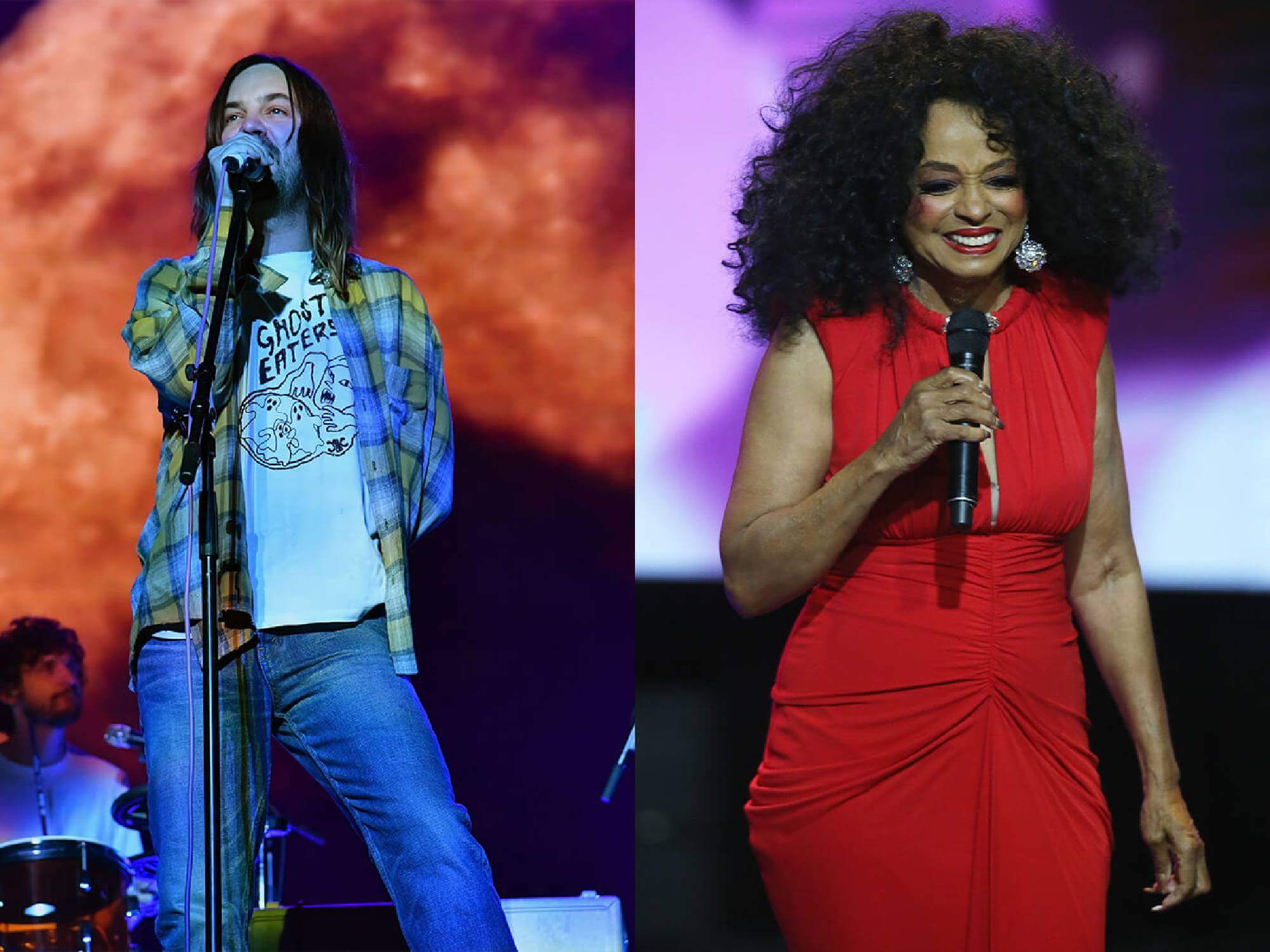 Diana Ross and Tame Impala appear to be gearing up to release a collaborative album set for a release sometime this year, according to a series of colourful posters that have appeared all over London.

According to reporting by NME, the posters seem to have appeared overnight on 8 May, and reveals that the yet-untitled project will be produced by Jack Anthonoff and features a host of guest stars including Phoebe Bridgers, St. Vincent, Thundercat, Brockhampton and Antonoff’s own band Bleachers.

No release date has been given, but the poster notes that the album is ‘coming soon’.

Rumours of a collaboration between Ross and Tame Impala first surfaced last year after a source informed The Sun that the two acts were working on a single together. Ross was “determined to push musical boundaries and challenge herself,” according to the source, who also shared that Ross was “really excited to work with Tame Impala and is ecstatic with the track” in a project that “melt[s] genres together”.

Ross is coming off the release of her new album Thank You late last year in November. The former leader of The Supremes worked on the album during the coronavirus lockdowns, and represents her first full project of original material in over two decades since 1999’s Every Day Is A New Day.

Tame Impala’s Kevin Parker has mentioned Diana Ross’ influence on his writing, saying in a 2020 interview with Relix: I’m always recording voice memos. I’m at that stage where I’m writing a lot of different stuff. I have no idea what form it will take.

“That’s a state I relish – rapidly scrolling through my mind, thinking, ‘Is it a throwback 70s Diana Ross disco hit, something I can give a young pop artist or can it be Tame Impala?’ Its destiny isn’t predetermined.”