Deadmau5 is launching his own online bank, virtual and physical debit cards to follow

The Deadmau5 debit cards will reportedly be accepted by 45 million merchants worldwide. 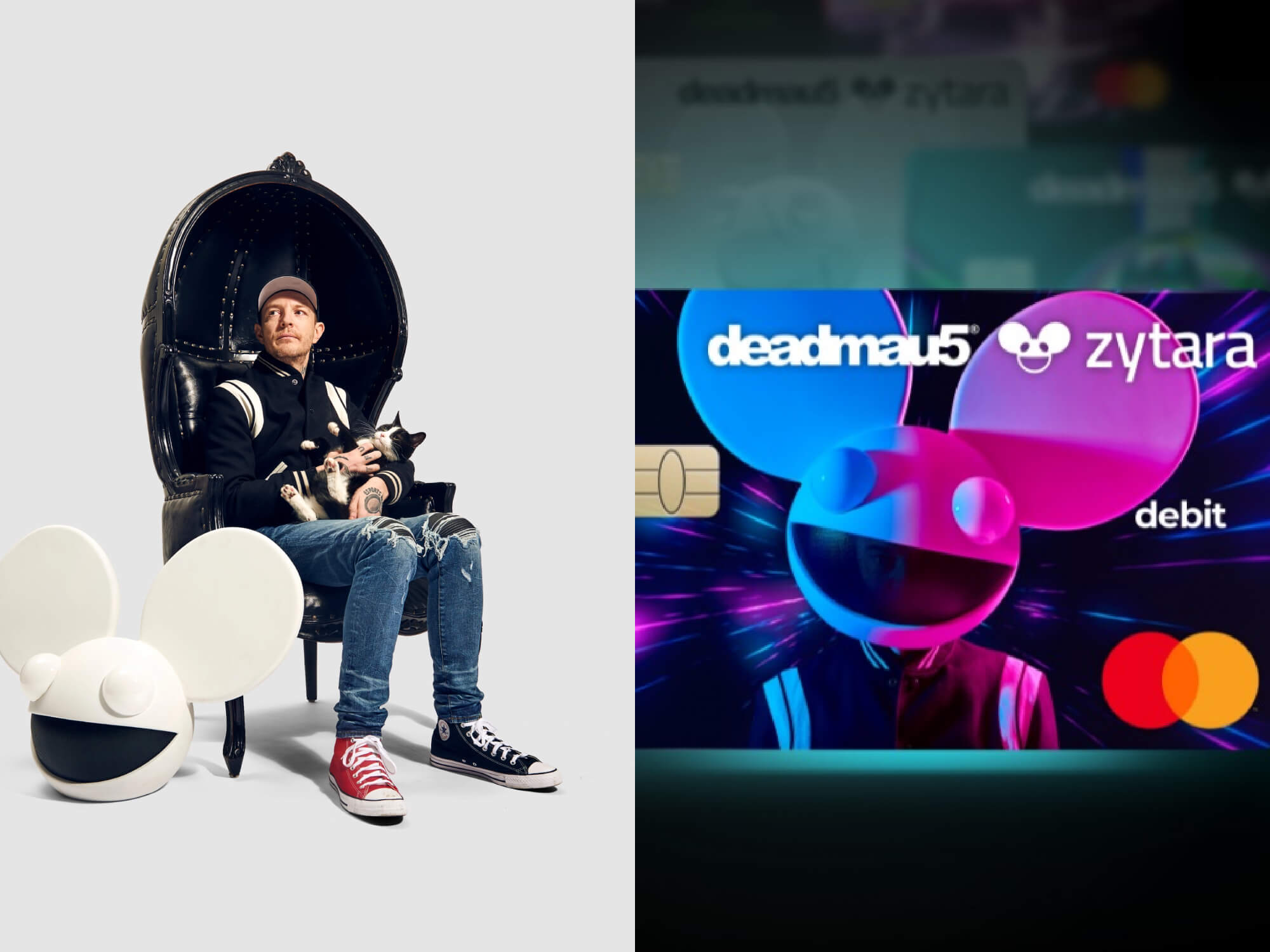 Deadmau5 has teamed up with digital currency company Zytara to create his own branded digital banking ‘experience’.

According to reporting by Billboard, Deadmau5 – real name Joel Zimmerman – will launch Deadmau5-branded physical and virtual debit cards and a Deadmau5 banking app as part of the endeavour. The Deadmau5 debit cards, which are only available in the US, will reportedly be accepted by 45 million merchants worldwide and will feature a selection of Deadmau5-related designs for fans to choose from, with the endeavour’s announcement video promising signing up for a debit card will only take “minutes”.

The Zytara x Deadmau5 card is issued by Sutton Bank pursuant to a license from Mastercard.

In a statement shared with Billboard, Zimmerman said, “I’m always on the look-out for ways to use technology to change experiences, which is why I was really excited when Zytara came my way – no one else is thinking about banking the way they are by making it easy to hold and transact in crypto, NFTs, and stablecoins, in addition to fiat currency.”

Zimmerman will also join the Zytara board as part of the collaboration, where he will “help enhance the creative direction for Zytara moving forward,” according to Zytara founder and CEO Al Burgio.

Zytara’s website does include the disclaimer that it is a financial technology company and not a bank. Zytara also includes the full-service NFT production studio, Zytara Labs, as part of its operations, creating NFTs for artists, brands and teams.

An earlier gameplay trailer appeared to show that shooting certain objects during live concerts will yield a selection of NFTs for fans to collect.