Temps is a new musical collective of over 40 artists, created by the comedian and podcaster. 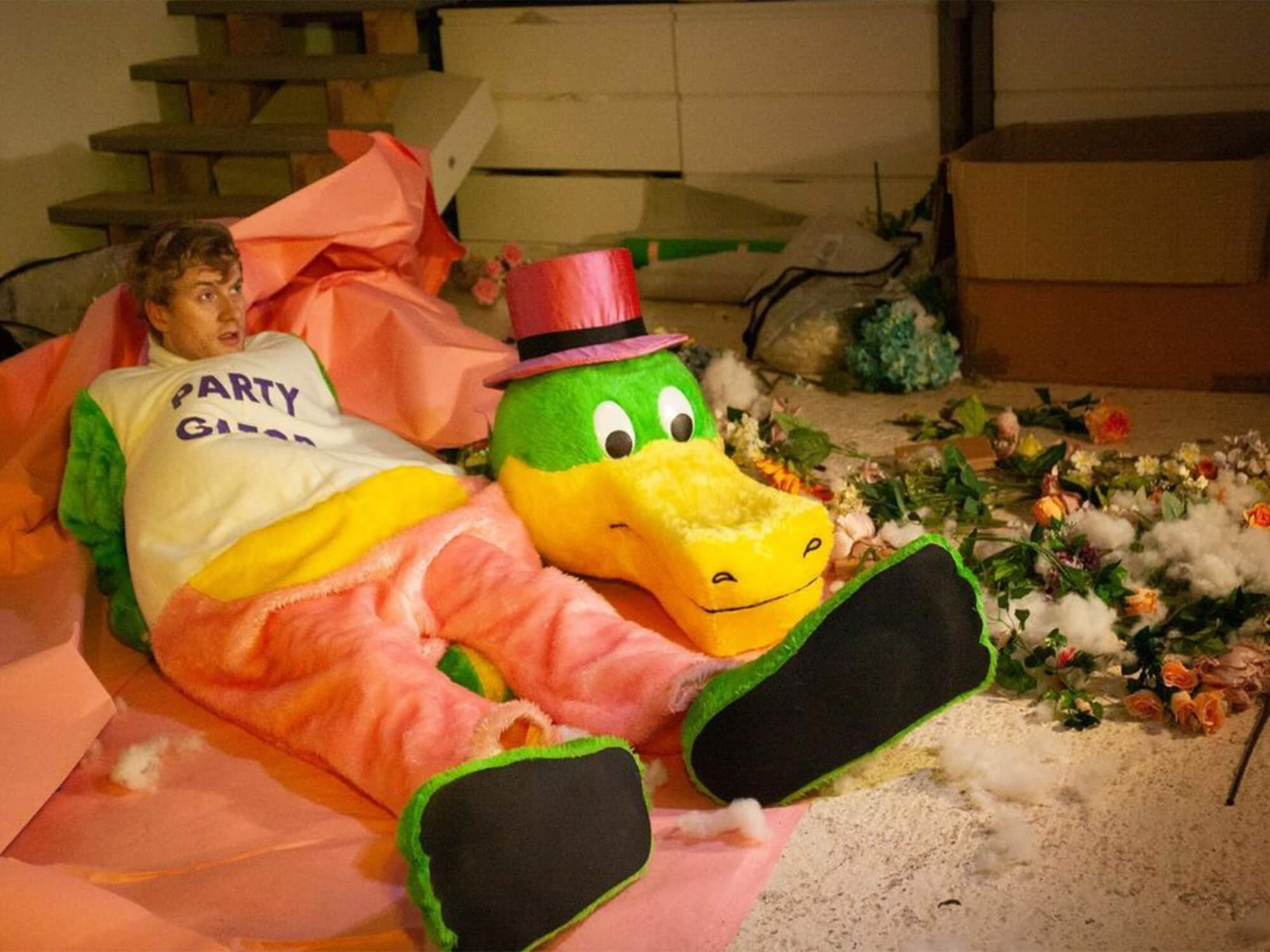 British comedian and podcaster – and now music producer – James Acaster has launched a new musical project, Temps, and the first single is out now.

Temps is a new musical collective launched by Acaster which features over 40 international artists (including himself). The first single, titled No, No, features Quelle Chris, Xenia Rubinos, Shamir, NNAMDÏ and Seb Rochford. Acaster is credited as the producer and one of the drummers of the track.

The music video sees Acaster dressed in a ‘Party Gator’ get up at a theme park – check it out below:

Acaster describes Temps as “DIY Gorillaz” and notes that the project came about in 2020 during the first COVID-19 lockdown. “I became completely obsessed with this project,” he said of the new collective. “It was all I focussed on for two years and we ended up making my favourite thing ever. I hope people enjoy it.”

Alongside being a co-host for the chart-topping podcast, Off Menu, Acaster has been hosting his own podcast, titled James Acaster’s Perfect Sounds, since April 2020, where he tries to convince listeners that 2016 was the greatest year for music. He also released a book, Perfect Sound Whatever in 2019 on the same topic.

Shamir has since Tweeted about the project, writing, “Working with James Acaster on music was funny because the time signatures he had us singing on… I for one was challenged but it was so fun! An evil genius I fear!”

Working with James Acaster on music was funny because the time signatures he had us singing on… I for one was challenged but it was so fun! An evil genius I fear!

Temps will be releasing a debut album next year which will supposedly take in atmospheric alt-rock, unorthodox hip-hop and loose jazz time signatures.

Gorillaz are also set to release their album, Cracker Island, next year in February. So far, new music has featured collaborations with artists such as Tame Impala and Thundercat.

Further information on Acaster’s project and the album release date are yet to be revealed.

You can listen to Temps on your preferred podcasting platform.