Users can ‘Explicitify’ their playlists too. 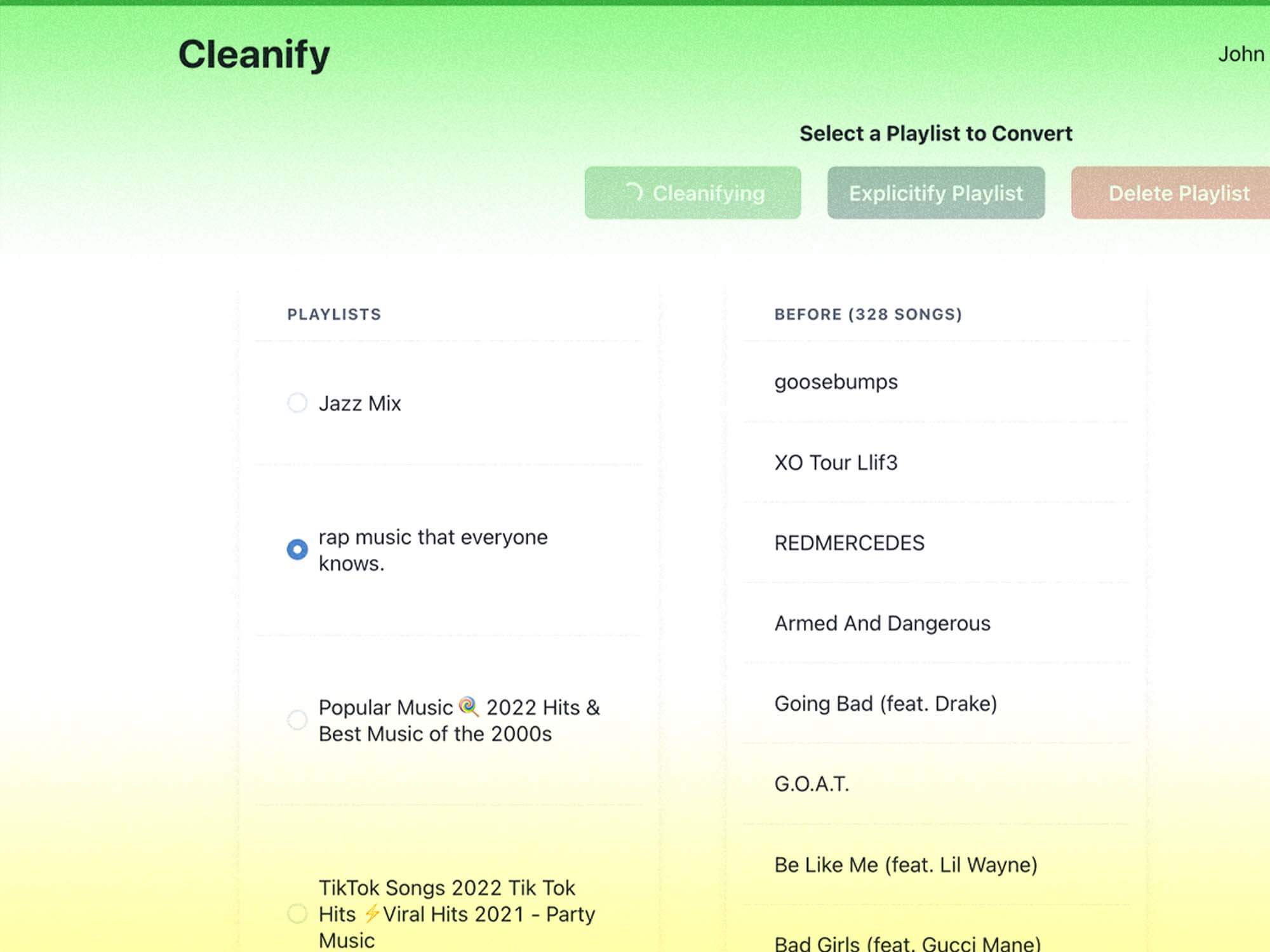 Having the wrong song on your Spotify playlist for the wrong occasion can be a horrific social faux pas, especially when you’re in a formal setting or tending to friends and family who may have children around.

Cleanify claims its app can help out in those times when you can’t screen through every song on the playlist to make sure it’s safe for work and life. The browser-based app does require access to the user’s Spotify account in order to clean up playlists, and users can direct the app to target particular playlists.

There’s also an option to ‘Explicitify’ the user’s playlists, which users may want to make use of once they go back to their normal listening habits.

Cleanify works by sending a request to Spotify’s API to search each song in the playlist. Each search result then checks if the song is clean and if the names of both songs are the same. Should there be a conflict if a song’s name is similar, the user can manually screen the results themselves to confirm if the song is indeed clean or explicit.

A version of Cleanify that works with the desktop version of Spotify can be downloaded from GitHub.

www.Cleanify.app – Made a website to Clean your Spotify Playlists from truespotify

However, since Spotify does not pay artists or songwriters directly — they pay the rights holders instead — most of the money actually goes to the labels and publishers, who then take a cut according to the artist or songwriter’s contract.

Spotify reportedly will soon be integrating live audio features into the main app.