The producer also made mention of Eno’s persuasion toward Logic’s factory software instruments. 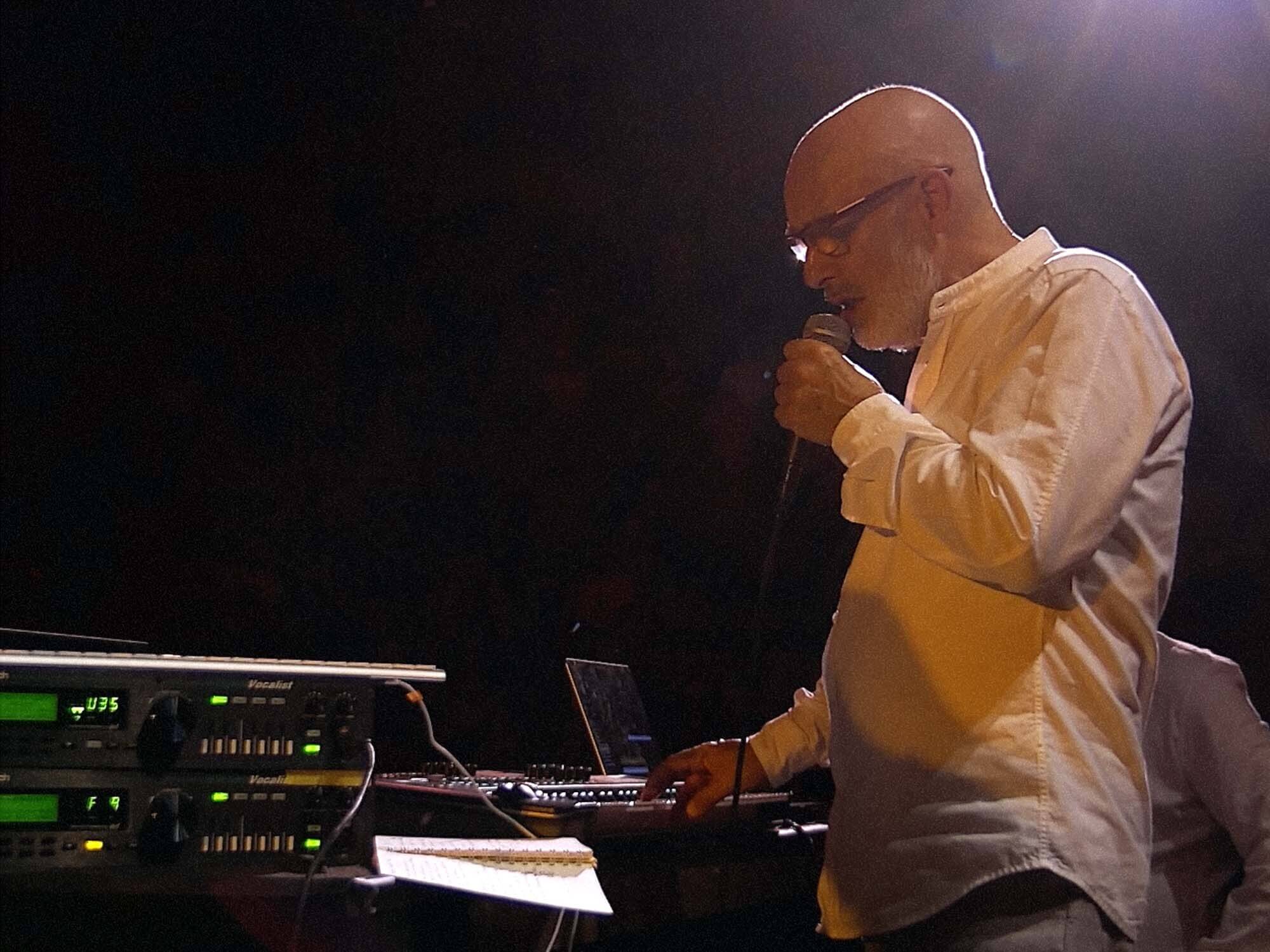 Brian Eno is never one to romanticise the studio techniques of the past. With his 22nd solo album freshly released, Eno’s collaborators have opened up about the prolific producer’s in-the-box approach to instrumentation as well as mixing.

In a new interview with Musicradar, stalwart Eno collaborator Leo Abrahams – who contributed heavily to the editing and post production of the album – gave insight into the workflow of the most recent Brian Eno long-player, making particular mention of Eno’s fondness for Logic software synths and plug-ins in lieu of hardware instruments and modular.

“We virtually did the whole album in his studio,” said Abrahams. “And if there was ever a fiddly job to do I’d just go into another room with my laptop, bounce everything out to Pro Tools and reimport what I worked on back into his Logic system.

“Except for the voice, Brian’s pretty much in the box,” Abrahams continued. “He’s great at making fabulous synth sounds using Logic soft synths and some third-party plugins and he did play guitar sometimes using a few pedals going into a Focusrite preamp and straight into Logic, but the days of him using modular synths are long gone.”

Abrahams, who first started working with Eno after the pair met by chance in a London guitar shop, explained that he too makes extensive use of software when it comes to crafting his guitar sounds. “When I do sound design on guitar it’s done through Ableton by building audio racks out of all sorts of different plugins,” he said, “which I’ll either bounce out or send straight into Brian’s computer.

According to Abrahams, however, Eno is quite happy to make use of Logic’s factory instruments. “Brian really does get great results from what’s bundled with Logic,” he explained. “He also uses a lot of sound treatment from Melda and some Native Instruments stuff, but he doesn’t really work with samples that much. He’s more about processing audio and programming Logic’s soft synths for sound creation.”