The actress behind Boo from Monsters, Inc is now a VJ and music festival organiser

Forget screams, Boo is all about the beats now. 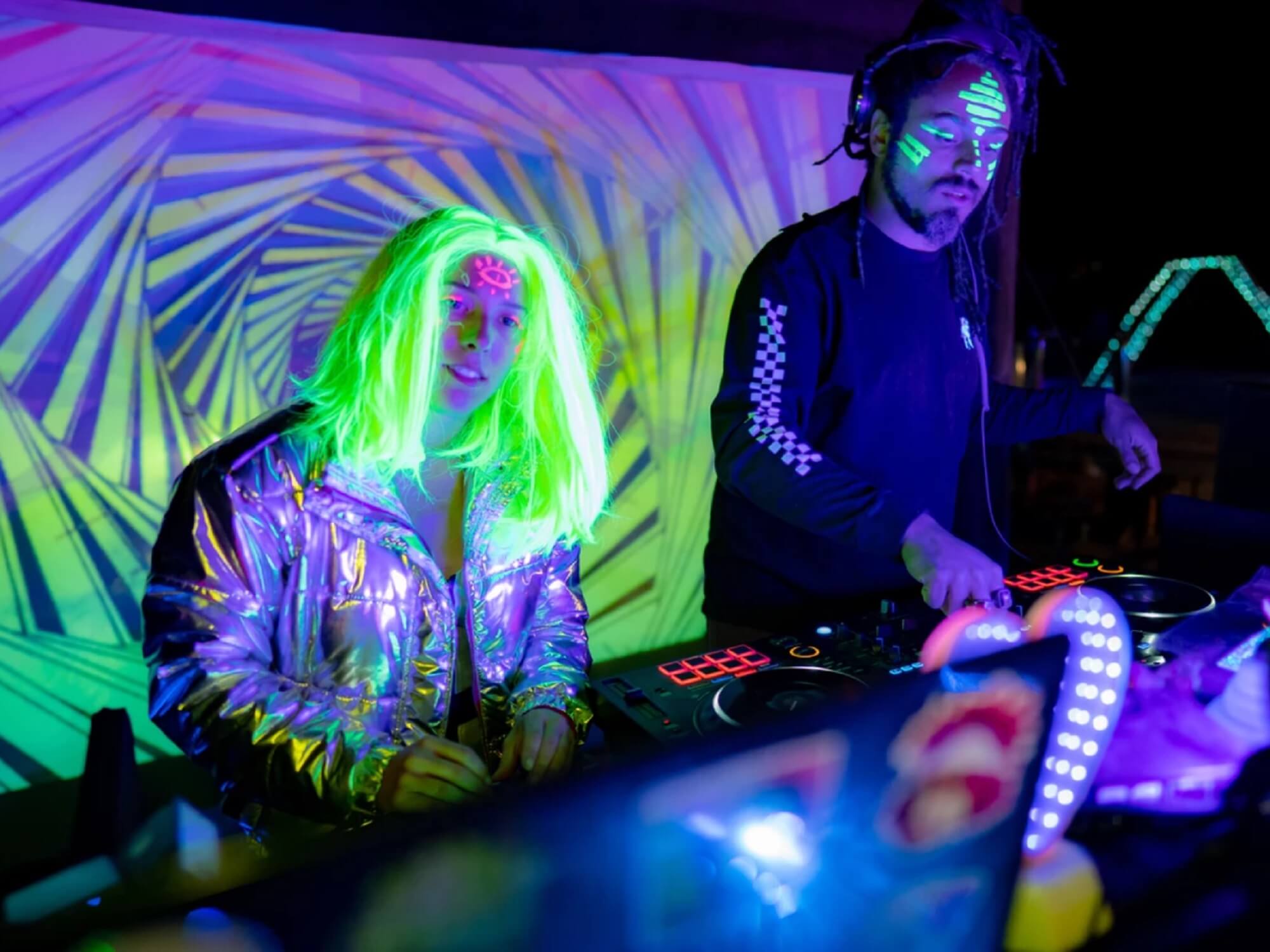 When child actors grow up, not all of them stay in Hollywood, and for Mary Gibbs, the voice behind the adorable Boo from Pixar’s 2001 classic Monsters, Inc, life after Hollywood is all about the rave.

Now known as Visual Boo, Mary has made a name as a VJ and a festival organiser, having successfully organised three previous iterations of her HYRE Fire & Flow Festival alongside DJ partner Spaceman. The next edition of the festival, which features DJ Zorro, Dub Sum Damage, Mikey High Jinks and PHNX, will be held on 12 to 14 November in California’s Apple Valley.

The 2021 HYRE Fire & Flow Festival will also feature workshops for participants to enjoy, including yoga, belly dancing, poi and hooping classes, with several more esoteric activities like manifestation and cosmic connection for those who are inclined during the desert camping event.

The final day of the event will feature a gala ‘family dinner’ with performances as well as a viewing of Burning Man: The Musical on a 20-foot projector screen.