In the music video, Björk wears a full-length moss dress in an underground rave 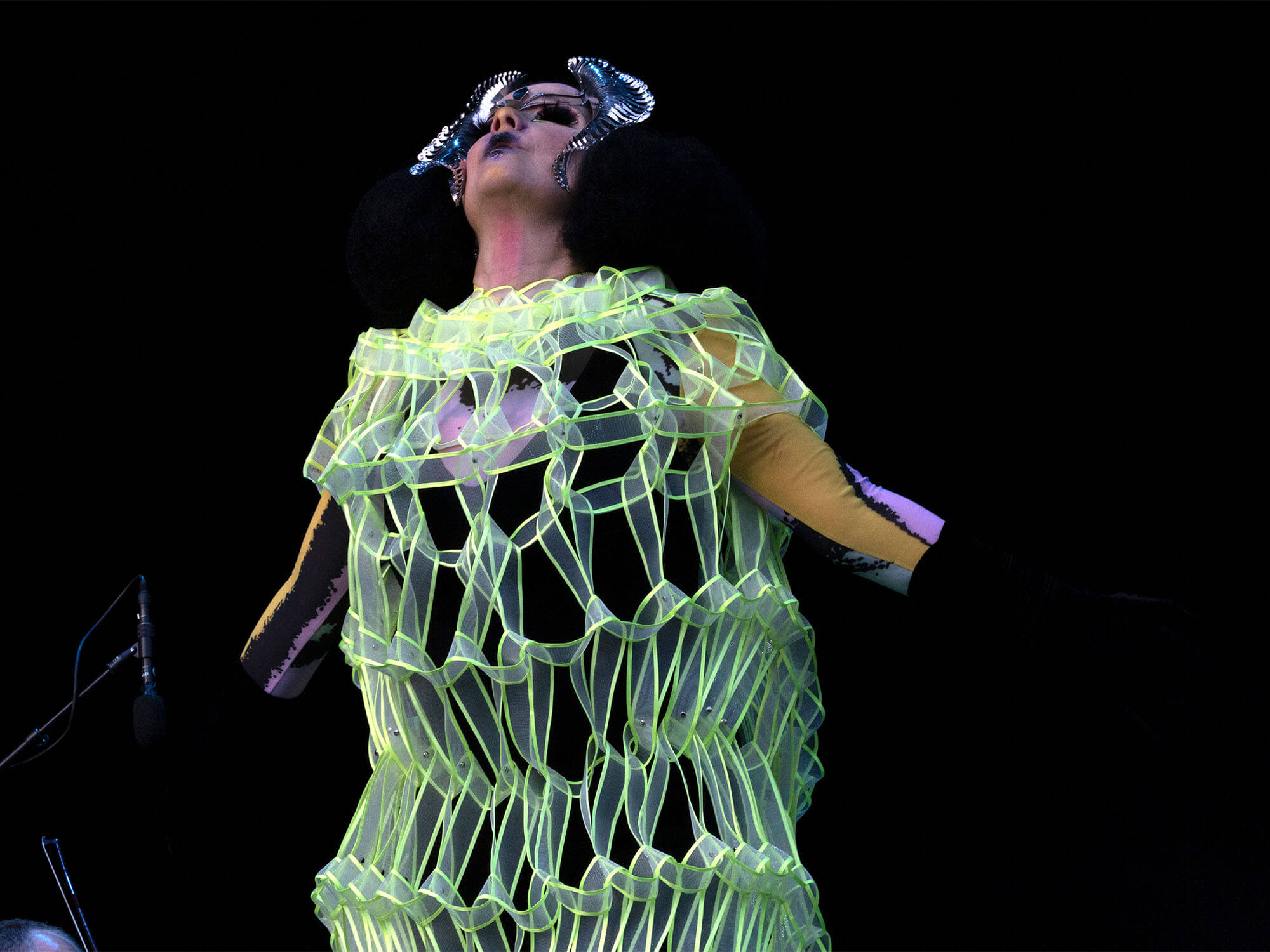 Björk has released the first single, Atopos, from her upcoming “biological techno” album titled Fossora, accompanied by a trippy music video where she rocks a moss dress at an underground rave.

The unusual fungi-inspired approach to her new record is said to have been accelerated by Indonesian techno duo Gabber Modus Operandi, who contributed to the album. Speaking on the album in a previous interview, Björk said, “[I was trying to emulate] a pacifist, idealistic album with flutes and synths and birds, they’re taking tradition into the 21st century, which I really respect. They do it like nobody else.”

The track features her famous warbling vocals alongside creatively patchy woodwind instruments and pounding bass and drum work. You can listen to the track and watch its accompanying video below:

In a statement shared on Instagram, she wrote: “I am so happy to share with you the first video of my album to the song ‘Atopos’. Because of the enormous importance of bass in this song, could you please play it loudly?”

In another more recent post she revealed the main inspiration behind the first single, writing, “The title to the song Atopos is inspired by what Roland Barthes describes so magnificently in his book ‘A Lover’s Discourse’. It is about the unclassifiable OTHER, the one which we love or hate, who is the OTHER?”

The track was produced by Björk (according to credits on Spotify) and the album is said to include tracks written in honour of her mother, an environmental activist who died in 2018. Formed as a way for the artist to process her grief, Fossora also incorporates guest appearances from New York-based experimental artist Serpentwithfeet, as well as backing vocals from her son, Sindri, and daughter, Ísadóra.

In addition to the album, which is set to be released this autumn, Björk is also planning to launch a podcast series about her discography. Fossora is due for release on September 30.