Auto Ducking: Benn Jordan gets feeding ducks to play beats on his MPC

Jordan used an arduino to convert the rapid-fire bite action of feeding ducks into drum samples. 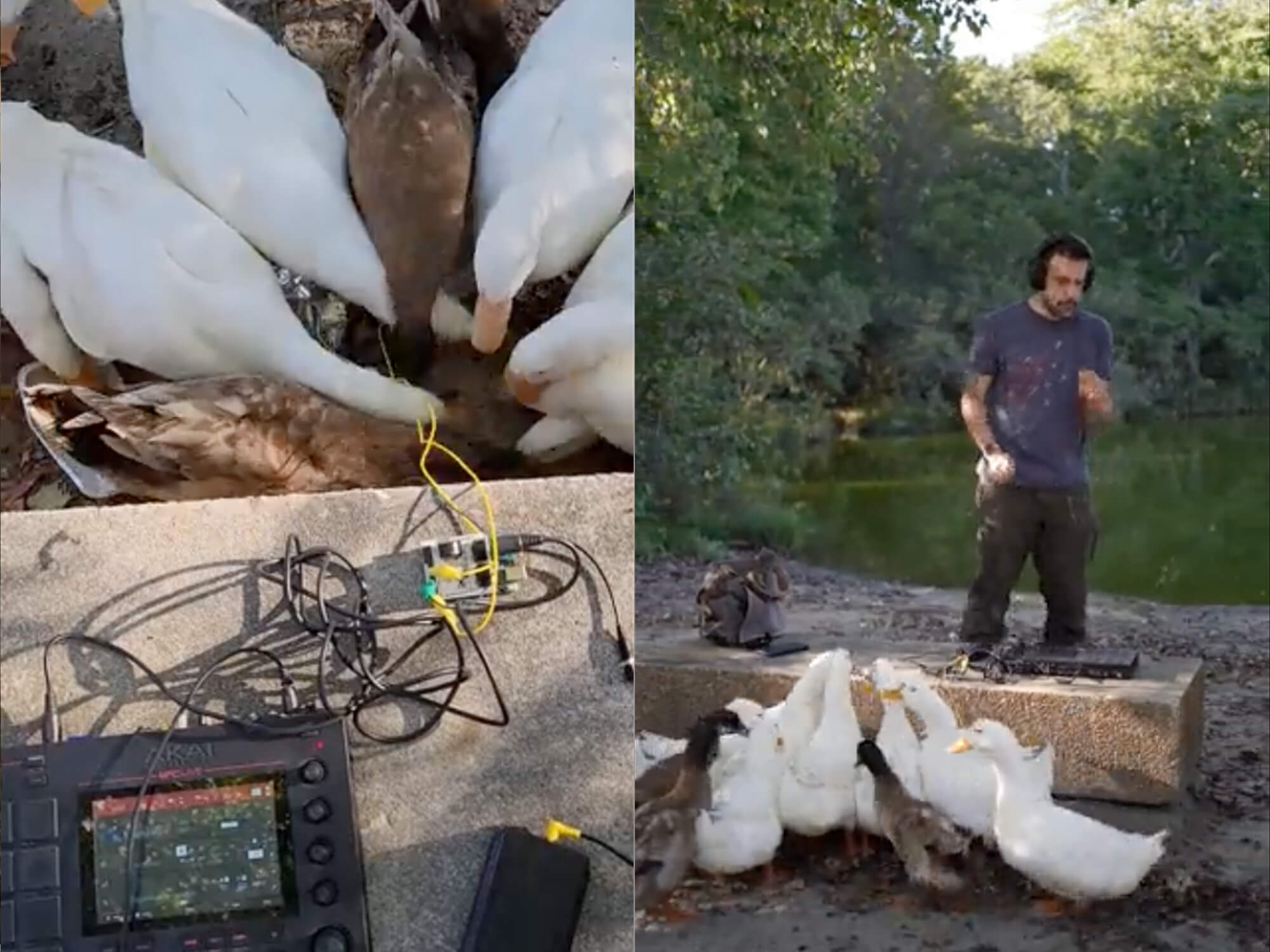 Music is all around us, from the rhythmic strides of people late for work to the screeching halt of a subway train as it reaches its destination. One of our roles as music-makers is to make sense of the sonically vast world we live in and to be endlessly curious about the possibilities of arranged sound, no matter how random the circumstance. Benn Jordan has put this ethos to practice, getting ducks at the local pond to trigger drums on an MPC.

Armed with an Arduino, crocodile clips and three aluminium trays filled with duck feed, Jordan managed to convert the rapid-fire bite action of feeding ducks at a local pond into triggers for samples. The results were chaotic at first, but nothing that couldn’t be fixed without some quantisation. Check out the full clip, shared by Jordan on Twitter below:

Since everyone is cropping this and sharing it as their own, I may as well upload the uncropped version 😅 pic.twitter.com/5ZssT8VNLB

Jordan has made music under a slew of different pseudonyms, including The Flashbulb, Human Action Network, 66x and more. Under his own name, he released Seven Quarantine Poems this year, in which he confined himself to writing music on just one instrument: the piano.

He’s also a prolific content creator, publishing videos on YouTube in which he critiques trends and techniques within the music tech industry.

Earlier this year, Jordan spoke out against NFTs due to their harmful effects on our environment in an explainer video that broke down how NFTs and the blockchain work, and why waiting for Ethereum 2.0 could be the more environmentally conscious thing for artists to do.

“Artists are currently playing the role of Ethereum hype-men, and the mainstream attention is driving transactions much higher,” Jordan said in a follow-up comment to his video. “Artists actually have the power to incentivize expediting the move to Ethereum 2.0 and other PoS blockchains, and I’m not sure there’s a bigger possible impact on climate change that an individual artist has in their lifetime than being part of that.”