Watch: Andrew Huang and Rob Scallon race against the clock to write a 10-track album in a day

This year’s release, Gotta Record Everything Good, is available to stream now. 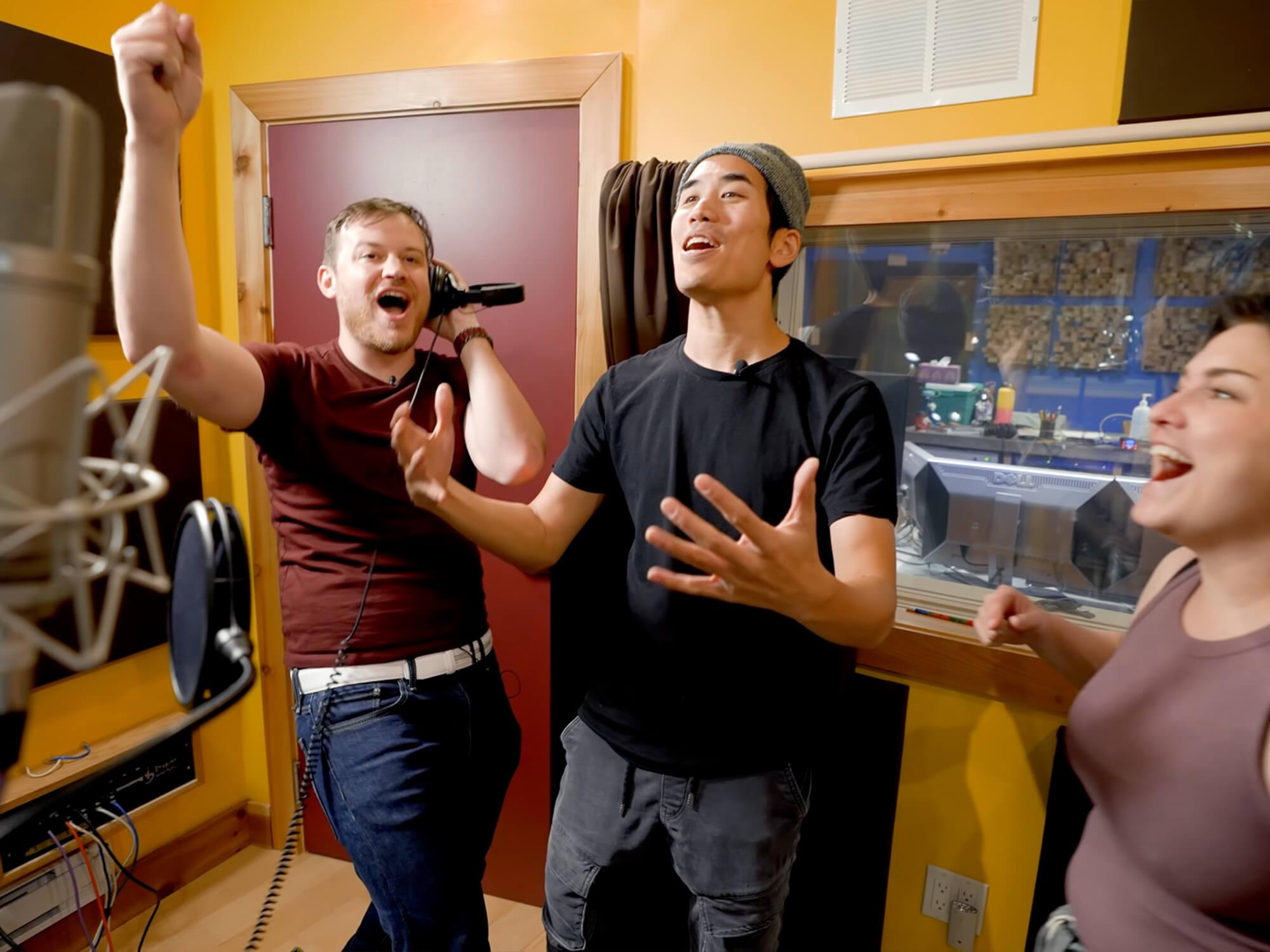 Andrew Huang and Rob Scallon have, for the third year in a row, come together for a day in the studio to write and record a 10-track album against the clock.

First Of October, the project name of the duo, is named after the date on which they get together each year to take on the self-prescribed Album In A Day challenge.

This year’s release, Gotta Record Everything Good, was successfully completed in a 12-hour window and is available to stream now. This time, they even managed to hit the 11-song mark.

A large portion of the record leans toward rock, with drums, guitars and a healthy amount of pedals featured to create its sounds. To make sure they didn’t lose track of time during the session, the duo gave themselves around 50-minutes to write and finish each song.

Both Huang and Scallon documented the process for their respective YouTube channels. This year’s session took place at Imagine Sound Studios in Toronto, Canada. The pair were assisted by engineer Rob Ruccia, who not only stayed ever vigilant at the desk throughout the session, but also mixed and mastered the final results.

Those curious how the duo fared in their latest session as compared to their first can watch the first challenge here.