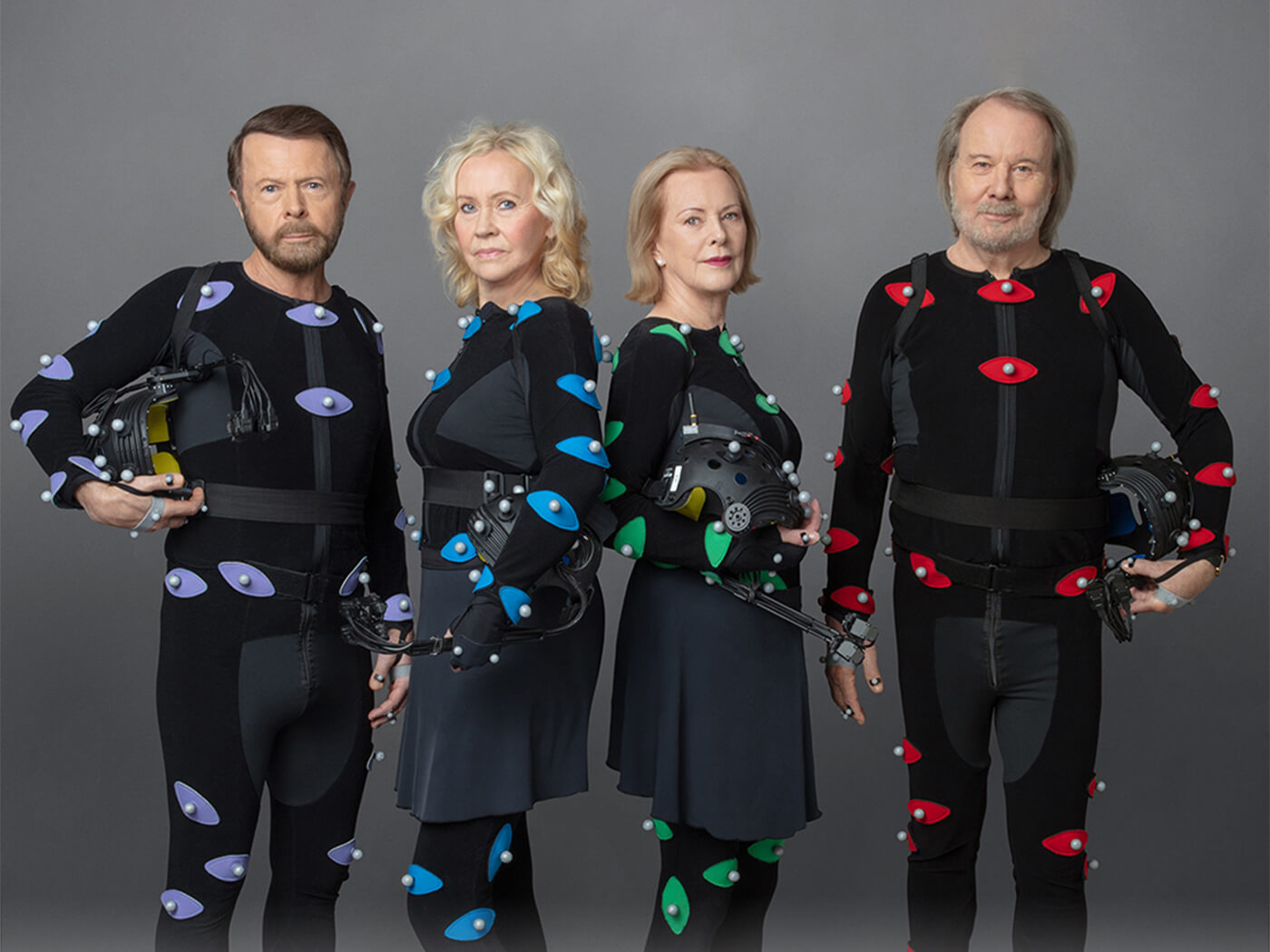 ABBA are back, announcing a new album after 40 years and a “revolutionary” live concert experience using motion-capture technology, staged in a purpose-built arena in London.

The new album is titled Voyage, and arrives 5 November through Universal. The Swedish pop legends have shared two singles from the release: I Still Have Faith In You and Don’t Shut Me Down.

The concert experience, titled ABBA Voyage, uses digital technology to ‘de-age’ the group to “their prime” in 1979. It enlists a 850-strong team from Industrial Light & Magic, the visual effects company founded by George Lucas.

A press conference yesterday explained that members Benny Andersson, Agnetha Fältskog, Anni-Frid Lyngstad and Björn Ulvaeus performed in motion-capture suits to 160 cameras, allowing the technical team to capture “every mannerism, emotion and the soul of their beings” to create something that’s not “a copy of ABBA, but actually them.”

Shows will take place with a 10-piece band at the ABBA Arena, a planned 3,000-capacity venue in Queen Elizabeth Olympic Park. Performances open on 27 May 2022.

See how ABBA were filmed in their motion-capture suits and their “ABBAtars” created for the concert:

Björn Ulvaeus described the group’s return after 40 years as a “very emotional” experience.

“There were memories rushing back, or should I say the relationships and bonds that we have. It was great,” he told British radio presenter Zoe Ball during the announcement. “We went into the studio knowing that if we didn’t think it was up to scratch then we wouldn’t never release it. We’re really proud of it.”

He added: “There’s also an old saying in the music industry: you should not leave more than 40 years between albums.”

Pre-sale registration for tickets open now. ABBA Voyage tickets will go on general sale next Tuesday, 7 September from 10am.