The Music Producers Guild Awards 2016 took place on the 3rd of Feb at Grosvenor House, London. Another amazing night where several of the biggest and brightest names in the production world were honoured. Read on for the full story… Official Info London, UK. February 4th 2016: Producer Charlie Andrew received the top award at […] 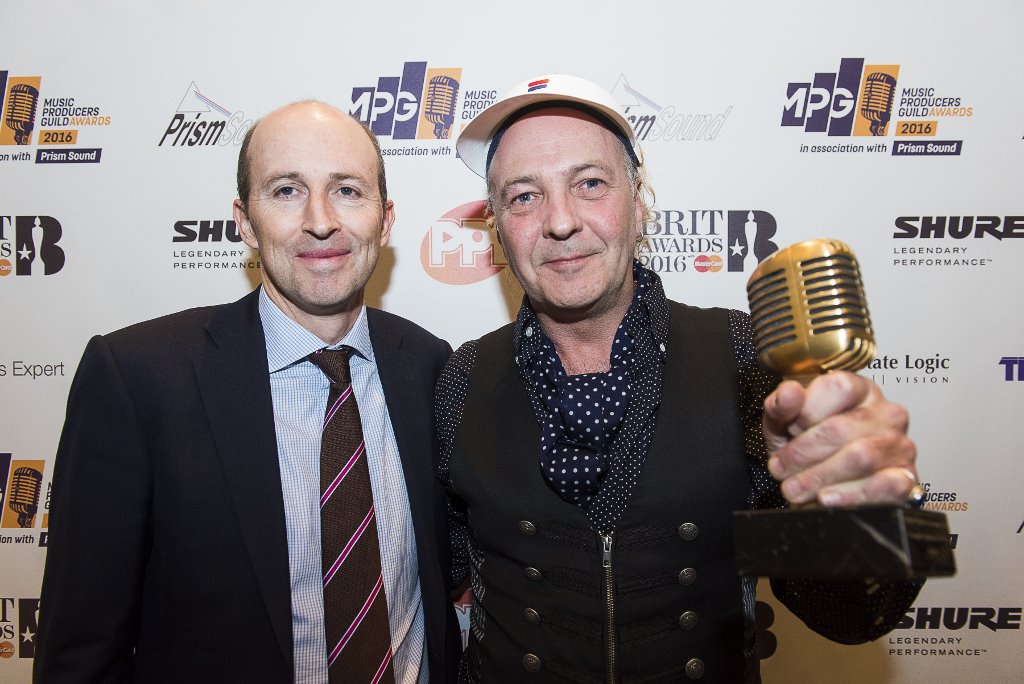 The Music Producers Guild Awards 2016 took place on the 3rd of Feb at Grosvenor House, London. Another amazing night where several of the biggest and brightest names in the production world were honoured. Read on for the full story… 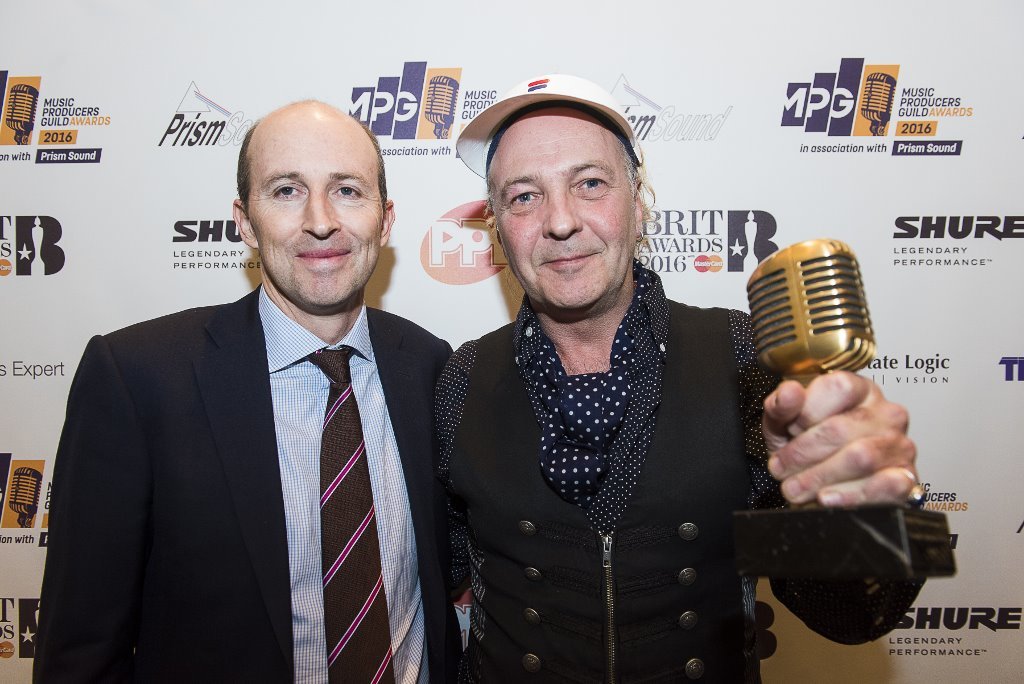 Andrew, who received the MPG Award for Breakthrough Producer in 2013, was nominated for this year’s Producer of the Year Award for his work with Alt-J, Marika Hackman and Sivu. Winning this honour meant that he automatically received the 2016 BRIT Award for Best Producer, which was presented at the same time.

While FKA twigs won the Awards for UK Single (Pendulum) and UK Album (LP1) of the Year, both of which she co-produced. There was also an MPG Inspiration Award sponsored by Universal Audio, for Sylvia Massy, whose hugely successful career in the recording industry has embraced many roles including producer, engineer, mixer, writer, artist and educator.

Now well established as an annual music industry event, the MPG Awards 2016, in association with Prism Sound, also honoured producer and artist Youth (Martin Glover) with the MPG’s Outstanding Contribution to UK Music Award, sponsored by PPL. Youth, who is one of the founding members of Killing Joke, later took to the stage to entertain guests with a live performance featuring a number of the artists he has produced over the years including Killing Joke, Alex Paterson from the Orb and The Verve’s Richard Ashcroft. 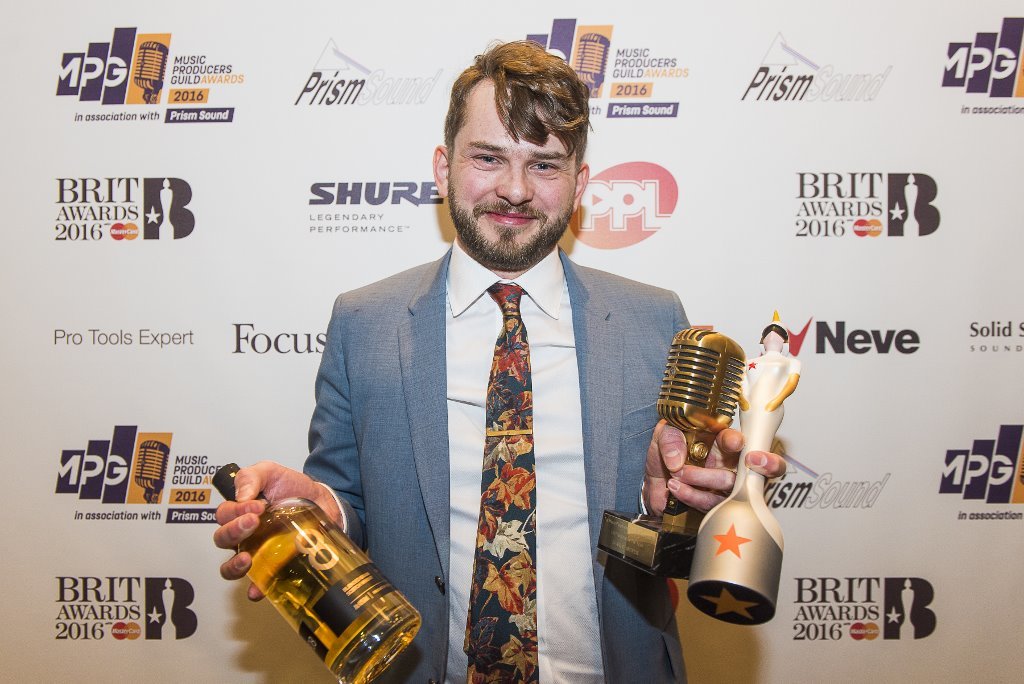 Introduced in 2009 to recognise the enormous contribution made by recording professionals to the success of the UK’s music industry, the MPG Awards regularly attracts a high turnout of music industry VIPs and celebrities. This year was no exception with over 350 people attending the event, which moved to Grosvenor House to accommodate increasing demand for tickets.

Tony Platt, MPG Awards Director, says: “The diversity of talent winning MPG Awards this year is truly outstanding and we are proud to be reflecting the ever rising number of women in the top tier of music making. It was yet another all-round great night for the UK music business.”

The 2016 MPG Awards saw a total of 16 Awards presented. These included the MPG Award for Innovation sponsored by Audio Note, which was won by Geoff Emerick who engineered all but a few of the Beatles’ recordings between 1966 and 1968. There was also a Special Recognition Award for former PPL chairman Fran Nevrkla in honour of the sterling work he has done over the years to promote the financial interests of recording professionals. 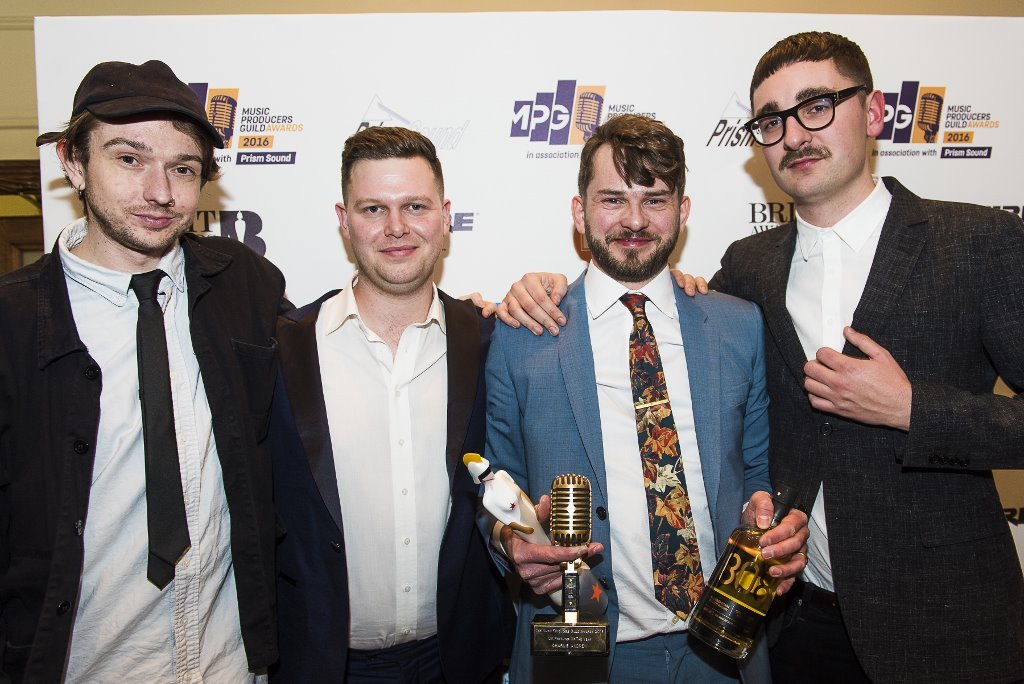 UK Producer of the Year, sponsored by The BRITS 2016:
Charlie Andrew

Mastering Engineer of the Year, sponsored by SADiE and Transco Blanx:
John Davis

UK Album of the Year, sponsored by G-tech and Jigsaw24:
FKA Twigs – LP1

Re-mixer of the Year, sponsored by Prism Sound:
UNKLE

Breakthrough Producer of the Year, sponsored by Focusrite:
Catherine Marks

Studio of the Year, sponsored by Avid:
Air Studios