When your boss asks you to work late, but beats = life. 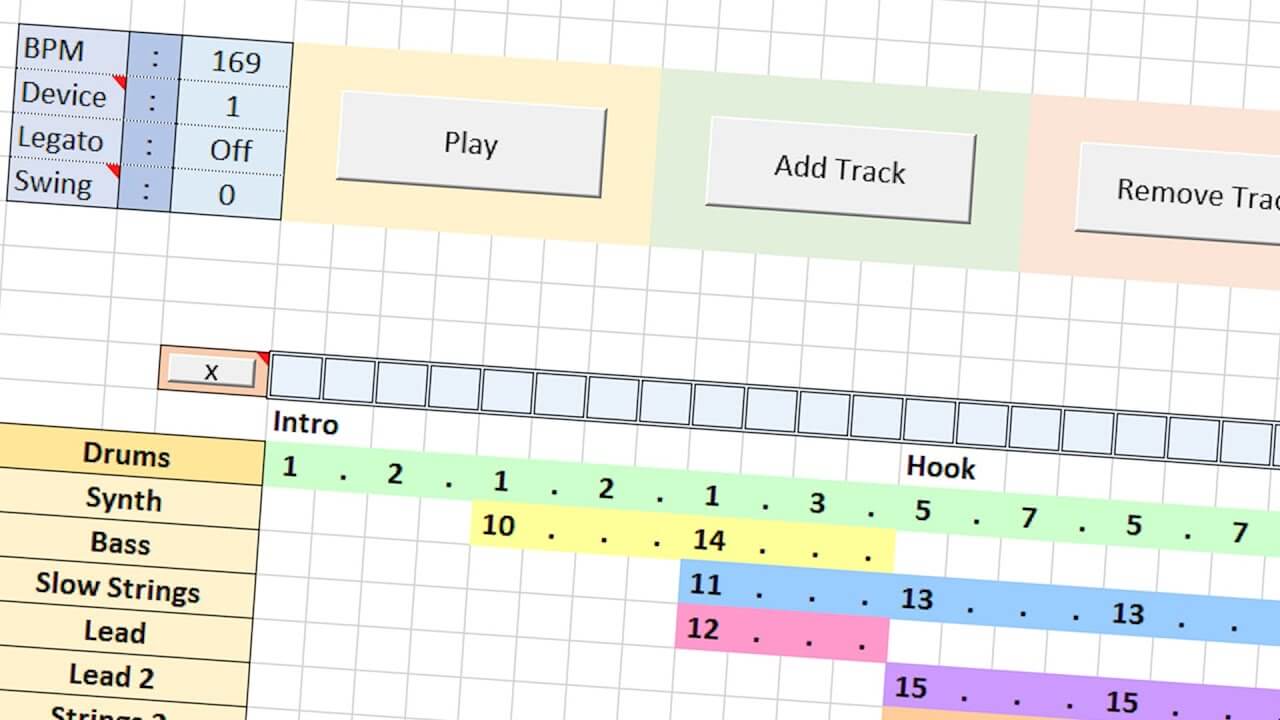 Not too long ago Dylan Tallchief, a YouTuber with a focus on electronic music content, made a drum machine in Microsoft Excel. It blew up in the music technology community, for obvious reasons – it was little known among us that Excel had the actual power to run a drum machine. Especially after a meme was circulating across social media of an Excel sheet set up to look like a DAW.

Now, Dylan has achieved this pipe dream and has created xlStudio, a fully functioning DAW within Excel, complete with arrangement view, transport control, looping functions, Export to Live and so much more. There’s even a piano roll that you can input MIDI data, such as notes and velocity values, to then be read by Ableton Live once you import the track into it.

A more powerful and surprising part of the piano roll is the ability to instantly select and deploy chord structures with one note. As Dylan shows in the video example, by typing ‘m’ (for minor) on a root note, Excel will automatically play the notes required to create the desired chord. Other chords include major, diminished, augmented, dominant, minor 7, major 7, minor 9 and major 9.

Of course, it’s unlikely that you’ll be creating hit records on xlStudio – at least until Dylan has figured out how to load plug-ins and hook up hardware into the ‘DAW’. Still, it’s interesting to see how limitations can be pushed to inspire new, creative ideas. The biggest question raised from this venture is: “how far can we push Microsoft Excel?”. Here’s hoping Dylan Tallchief returns with a crazy new way to shock us once more.