The instrument was conceived as designer Elias Jarzombek’s thesis project. 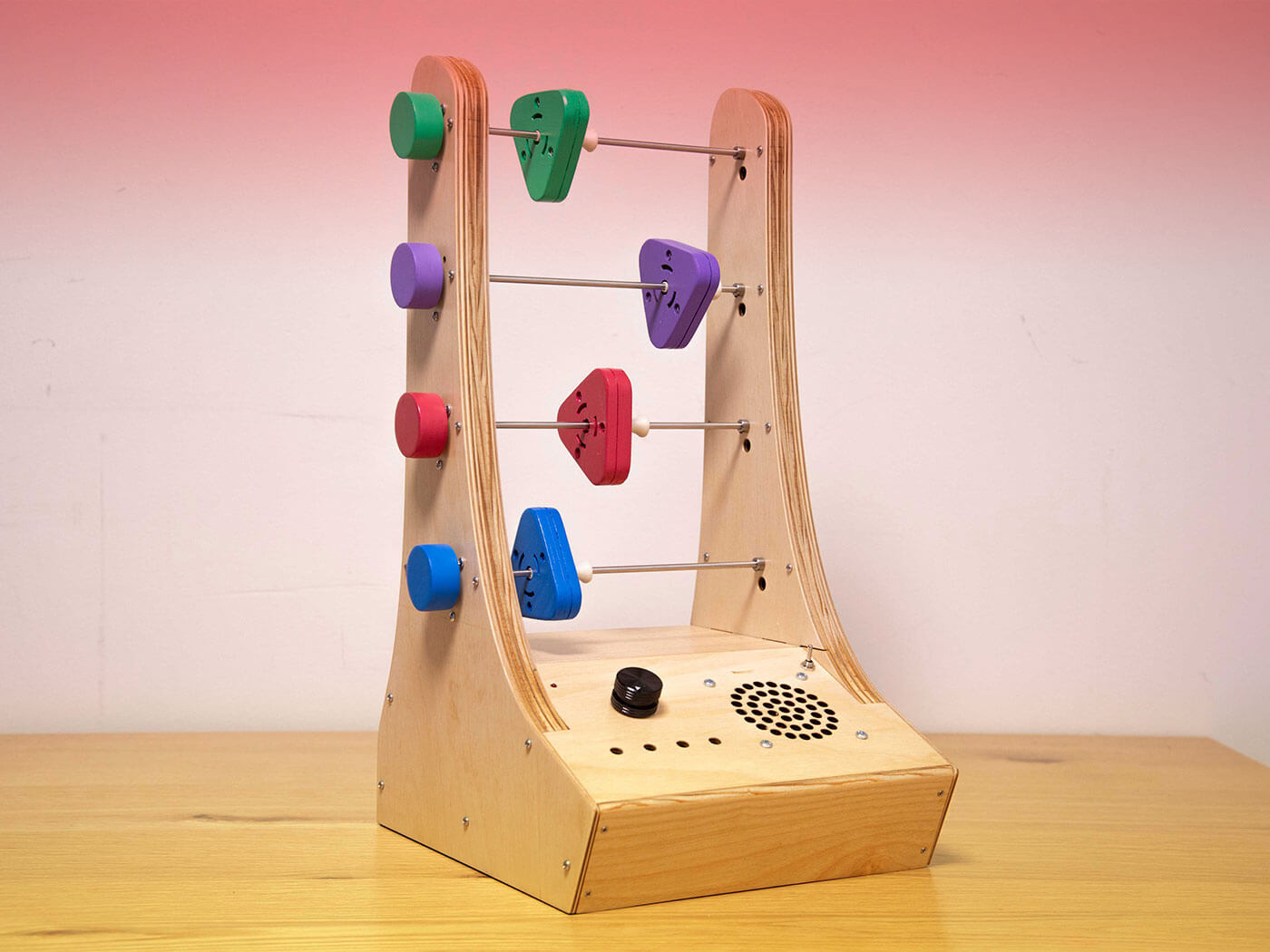 You may not have seen or played with an abacus for a while. The counting frame dates back to ancient times as a predecessor of the calculator, but designer Elias Jarzombek has found another use for the abacus interface: as a synth. “Just like an abacus is used to learn the fundamentals of math,” he says, “the Abacusynth can be used to explore the building blocks of audio synthesis.”

The Abacusynth interface is based around four horizontal rods, each holding a shape (which is a fidget spinner in an enclosure) that users can move, manipulate and spin to create timbral shifts in the synth’s output. Light sensors respond to the position and rotation of the shapes, while encoders down the left side of the frame also influence parameters such as waveform or harmonic. It even has a built-in speaker.

As Jarzombek explains, the principle behind the Abacusynth was driven by accessibility and tactility. Upon powering up, the Abacusynth immediately begins to emit sound, so users can get to work playing with it straight away. “The interface organises the timbral building blocks in a visual and spatial interface that prioritises interaction and invites experimentation,” the designer says. “My goal with the physical device was to create an instrument that someone could interact with immediately and directly. And since the original inspiration is a physical object anyway, I already had a sense of how the interactions could translate.”

The physical Abacusynth follows a free plug-in version, created by Jarzombek for Ableton Live and which follows the same concept of placing and manipulating shapes on rows. With both, the goal remains the same: to encourage experimentation and broad strokes when creating electronic sound. 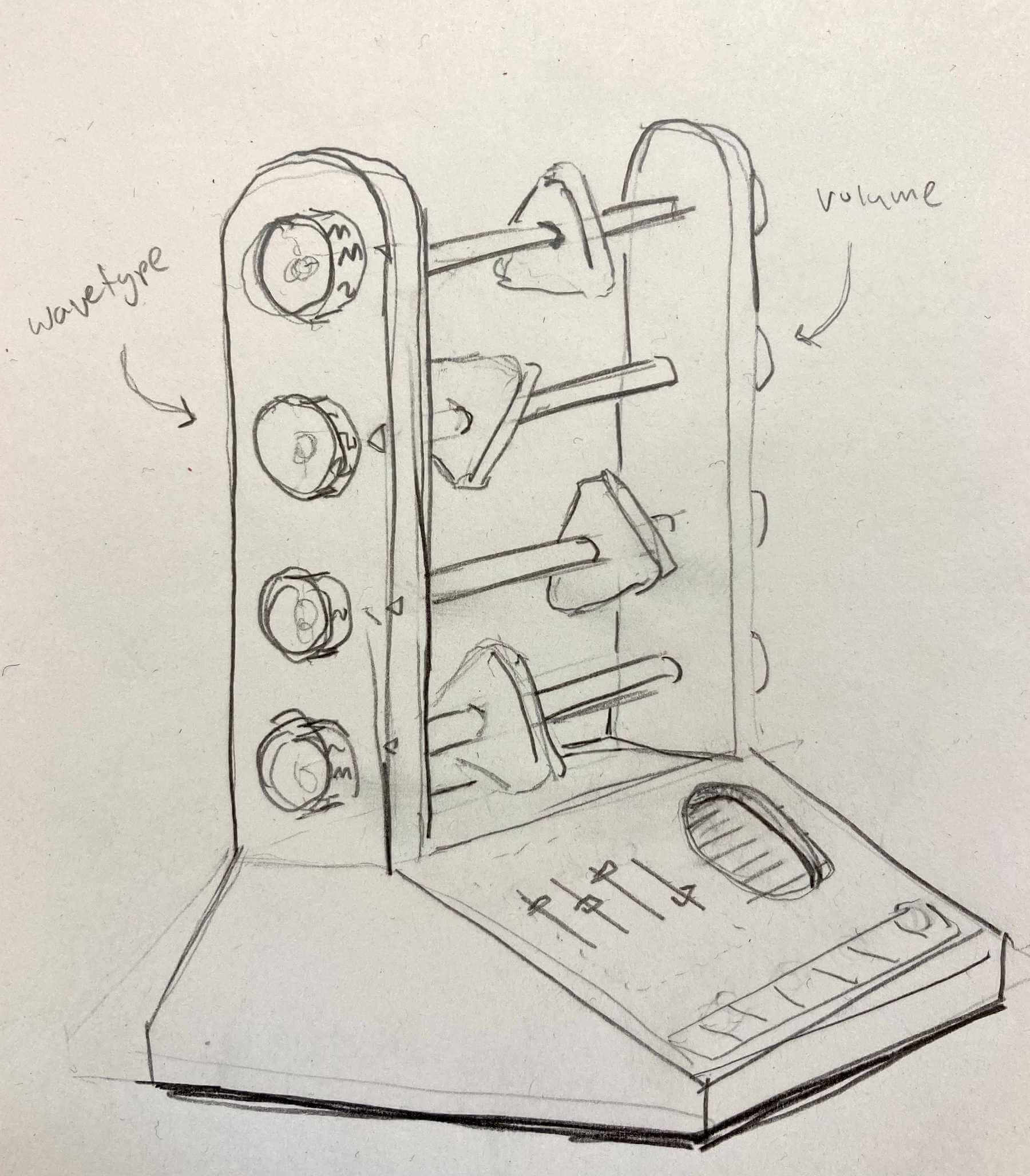 “Most synths cater to the ‘Big C’ creator, the professional or virtuoso who requires granular control in order to achieve their goal, and who is either willing or required to learn complex interfaces in order to do so,” Jarzombek says. “My target user is a “little C” creator, someone who is being creative just for the fun of it, and is more interested in feeling good while creating, instead of being focused on the outcome. This type of engagement is just as creative as “Big C”, but is not studied or considered as much when talking about design.”

As Jarzombek’s thesis, the Abacusynth is not as of yet a commercially available product. The designer nevertheless has ambitions to expand its design, having designed the instrument’s inner section to be removable and swapped with other interface styles. “Additionally, the core concept could be reduced to individual modules that could be stacked or linked together in some way,” he adds.

Take a look at the video below: