Created by Matt Tytel, the developer of semi-modular synth Helm. 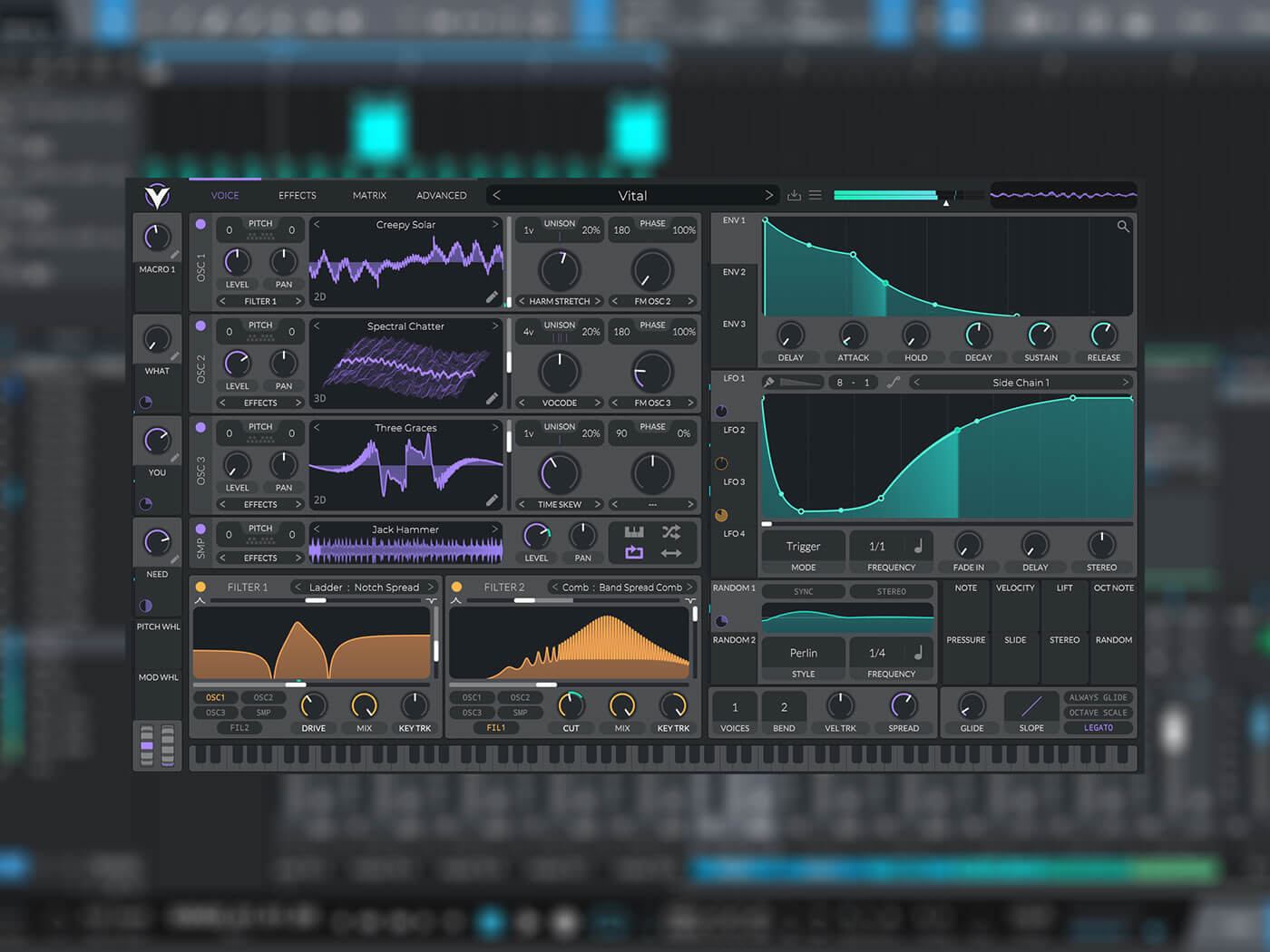 After a year or so of sharing the journey of development, Matt Tytel has released his spectral warping wavetable synth, Vital. Tytel is known for creating Helm, a free subtractive semi-modular synth, which we said is one of the best freeware synths on the internet.

A synth with vitality

Vital takes things up a notch, with the free version boasting 25 wavetables and 75 presets, and the Pro version amassing more than 150 wavetables, 400 presets and unlimited access to the unique text-to-wavetable feature. Its spectral oscillator warping means that you can easily manipulate the harmonics of a wavetable to create new timbres and textures.

Three wavetable oscillators are onboard with their own waveshapers, unison modes, phase adjustment and a wavetable editor. The latter lets you draw in new custom wavetables using a grid with adjustable resolution. Right-click the oscillator and you’ll find options to resynthesise presets into new wavetables and access the text-to-speech function. This is a smart feature, whereby a phrase or letter can form the basis for a wavetable  – but you’ll need a stable internet connection to get this going. There is also a filtering section just below for shaping the sound of the oscillators, with plenty of modes.

Vital has a comprehensive modulation matrix, with eight routable effects, including chorus, phaser, reverb, delay and more. Four stereo-splittable LFOs and three envelopes can be easily set to modulate parameters within the synth, as well as two randomizers and options for note, velocity, MPE values and more.

If you were to have a quick browse through the presets, you’d realise how much Vital has to offer. A shepherd’s tone preset is included for endless rises, as well as ones which make use of the ability to import samples as wavetables.

You’ll also notice that Tytel has focused on creating a GUI with clarity and a high ease-of-use factor. Vital has the option to view waveforms in 3D, which is a nice touch, as well as realtime feedback on oscillator modulation. It seems like navigating the synth is a breeze. The plug-in window is resizable, which might seem trivial but can be essential for some producers.

After tinkering around a little bit on this synth ourselves, we suggest to download it and see what it’s capable of. If you think it might be a vital addition to your synth arsenal, you can get even more power with the Plus version, which costs $25, and the Pro version, which is priced at $80. You can also subscribe for $5 per month. It’s available now in VST, VST3, AU and LV2 formats for Windows 10, macOS 10.12 and above and Ubuntu Linux 18.04 and above.