MusicTech 209: How to build a studio on a budget

In this issue: we’re watching our wallets with a guide on how you can create an effective studio with a limited budget. 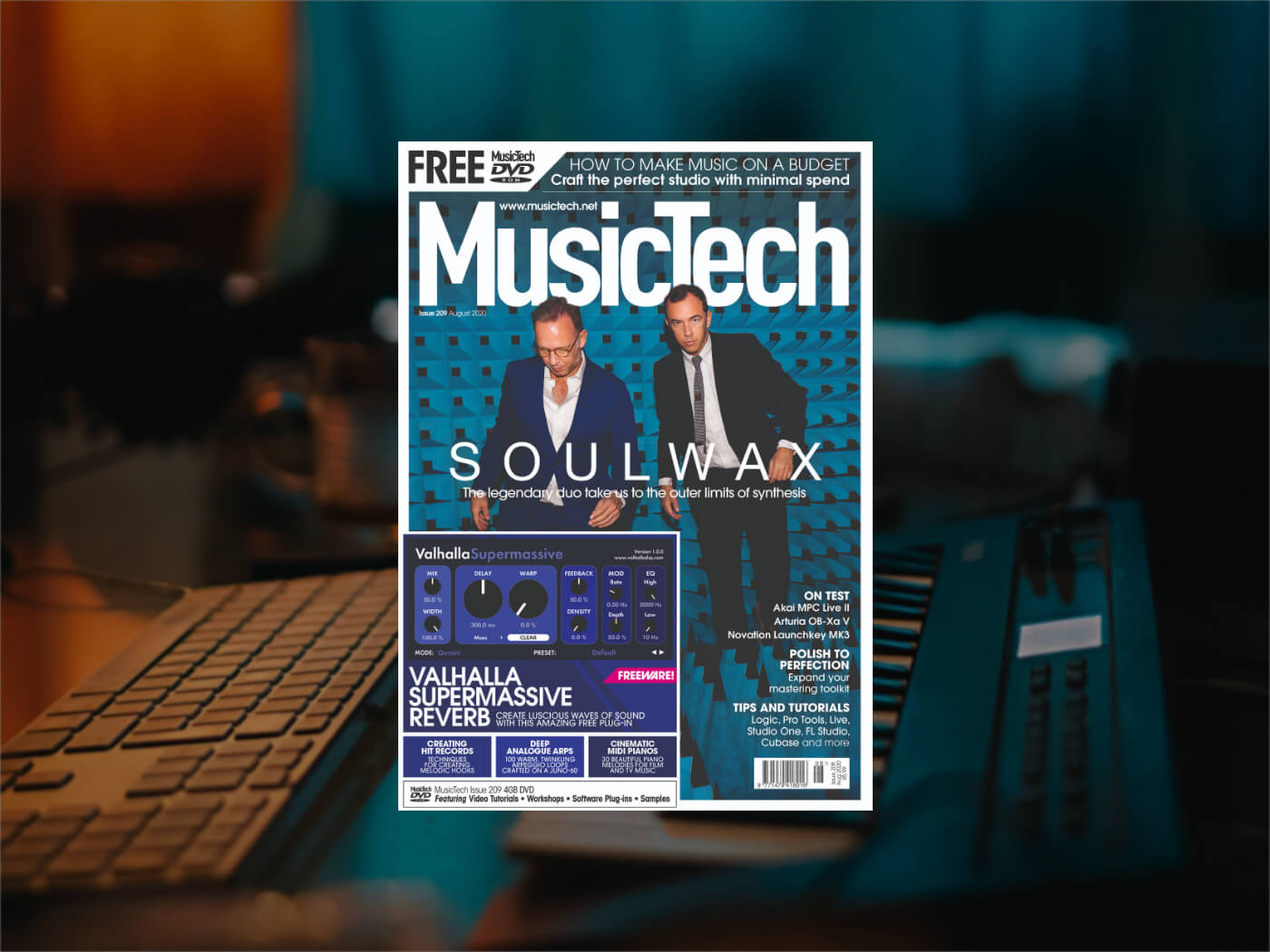 Few electronic artists have flitted genres so successfully, or as interestingly, as Soulwax. From their albums, mixes and sets under multiple monikers, including 2manydjs, to a recent record constructed from the sounds of an excavated EMS Synthi 100, Belgian brothers David and Stephen Dewaele have been innovating since the late 1990s, and it’s their love of technology that informs their widely acclaimed sound. This month’s cover stars granted us an insightful chat, which covers a range of topics close to their hearts – not least the use of that recovered lost ark, the Synthi 100, to build the captivating DEEWEE Sessions record. They also take us on a socially distanced tour through their gorgeous studio.

Also in this issue, we’re keeping a tight watch on our wallets as we highlight the myriad ways you can create an effective studio with a limited budget. Today, it’s easier than it’s ever been to hone your sound and production capabilities with affordable tools but no discernible compromise on quality. Check out our guide for practical advice on how to get started.

Elsewhere, alongside our usual range of in-depth tutorials, we’re bringing you a breakdown of how to experiment with FM synthesis using the free DX7 emulation Dexed. In our reviews section, we take the second coming of Akai’s MPC Live out to the park for a socially distanced evaluation, put Novation’s new line of Launchkey controllers to task, and test out much more top-of-the-line gear. We’ve also got interviews with production luminary Ed Buller, and creator of online drum service EmilyDrums.com Emily Dolan Davies. I hope you enjoy this issue.