MusicTech 208: How to craft the perfect vocals

In this issue, learn how to track, sculpt and get creative with the human voice. 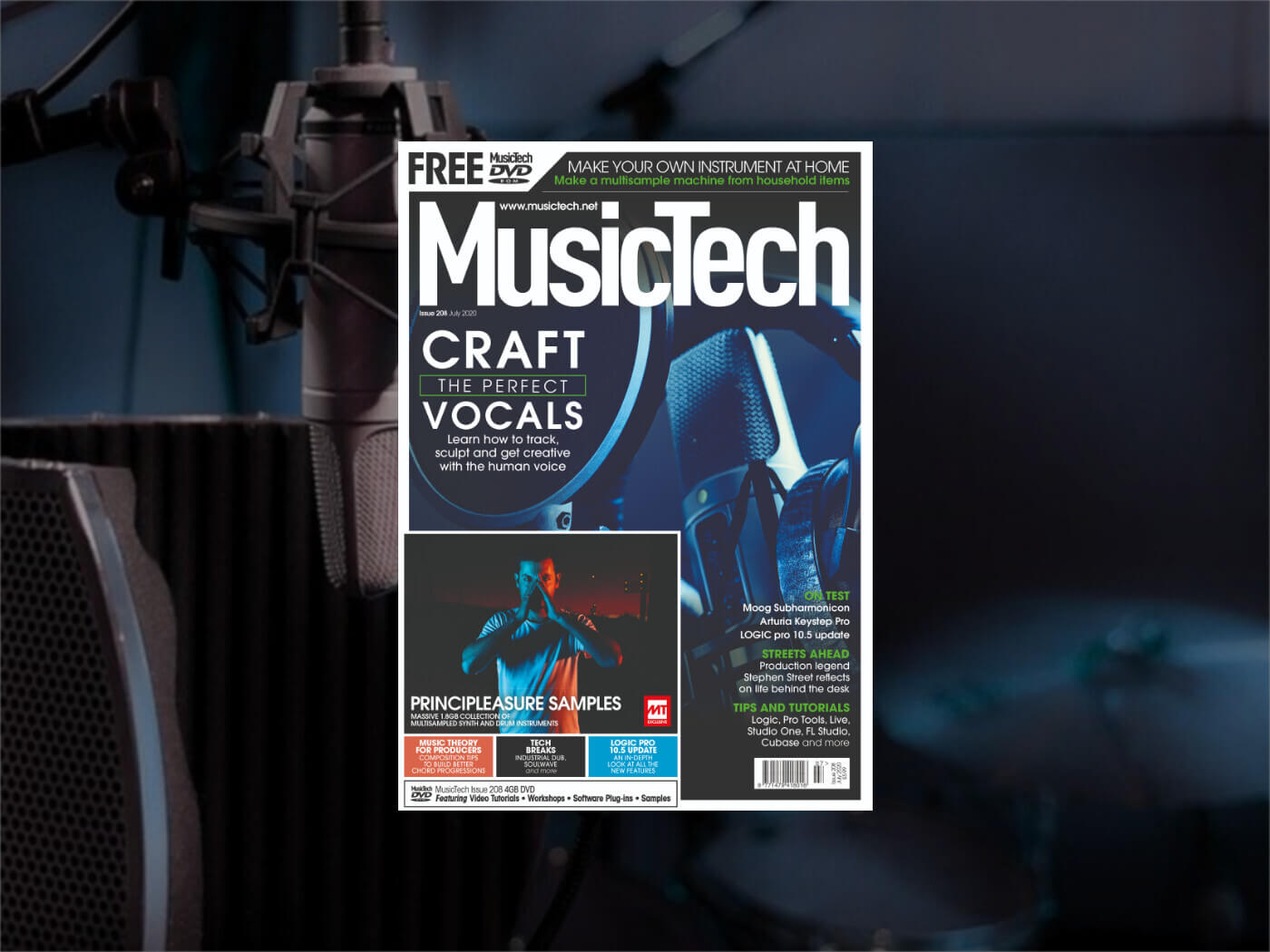 The human voice can be a dexterous, malleable instrument. In a mix, it can be chopped, duplicated, or used as the raw material to craft apocalyptic choirs or ethereal soul-tugging soundscapes. In a conventional track, the central hook is usually carried within the vocal melody, and so it’s massively important that the recording, treatment and placement of the vocal is done to the highest standard possible.

In our cover feature this month, Jono Buchanan guides us through the steps required to create such a perfect vocal, and suggest a few creative ways of thinking about using the voice.

Also this month, we spend some quality time with production icon Stephen Street, whose impact on British rock is nothing short of seismic. Recently awarded the Outstanding Contribution to UK Music by the MPG, Stephen explains his process, thoughts on the industry and studio memories.

Elsewhere we have a particularly fun guide to crafting your own multisample instrument using household items, and we head to Barcelona (albeit, virtually) to learn more about DJ and producer Wehbba’s incorporation of found sound into his work.

In our tutorial section this month, we dive deep on techniques using all the major DAWs, and recent interviewee Jesse Ray Ernster guest-writes a guide to his go-to drum gating approaches in Pro Tools. On the review bench, there’s a mountain of tantalising gear to read up on, including Logic’s recent, sizeable update, Arturia’s thrilling KeyStep Pro and Moog’s semi-modular wonder, the Subharmonicon. I hope you enjoy the issue.