MusicTech 205: Sound for the screen

In this issue: expert guidance on how to start composing for film and TV, including practical tutorials, industry insight and buyer’s guides. 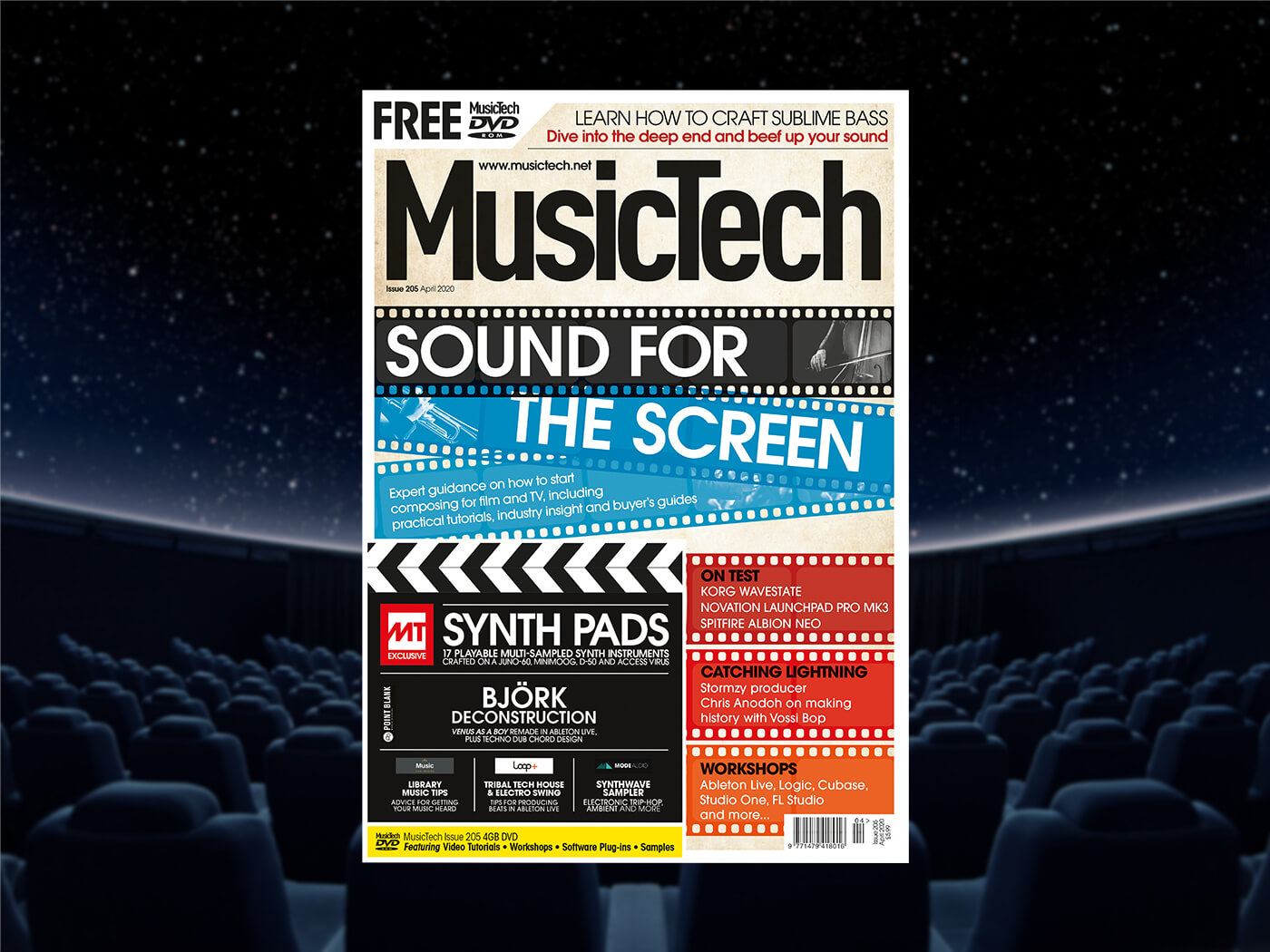 This issue we’re heading to the pictures – or, rather, your music is. The film and television industries have never been as prominent a part of contemporary culture as they are today, and with each new Netflix must-watch and binge-worthy drama comes a need for an equally killer soundtrack. That’s where you come in.

There are many methods of making music for film and TV, and millions of projects going on around the world at any one time, so though it might seem a daunting prospect, the truth is that today, regardless of your preferred genre, your music will more than likely marry perfectly with at least one director’s vision.

In our lead feature this issue, we present a huge practical guide to creating music for the screen. Our soundtrack expert Jono Buchanan will guide you through this amazingly creative universe, and might just take your career down a whole new path, either creating music for sync libraries or reacting and writing to the scene on screen.

Also this issue, we take you through the evolution of bass and give you some hands-on guidance to making your own low-end sound richer. We spend some time with Stormzy’s producer Chris Andoh and chat about the making of one of the biggest tracks of the past decade, Vossi Bop, and hear why FL Studio is the ideal DAW for grime.

There’s also our usual range of tutorial content across six DAWs and, in our review section, we get stuck in to some of the amazing products we encountered at NAMM, including the Korg Wavestate, Audient Evo 4 and Spitfire Audio’s Albion Neo. I hope you enjoy this issue.