MusicTech 199: The art of songwriting 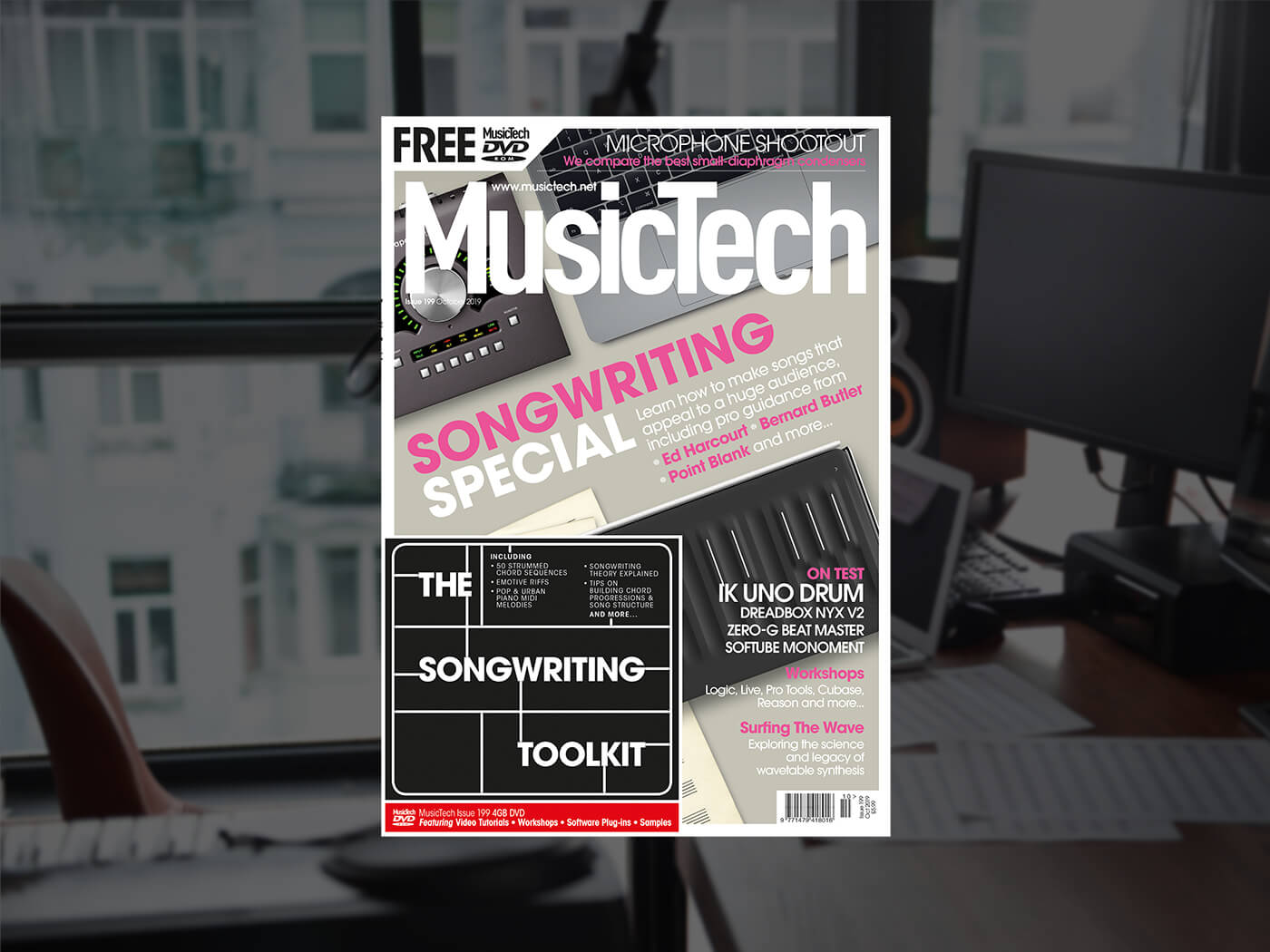 The art of writing songs is something that is all too often ascribed to some mythical gift that manifests itself within people at a certain age, with little thought given to the long periods of trial and error, dedication to the craft and persistence to forge a career in the industry that mark out many successful songwriters.

My own study of the mechanics of songwriting opened up to me the wider world of music production and the creative solutions that we all now have as artists. But fundamentally, the practice of building a new song from scratch – and understanding why a successful one works – still eludes many.

In this issue, we have a thorough exploration of the topic, featuring a dissection of the building blocks of every hit song, as well as industry insight from a range of experts who illuminate the professional songwriting world of 2019. We discuss maintaining a career balancing writing with being an artist in your own right with Ed Harcourt and learn from Bernard Butler, Paul Statham and others about their approaches to educating the next generation of hit-makers.

Elsewhere in the issue, we continue our journey through the world of synthesis. This time, we focus on wavetable and vector synthesis as well as a foray into the birth of drum machines and their intrinsic relationship with the synth world. We also put several of our go-to budget small-diaphragm condensers to the test in our very first microphone shootout.

In our review section this month, we get rhythmic with IK Multimedia’s UNO Drum and wallow in the sonic delights of the Dreadbox Nyx V2 among many other new pieces of kit. Of course, we also have a range of tutorials and tips, too. I hope you enjoy the issue.