Smart Chord, Smart Scale and Arpeggiator modes are among the feature set for quick song creation. 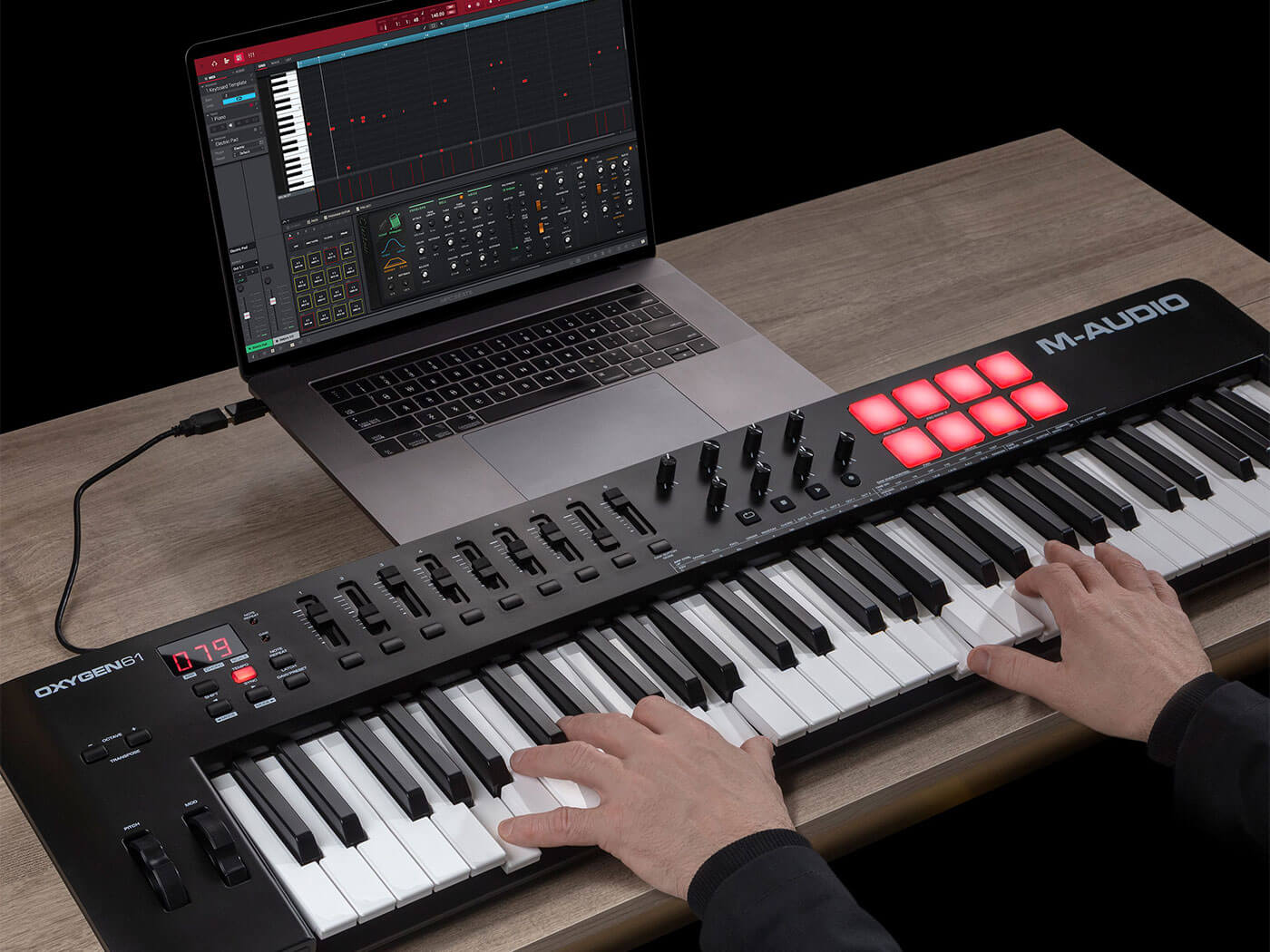 M-Audio has released the new line of Oxygen controllers, adding the Oxygen 25 MKV, Oxygen 49 MKV and Oxygen 61 MKV to its keyboard controller line-up. The keyboards feature Smart Controls, auto-mapping and a built-in arpeggiator to help you swiftly lay down ideas.

You’ve probably come across M-Audio’s controllers before. The brand’s range of utilitarian controllers are used often in studios, educational institutions and onstage. The Oxygen range has been around for some time, and this new MKV series comes with a promise to “enable producers and performers the ability to create their own cutting-edge signature sounds on stage or in the studio”, M-Audio says.

Each of the new Oxygen MKV keyboards feature Smart Chord and Smart Scale technology. When enabled, Smart Chord will let you play full chords with a single note. Smart Scale will let you play the correct notes in a chosen scale, omitting the wrong notes, keeping you in key at all times. There’s a custom mode for each of these features and more than 15 different scale variations. These controls could come in handy for both music theory newcomers and seasoned experts. 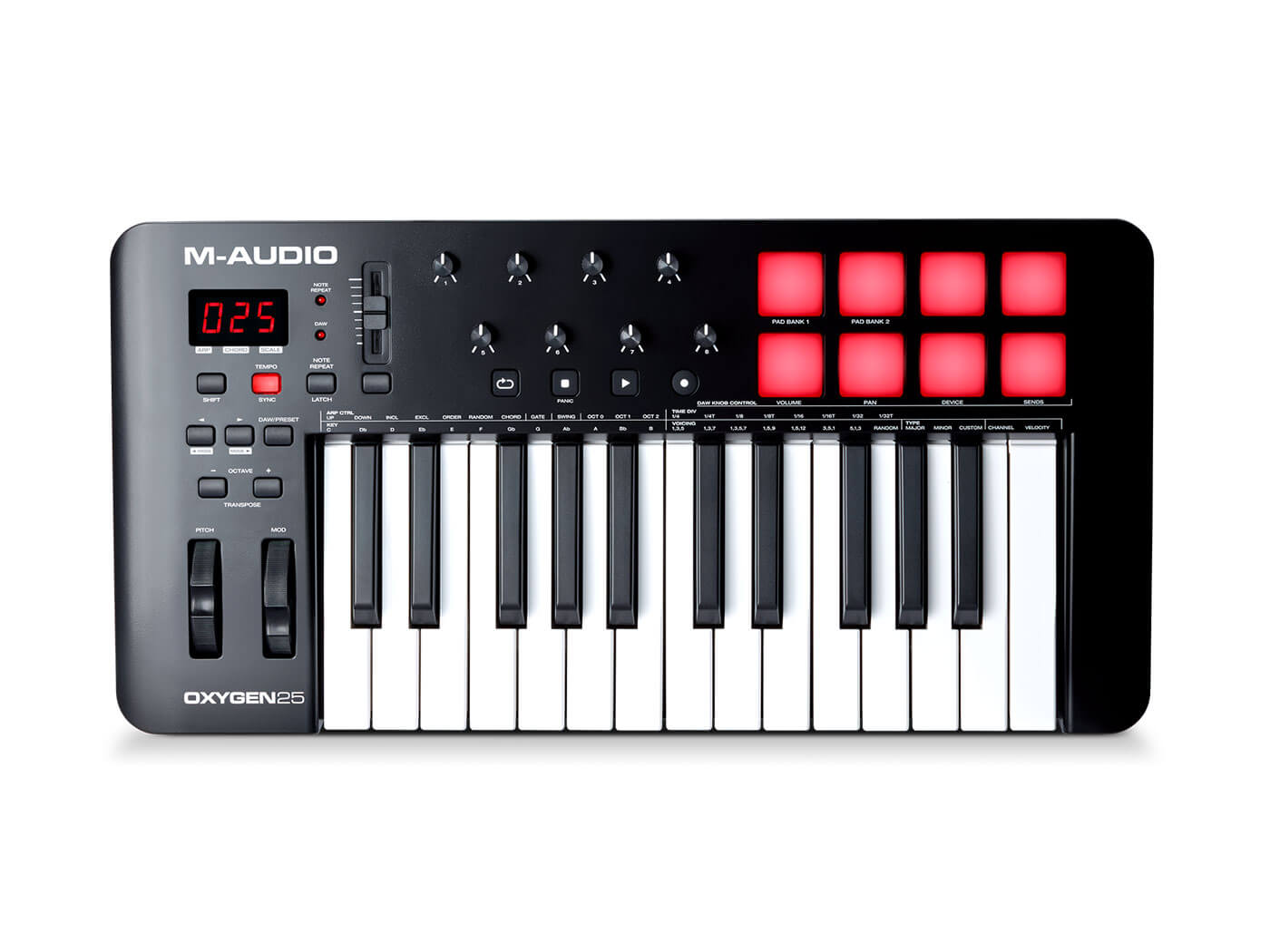 M-Audio has built these controllers with Auto-Mapping, so you can effortlessly hook them up to any major DAW. Transport controls, faders, pan, record arm, solo, mute, select and more options are automatically mapped for Ableton Live, Pro Tools, MPC Beats, Cubase, Logic Pro, Studio One and more. You’ll just need to select your DAW on the Oxygen controller and configure your DAWs preferences to suit.

With the built-in arpeggiator on the Oxygen controller, the notes you press are repeatedly played back in the sequence you choose. This can sync up to the keyboard’s tempo or your DAW’s tempo. Parameters such as type, octave, gate and swing are onboard, plus Latch or Momentary modes. 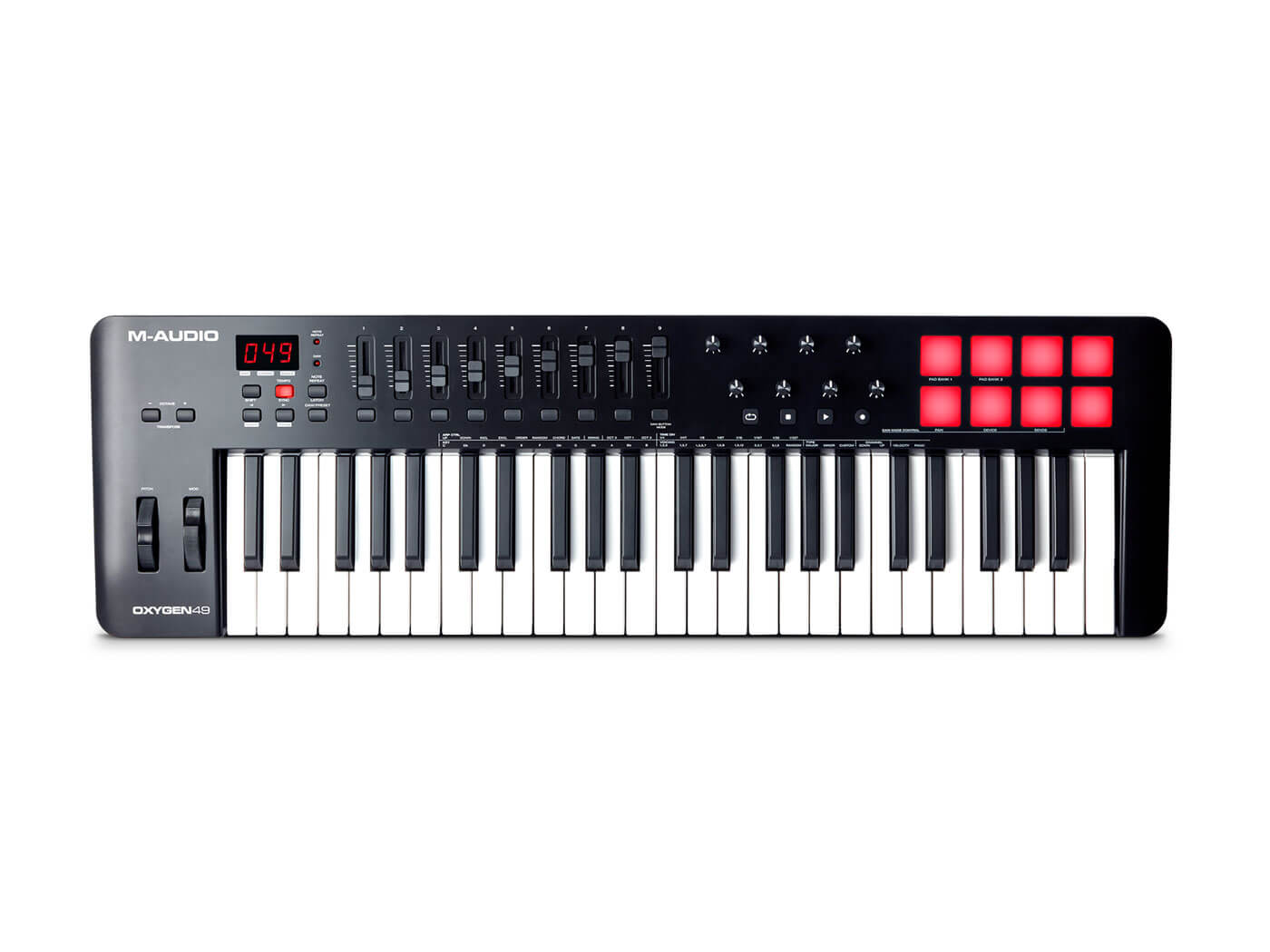 Bundled with the Oxygen controller is MPC Beats and Ableton Live Lite, plus the Hybrid 3 synth and Mini Grand Acoustic Piano virtual instrument. You’ll also get 60 free lessons from Melodics and a three-month membership with Skoove and tons of sounds from MPC Expansion packs.