Sam Battle, the eclectic mastermind behind the Game Boy synth, Furby Organ and Lego Star Wars orchestra has released an abrasive new single, Desperado Vespa. Alongside this, he also announces two live dates in June at Colours, Hoxton, and Notting Hill Arts Club. His DIY Modular series also sees an addition of a new circuit board […] 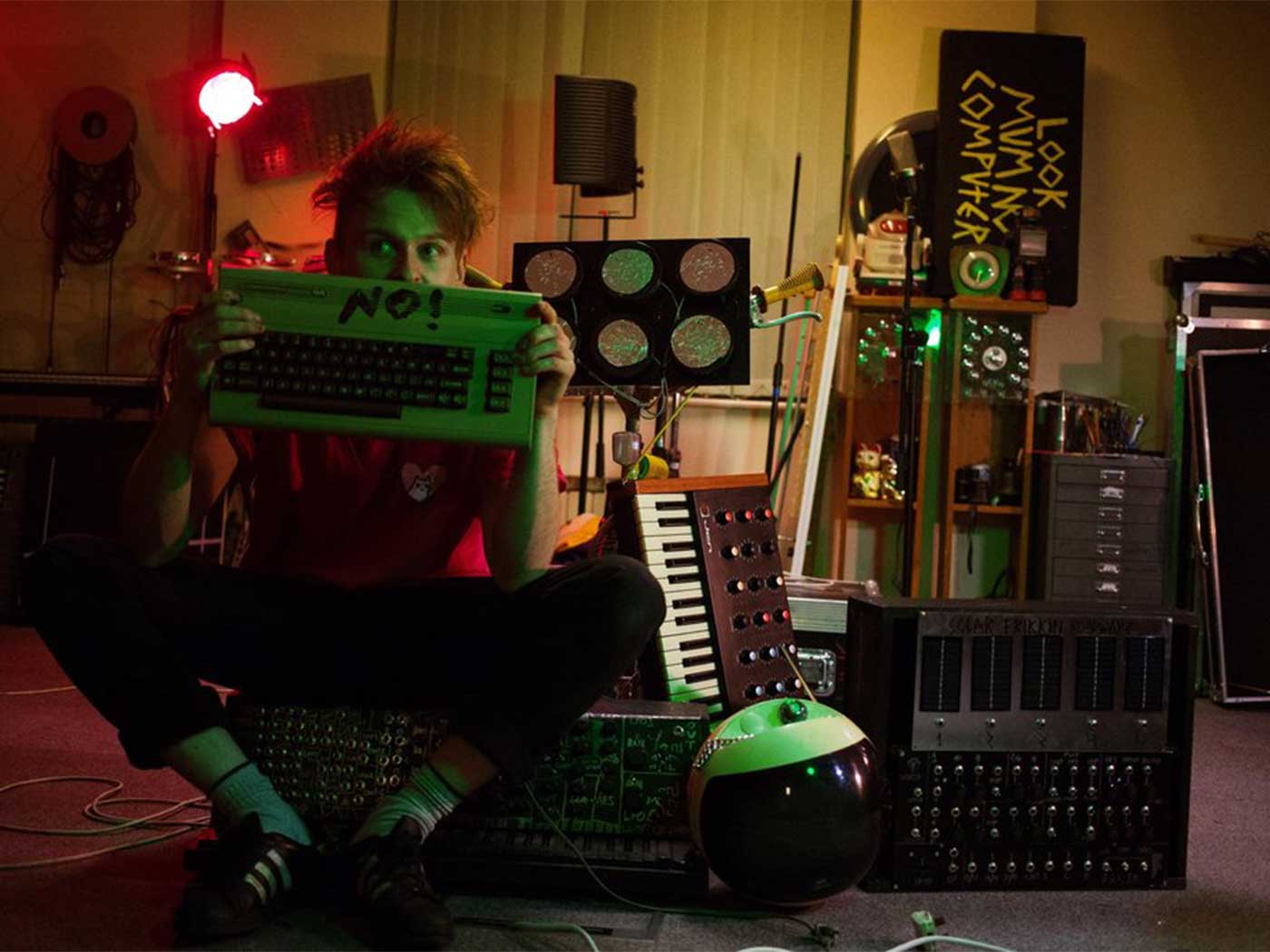 Desperado Vespa was self-produced by the energetic East Anglian, and has offered some insight into the process of making it. “Half of the recording was actually from when I performed my headline show at XOYO in October, I decided to multitrack record the whole gig that night for some reason, so I actually based the final recording of Desperado Vespa on the live audio from that show”. You can stream the track through your preferred streaming service here. Alternatively, check out the live performance of the track below.

Returning to the stage in the summer, LOOK MUM NO COMPUTER will be accompanied by his homemade musical machines and synthesisers. Both headline shows will take place in London, the first on 10 June at the intimate Colours venue in Hoxton, and the second at Notting Hill Arts Club on June 11. He will also make appearances across a number of music festivals.

Sam’s DIY Modular series, in which you can assemble your own Kosmo format modular synth, expands with a new module. The envelope generator is purchasable from the LOOK MUM NO COMPUTER online store, bringing the DIY synth one step closer to creating a full synth voice. A new module is released each month, keeping anyone looking to get into DIY Modular synths busy for a while.

Find out more at lookmumnocomputer.com