Huge range of products launched by KORG and Vox. Everything from new Electribe samplers to guitar amplification. Read on for specifics and more details… KORG Electribe MUSIC PRODUCTION STATION Change your “live” style -Flexibly shifting in style to match the trends of today, the electribe series continues to lead the world’s dance music scene. Approximately […] 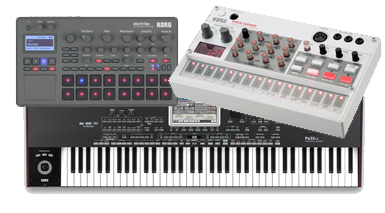 Huge range of products launched by KORG and Vox. Everything from new Electribe samplers to guitar amplification. Read on for specifics and more details… 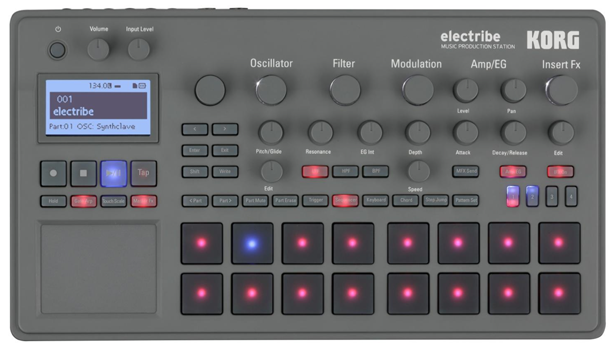 Change your “live” style -Flexibly shifting in style to match the trends of today, the electribe series continues to lead the world’s dance music scene. Approximately ten years after the Electribe MX first went on sale in 2003, we now introduce a long-awaited new model that’s designed to be simple and easy for the beginner to understand, and even more enjoyable than ever for existing users. 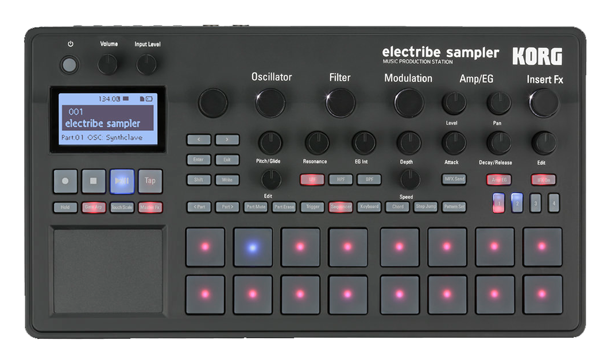 Sample your inner sound – The electribe series lets you play back your carefully constructed patterns while using intuitive operations to add spice and reveal new sonic possibilities. Approximately ten years after the Electribe SX first went on sale, there’s now a new sampler in the electribe series that’s designed to be simple and easy for the beginner to understand, and even more enjoyable for previous electribe users. 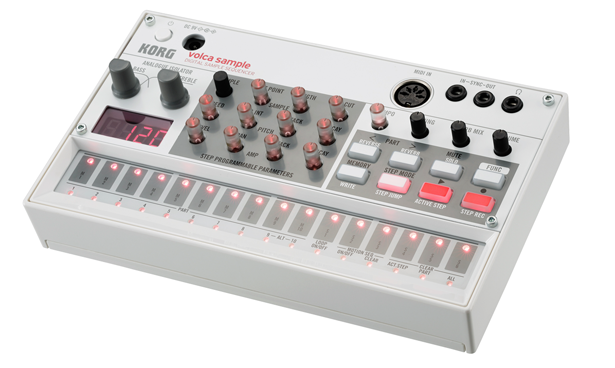 The volca sample is a sample sequencer that lets you edit and sequence up to 100 sample sounds in real time for powerful live performances. It’s a powerful addition to any existing volca setup, or simply on its own. The new volca lets you recapture the excitement of the first generation of samplers, in which any sound — vocals, spoken words, ambient sound, or glitches — becomes material for your creations! 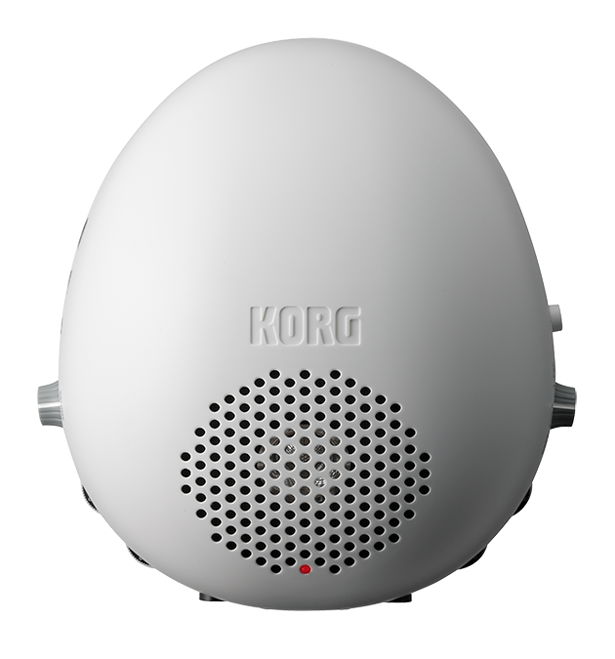 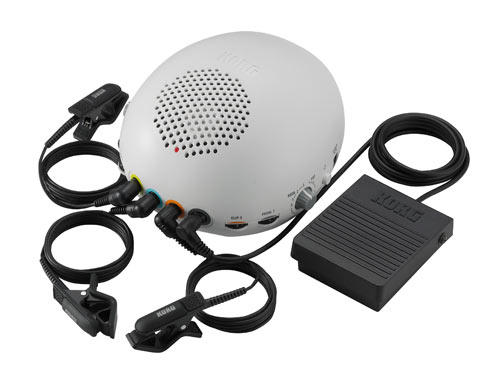 The CLIPHIT is a new electric drum kit that’s ideal for drum practice at home or for casual playing. Attach the clips with their internal sensor to a magazine, desk, or almost any surface, transforming it into a snare, hi-hat, or cymbal.. You can also attach these clips to practice pads, using them to play drums or any of the programmed EFX sounds that include dog sounds, cat sounds, hand clapping. CLIPHIT will breathe new life into your drum practice, and is a great way to enhance your experience and creativity. 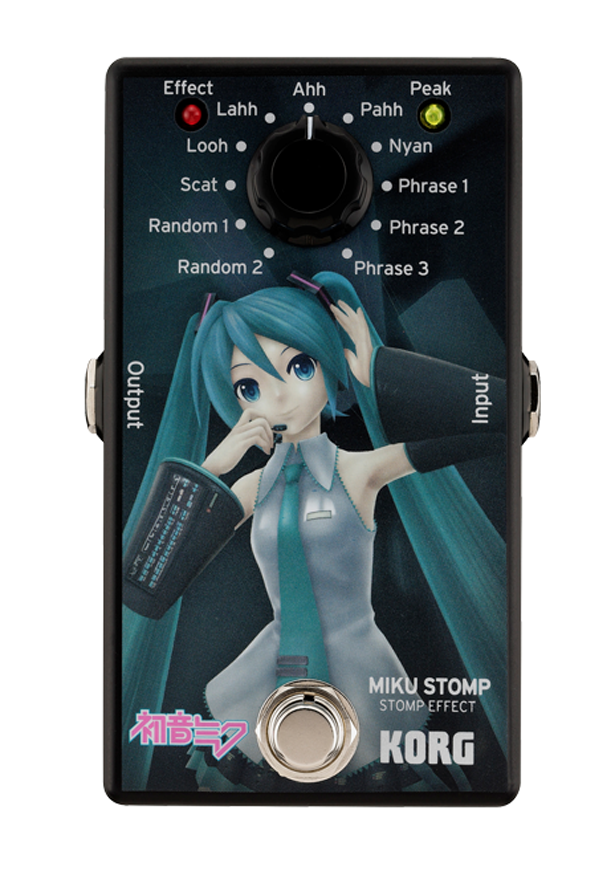 MIKU STOMP is a vocaloid effect unit for guitar that lets Hatsune Miku sing according to your guitar playing. Just connect your guitar, and Hatsune Miku sings when you play. The vocal synthesis technology at the heart of the sound is eVocaloid™, a vocalzing effect based on Yamaha’s next-generation NSX-1 sound engine. Using your guitar to control Hatsune Miku’s vocals is an easy way to obtain a richly expressive performance that has a different character than when using step-recording or a keyboard.

The Pa3X Le is the newest member of KORG’s flagship Pa3X Professional Arranger series. Perfect for performance and songwriting, the Pa3X Le puts the awesome power and sound of the Pa3X in a more affordable, 76-note keyboard with an intuitive interface and plenty of hands-on control. It is packed with incredibly realistic and detailed sounds, plus an enormous range of Styles that cover musical genres from all around the world. The Pa3X Le delivers more of the high quality, amazing sound, and ease of use that musicians worldwide have come to expect from the KORG Pa Series. 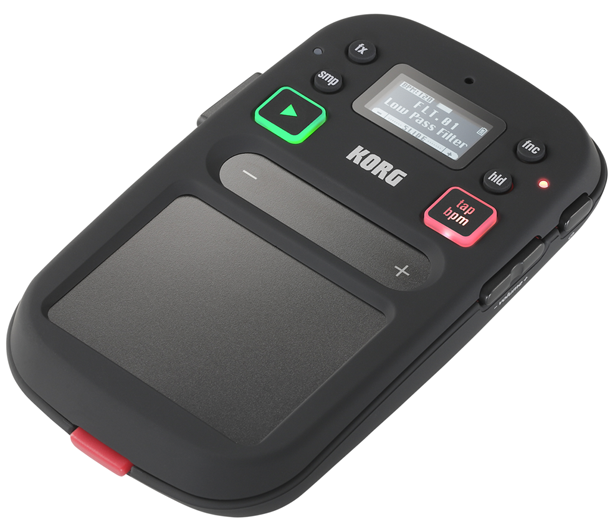 A powered-up mini kaoss pad 2, the mini kaoss pad 2S (“S” for sampler) is a powerful DJ effect unit that fits in the palm of your hand. It includes the familiar KORG touchpad, which allows you to intuitively control 100 different effects, and a sampler function that makes it easy to load and trigger a variety of sounds. Whether you are playing or performing, you’ll have more fun than ever with the powerful mini kaoss pad 2S.

Rimpitch-C expands upon KORG’s innovative Rimpitch tuner by adding chromatic functionality. By attaching the tuner inside the sound hole of your acoustic guitar, you can casually observe the tuning meter at an incredibly convenient viewing angle. With a broad detection range and a calibration function, this model allows accurate and discrete tuning in a wide variety of performance environments. The Rimpitch-C is the ideal choice for acoustic guitarists who require a more flexible tuning option. 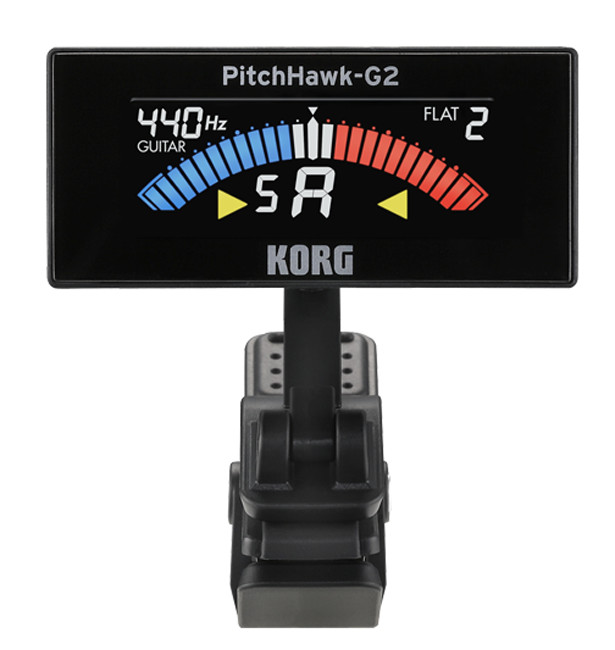 KORG’s clip-style tuners can be attached directly to the headstock of your instrument. Improving on the already popular PitchHawk, the PitchHawk-G2/U2 features a new high-brightness high-contrast Colour LCD display that allows you to tune with unprecedentedly high visibility. The body has also been made even slimmer, improving both design and functionality. These new models represent the evolution of clip-style tuners, while maintaining the high-precisions tuning that you expect from KORG. 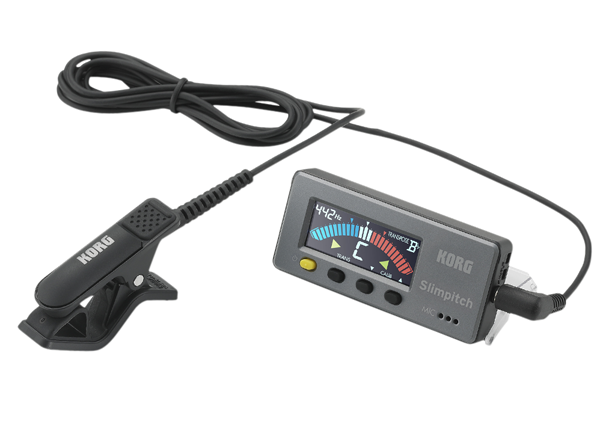 Announcing a new compact tuner for the brass band and orchestral performer. The Slimpitch features a high-brightness, high-contrast colour LCD for superb visibility. The body is more compact than ever, making the unit small enough to fit in your hand. A dedicated contact mic is included, and a newly-developed magnet mechanism lets you attach the unit to your music stand without obstructing the sheet music. With enhanced visibility and improved ease-of-use, this tuner sets a new standard that is exemplary of KORG’s attention to detail.

Appearing in the 1960s, VOX’s two-tone coloured amps dominated the world thanks to their use at the time by groundbreaking English rock and roll bands. Every detail has been meticulously replicated, starting with the gray and blue colouring with its instantly recognizable aesthetic, the thick gold piping laid in the joints of the two-tone covering, and of course the highly retro TV-front design of the cabinet. The lineup consists of three models, 4W, 15W, and 30W, allowing you to choose the amp that’s right for you. Featuring unique and elegant looks and the classic VOX chime, these are amplifiers which showcase VOX at the top of their game.

With amPlug 2, the crucial analog circuit has been drastically improved, and each model now provides three modes. Guitar types provide multi-effect functionality, and a rhythm function has been added to the bass type. A foldable plug mechanism that rotates 180 degrees and an auto power-off function are additional features that contribute significantly to improved convenience and ease of use. The amPlug is the simplest way to get serious sound; occupying virtually no space, it’s an ideal choice for any guitarist or bassist. 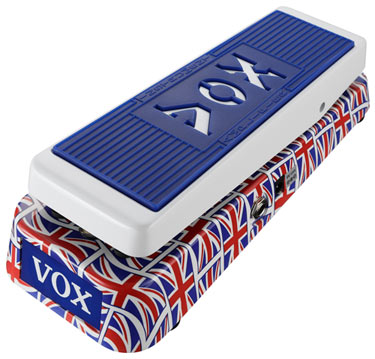 The quintessence of VOX! – The new V847, wrapped in the Union Jack. VOX wah wah pedals have been an integral component of the rock sound for more than half a century. They continue to fascinate guitarists worldwide not only for their sound, but also as rock icons in their own right that go above and beyond their function as effect units. Based on the V847 model that’s at the core of the VOX wah lineup, we announce the new V847 Union Jack, boldly emblazoned with its namesake flag.