Demo: The highly anticipated Korg ARP 2600, a limited run of the legendary synth 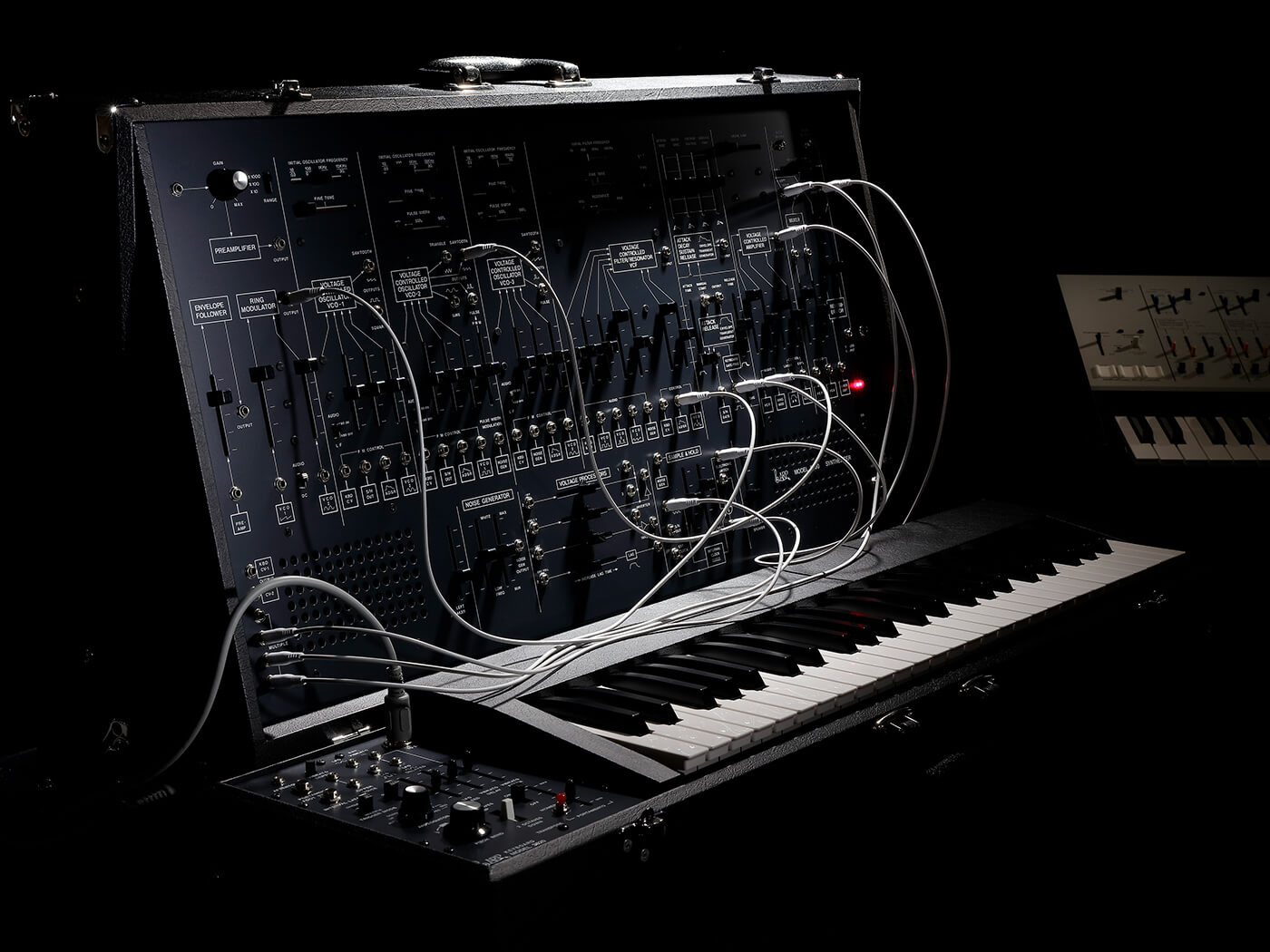 NAMM 2020: Korg has officially presented its one-off, limited production run of the iconic ARP 2600 synth. Check out our demo of the synth above.

Return of a legend

It’s been a tough one to keep quiet – not just for us, but for the internet at large, with rumours and leaks from a number of sources as of late. It’s now official: Korg will be rereleasing the semi-modular ARP 2600, the voice of R2-D2, the synth used on classic Weather Report and Depeche Mode albums, and the synth described as the Holy Grail. You’ll need your finger on the trigger, however, as this will be a limited edition one-time-only production run.

The ARP 2600 acts as a complete sound design studio, featuring an ample supply of oscillators, envelopes, a filter, amplifier, spring reverb tank and pair of monitor speakers. If that wasn’t enough, onboard the machine is also a ring modulator, lag and voltage processors, an envelope follower, audio preamp, clock-able switch, noise source, a sample & hold module, signal inverters, an auxiliary mixer and a set of parallel/wired multi-jacks. It’s no wonder we all had our fingers crossed for the ARP 2600’s return.

Nearly every slider and switch on the ARP 2600 front panel is hard wired to a specific control source. These hardwired paths provide immediate control, meaning you don’t need to patch up different sources to create a sound – you can play the ARP 2600 as it is, making great use of what it has to offer. Still, this is a semi-modular synth, so inserting a patch cord into the jack with any hardwired control will override that connection, giving you the flexibility to create your own signal paths. The front panel’s routing graphics will give you guidance when trying to understand the signal flow.

The synth uses 3.5mm (⅛ inch) jacks to optimise space on the front panel to offer more patch points for further versatility. To keep the main panel clear and unobstructed, the patch points are mostly arranged in a single row below the controls of the individual sound modules. The patchable connections can also be used to interact with any modular or Eurorack system. 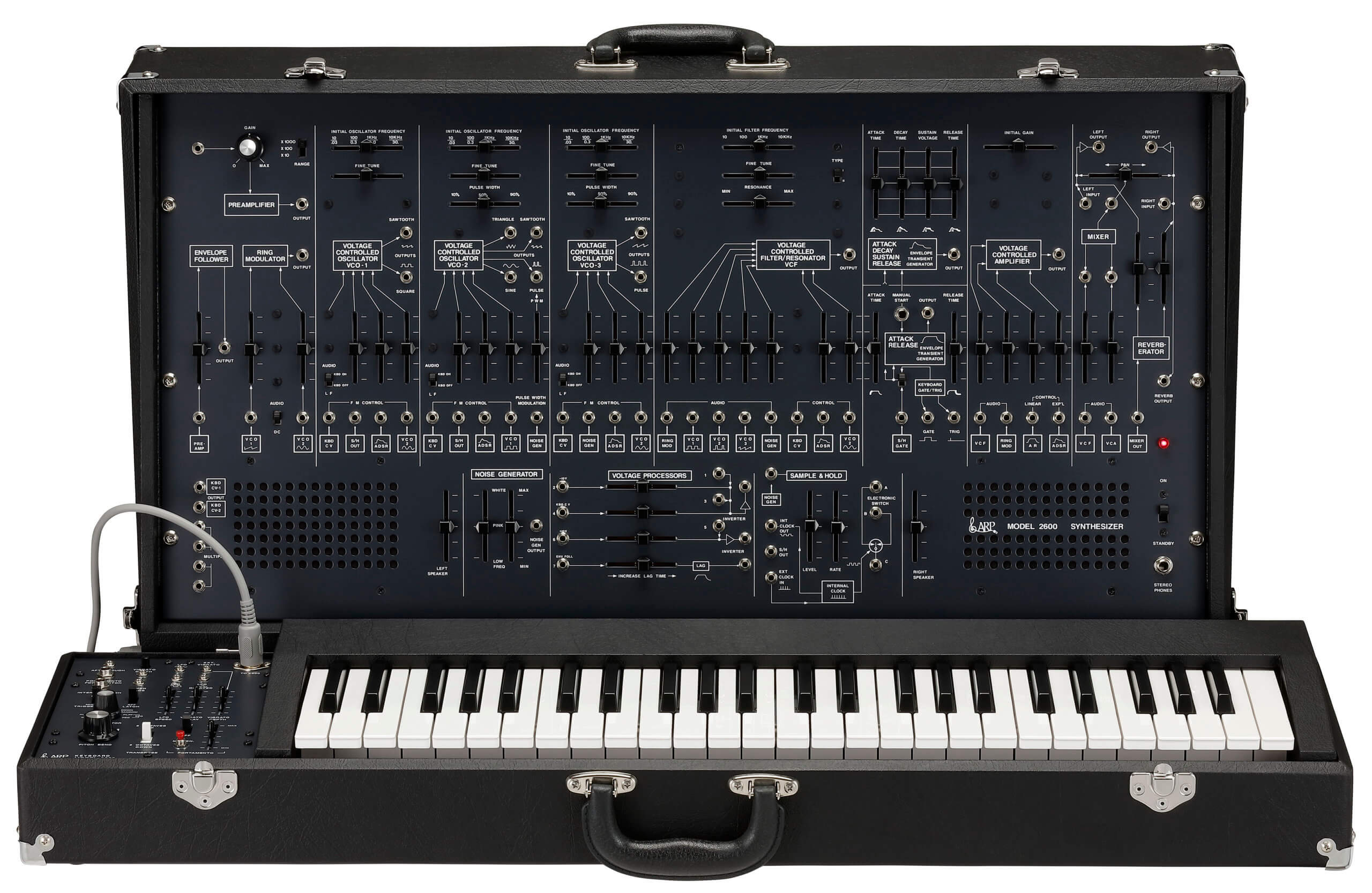 Although the design of the new ARP 2600 has stayed mostly true to the original, Korg has enhanced the keyboard, with 49 full-size keys, aftertouch and portamento. Furthermore, the keyboard is duophonic with Single or Multiple Triggering available and the option to use a footswitch to lock the interval between two notes, without retuning the oscillators during performances. Vibrato can be added via a dedicated circuit controlled by aftertouch, or by the onboard LFO, which features three waveshapes. An arpeggiator has been added allowing user-defined patterns to be manually sequenced and played back. The Pitch Bend knob and Two Octave Up / Two Octave Down Transpose switch have been included, as a faithful representation of the original.

ARP’s three VCOs feature Initial Tuning and Fine Tuning sliders, with each oscillator capable of being designated as an LFO modulation oscillator, and remain “extremely stable in their tuning”, Korg says. Sawtooth, Square, Triangle, Sine and Pulse waves are available across all oscillators, with each oscillator generating multiple wave shapes at once. The pulse of Osc 2 and Osc 3 include a manual Pulse Width control, with modulation available on Osc 2.

The 4-pole (24 dB/oct) filter also features a Fine Tuning slider for precise pitch control of the pitch of the self-resonating filter. It also has an option to change Filter Type to replicate the different filters that the ARP 2600 used throughout its years of production.

Two Envelope Transient Generators (EG) are featured on the ARP 2600. The first is a four-stage Attack, Decay, Sustain and Release envelope, whilst the second is comprised of a variable Attack and Release only. The envelopes can be retriggered at any time using the Manual Start button, and the module also provides Gate and Trigger outputs.

The VCA is responsible for outputting the resulting sound from the aforementioned features in the ARP 2600, and features both Linear and Exponential control inputs. An Initial Gain setting provides a continuous output at its highest setting. After passing through the VCA, the signal is routed through the Stereo Mixer section, the Spring Reverb tank and out to the main outputs, headphone jack and internal left and right speakers.

The synth is equipped with two low-impedance XLR outputs for direct connection to a recording console or sound system, negating the need for direct boxes or line-matching transformers. MIDI In, Out and Thru connection is afforded via traditional five-pin DIN and USB MIDI is also built-in.

If you’ve got this far, you may even be considering purchasing one of these beastly units. If you do take the plunge, your new ARP 2600 will arrive in a custom-branded hardshell case, complete with casters. No word on price or availability has been announced as of yet, although speculation says the ARP 2600 will set you back around £3200 and is shipping from February 2020.

Korg will be showcasing this at NAMM, so stay tuned for more coverage and footage from us – you can follow what else is happening at the event here. For more information, head to korg.com.