Klark Teknik unveils its take on the Roland Dimension D

The 3rd Dimension BBD-320 is a rackmount analogue chorus effect 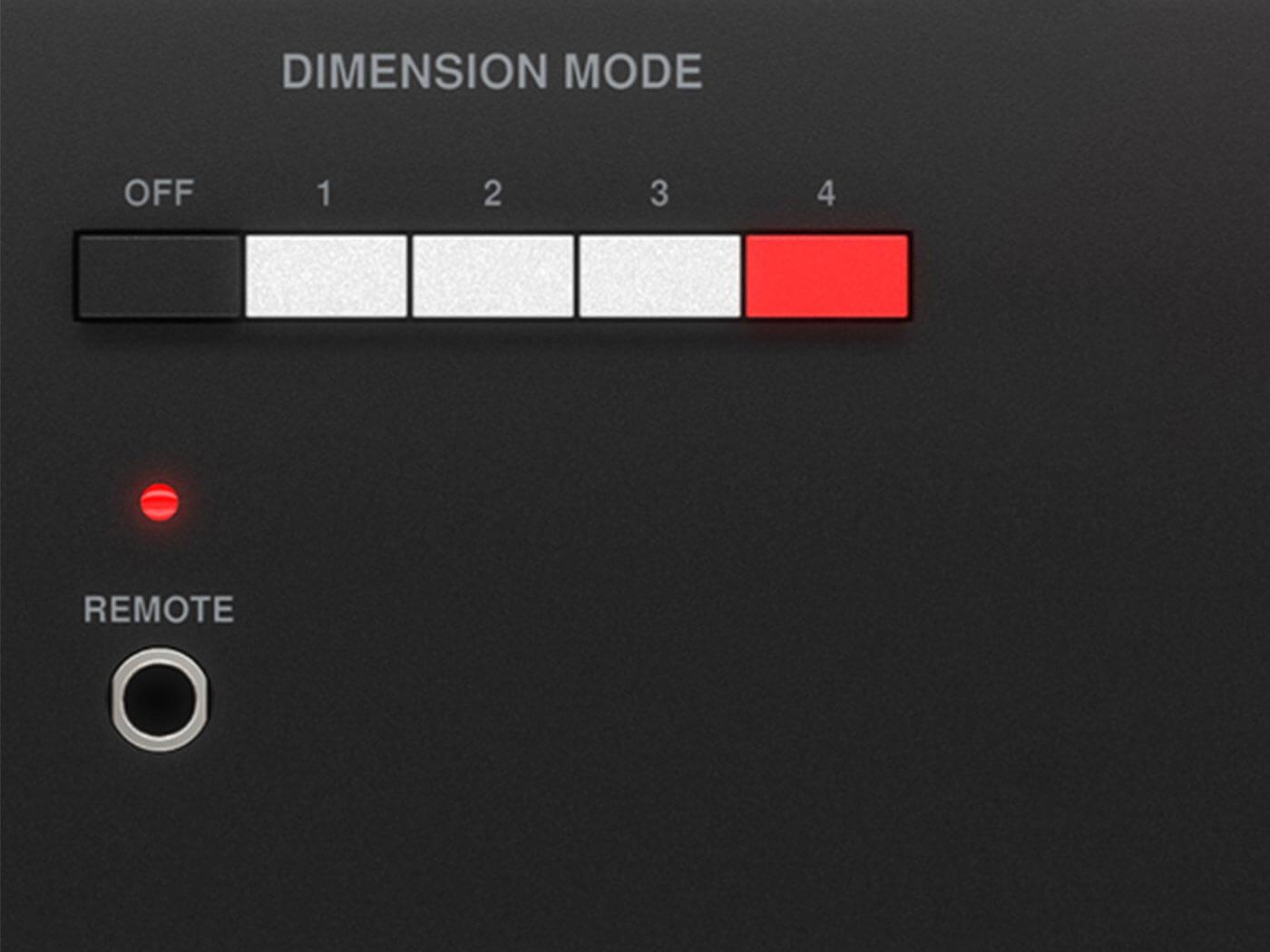 Klark Teknik, a subsidiary of MusicTribe and sister company of Behringer, has announced the 3rd Dimension BBD-320, an analogue spatial sound processor. Those familiar with the design will notice its similarity to Roland’s SDD-320 Dimension D, which is a pretty reasonable observation. The SDD-320 Dimension D was released in 1979 and was used by the likes of Brian Eno, Stevie Ray Vaughan and Peter Gabriel in their recordings, offering more subtle, spatial chorus than the typical pitch-warblers.

Klark Teknik’s 3rd Dimension BBD-320 is a 2U rackmount chorus unit that features “authentic reproduction of original analogue circuitry”, according to the brand. The BBD-320 is also built with a pure analogue signal path and uses Bucket Brigade technology (hence BBD) in an effort to maintain the quality of original 80s circuitry.

Following the simplicity of Dimension D, BBD-320 features minimal controls to get instant chorus tones. Four buttons allow selection of four different chorus sounds, with 1 being the most subtle and button 4 being the most extreme. With two buttons pressed down at the same time, chorus modes can be stacked for more interesting tones. An off button will remove chorus effects, with the a button to the side to completely bypass the unit in your signal chain. Also on the front panel is a 10-segment LED meter to monitor output level.

On the back panel is a switch to alter the BBD-320 between stereo or mono, and servo-balanced inputs and outputs with quarter-inch TRS and gold plated XLR connectors.

There’s no word on price as of yet, however, Klark Teknik states on the product page that the BBD-320 is an “amazingly affordable analogue multi-dimensional signal processor”. Given that the brands take on the classic Urei 1176LN Peak Limiter is currently fetching for below £200, we expect this to cost around £300, although we will update as we have more info.