By crossfading your sounds through four effects engines at once, Orbitron might have an edge on its competition 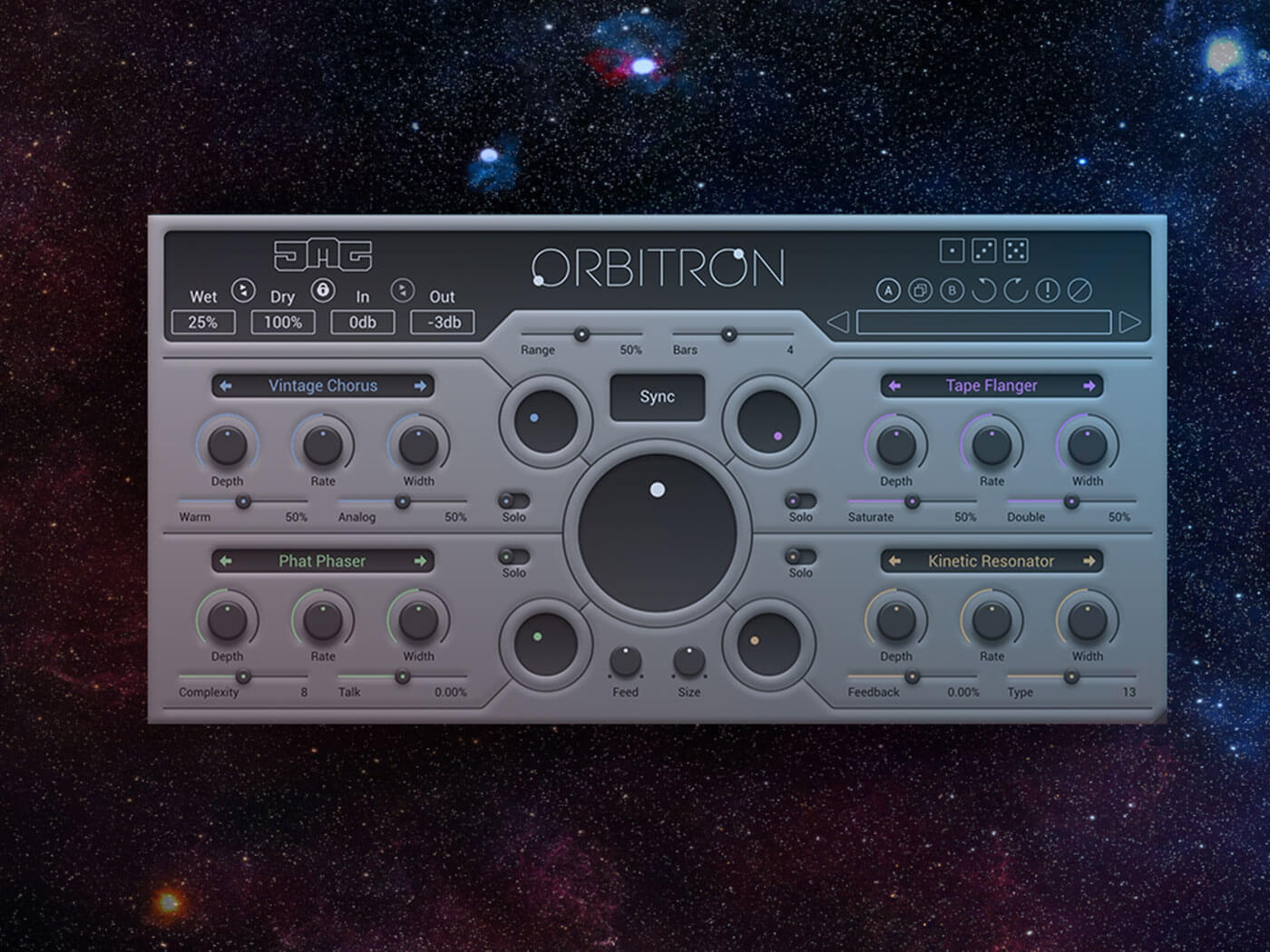 JMG’s Orbitron, a multi-effects plug-in capable of “cosmic chaos”, has been released via United Plugins, who says that it is a “revolution in modulation”. Its unique selling point is its four 12-mode effects engines that your audio is fluently crossfaded between in a variety of ways, offering billions of configurations.

Using Orbitron, JMG says you can easily make each bar of your music sound completely different, saying goodbye to lifeless sounds. Each of the four effect sections boasts 12 modes, including choruses, flangers, phasers, special filters and more. Combine four completely different effects across the four modules for otherworldly sounds or make subtle variations to the same effect for rich modulations.

Although Orbitron unleashes its full potential when all four engines are active, you can solo an engine to disable the other three. You can adjust the intensity of each engine with the depth knob on each section, along with controls for rate and width. Two sliders beneath the knobs let you fine-tune the characteristics of each effect.

In the centre of the plug-in is a circle that navigates itself around the four effects sections. This can be synchronised to your DAW tempo or set to manual mode, along with a randomisation feature for unpredictable morphing.

A circular feedback network feeds signal from each effects section into the next and then back around again. This is an interesting feature that you wouldn’t find in many other plug-ins, if at all. One knob controls this process, with another knob to adjust the delays of the feedback loops. This helps create a variety of tones, from metallic resonances to expansive reverbs.

To get experimenting immediately with Orbitron, JMG has included a vast number of presets designed by “top producers and sound designers”, the brand says. They have been categorised into Solo, Multi, and Hybrid. Solo contains presets using one effects section, Multi uses four different effects of similar types and Hybrid combines effects of different types.

So is JMG’s plug-in really worth being labelled as a “revolution in modulation”? It’ll have a tough time competing with iZotope and BT’s Studder Edit 2 and Cableguys ShaperBox 2, but it does seem capable of some unique audio manipulation. We look forward to getting our hands on it and putting it to the test very soon.

JMG’s Orbitron is available now on United Plugins at an introductory price of €29, moving up to €129 on 8 March 2021. A 15-day trial is also available, giving you plenty of time to try the plug-in and stay within the sale period.

Find out more at unitedplugins.com.