Jammy Instruments’ MIDI device is catered to those who feel more at home with a six-string than a keybed. 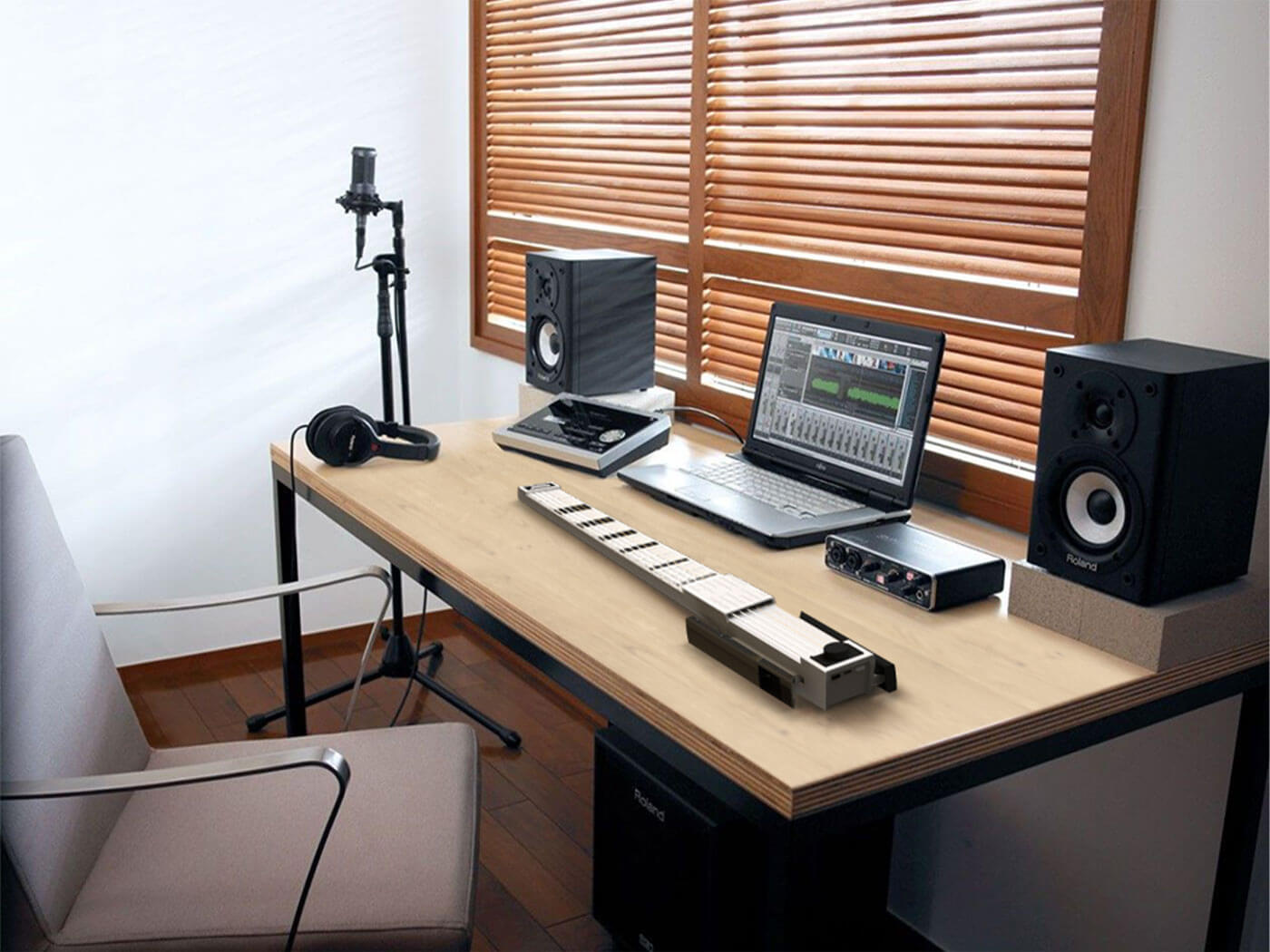 After winning Best In Show at NAMM 2018 with Jammy Guitar, Jammy Instruments returns with a next-gen MIDI controller. Jammy EVO maintains the brand’s ethos of creating controllers for those more comfortable wielding a guitar than keyboards or pads, with six strings and a fretboard to input your MIDI notes.

Jammy Guitar was a hit on Indiegogo in its 2017 crowdfunding campaign, raising $260,000. The brand has now considered customer’s feedback to bring an updated, evolved model that will be launched via a Kickstarter campaign on 19 May. Jammy EVO is rigged with the same propriety technology that made the brand’s first product so successful; namely the separate sets of optical sensors for left and right hand. However, the technology has allowed breathing room for a new design that can be disassembled, making it a compact and portable controller solution for musicians and producers.

With improvements to the neck profile, optimised string spacing and latch mechanisms, Jammy EVO is ergonomically designed to make performing a treat. The optical sensors present on Jammy Instruments’ sophomore guitar controller reduce the MIDI latency to 8-10ms, plus improved MIDI tracking. For further control, mappable controls will be added to the push knob and accelerometer. Left-handed shredders will rejoice knowing that a lefty version is in the works too.

In an effort to make Jammy EVO as affordable as possible to its audience, Jammy Instruments will reduce the onboard sound functionality in the MIDI device. You’ll be able to pre-order yours from Kickstarter at an early-bird price of $249 from 19 May.