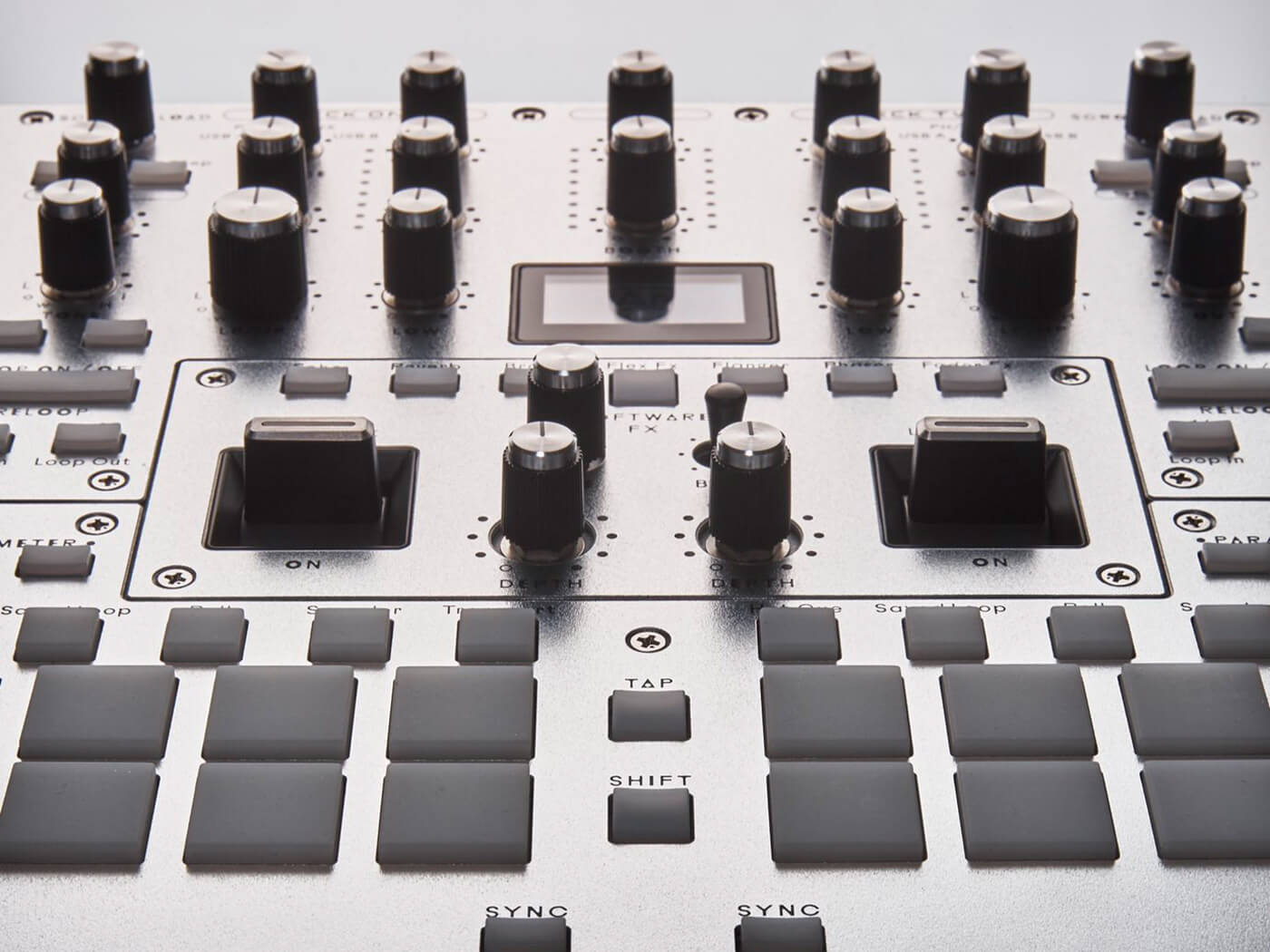 Producer and DMC World DJ Champion A-Trak has hinted at a new collaboration with audio manufacturer Rane, sharing images on Twitter and Instagram of what appears to be a battle mixer.

Details are scarce, but it looks like Rane’s Seventy mixer has been given an A-Trak makeover. We can just about make out a similar layout, with the 16 performance pads, effects paddles, filter knobs, central OLED display and loop controls. Some of the knobs look a little plusher, and the overall finish ditches the black and opts for a sleek, chrome-style design.

In a follow-up tweet, A-Trak said: “*Jay-Z voice* Word to the hyphen in my name”. He’s likely referencing the crossfader, which appears to act as the hyphen in an A-Trak logo. A-Trak’s original post points out that the mixer should be coming “very soon”.

This could be more than just a visual collaboration, though. On Instagram, producer J Rocc commented “I know this going to be a good sounding mixer”, to which A-Trak responded: “yessir!!”. A whole host of other renowned producers and DJs have left messages of anticipation on the post, too. There might be more to explore than meets the eye, then. We’ll have to wait until the official drop to learn more.

One thing’s for sure: Rane has selected one of the most prestigious turntablists on the planet to get involved in a new product launch. Since winning the DMC World DJ Championship at 15, A-Trak has performed at some huge-scale events and venues, particularly while he was Kanye West’s touring DJ. He’s also released music under his own name and as Duck Sauce, a duo production project with Armand Van Helden, with //Barbra Streisand and //aNYway being their breakout hits.

A-Trak recently shared a collection of notes and sketches on Instagram showing how he visualised scratching when he was a teenager. One fan commented, quite rightly, that “it’s like calculus for the ears”. Check it out below.