Over a year ago Ircam Lab released The Snail, a standalone and plug-in tuner that was exclusive to the Macintosh platform. Now Ircam Lab is happy to announce that Windows users can finally see what all the fuss was about… Promising flexibility, an array of uses and an unorthodox interface The Snail is touted to […] 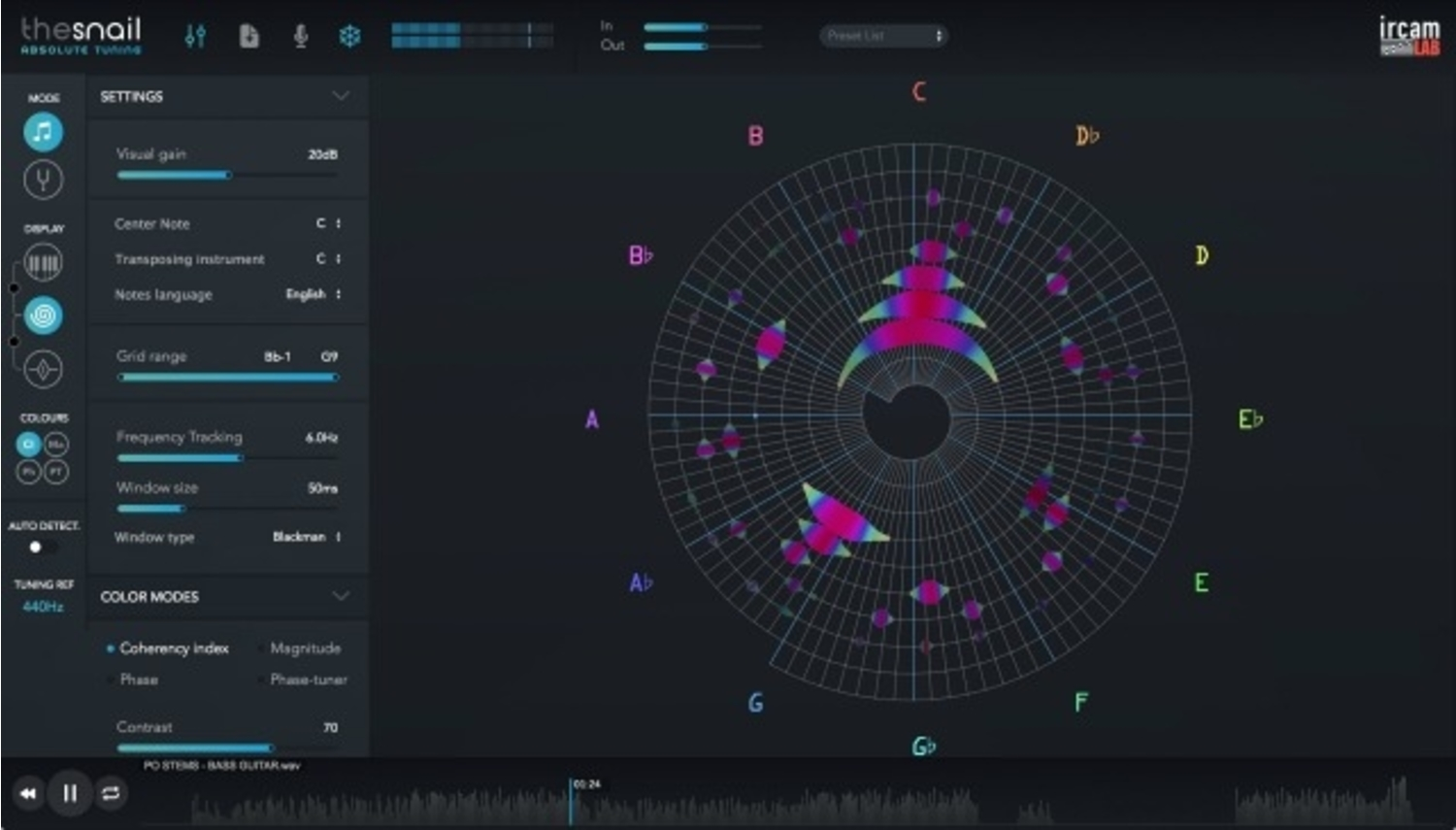 Over a year ago Ircam Lab released The Snail, a standalone and plug-in tuner that was exclusive to the Macintosh platform. Now Ircam Lab is happy to announce that Windows users can finally see what all the fuss was about… 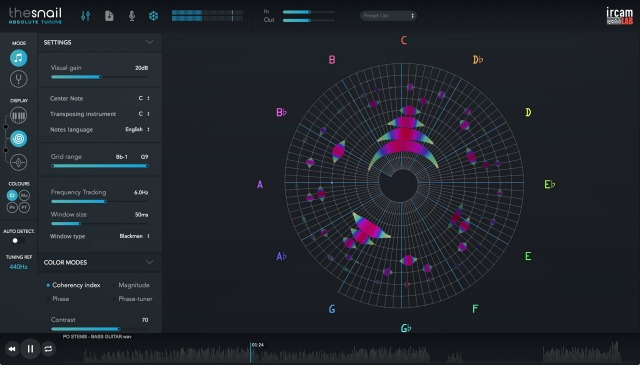 Promising flexibility, an array of uses and an unorthodox interface The Snail is touted to be the new standard for tuning software, but its Mac exclusivity restricted many from testing those claims for themselves. However, not only is The Snail now available for Windows as a standalone application and as AAX and VST plug-in formats but also a limited version on iOS devices.

Here’s the story of The Snail from Ircam Lab.

This attractive Tuner/Analyser software with its user-friendly visual interface offers a new and extremely accurate way of tuning and analyzing instruments. It also breaks new ground with its abilty to show any intonation issues, phase discrepancies and actually visually represent the music and sounds in a way that helps anyone improve their listening and recognition of “in-tune”.

It is called “The Snail” due to it’s cool spiral interface that represents every note from Bb-1 to G9 in concentric fashion from the highest to the lowest audible frequencies.

The Snail is a very high-precision frequency-domain analyzer which delivers an easy to understand representation of sounds, based on the scales and notes aligned in spectrally active zones. Resulting from numerous years of research and development, this product is based on a recent patented technology, conceived at the laboratory of Science and Technology of Music and Sound IRCAM-CNRS-UPMC based in Paris, France.

REDEFINED HIGH PRECISION ANALYSIS
Compared to standard spectrum analysers based on Fourier-type analysis, the Snail’s frequency coherency accuracy is enhanced by a process based on the demodulated phase.

A dedicated algorithm exploits this coherency index in several ways. It improves the frequency precision at an adjustable rate. It lets users fine-tune the accuracy of the tuner and therefore goes way beyond the global stroboscopic techniques used in some expensive tuners. The Snail analyses all the local spectral components of a sound and renders this information in a convenient visual form. Users can finally see ALL the surrounding frequencies and overtones as well as the basic fundamentals delivered by a sound.

HIGHLY PRECISE MUSICAL VISUALISATION
The Snail delivers a new approach in “tuning” as it also analyses inharmonic sounds by representing all of it’s added harmonics. An old guitar string can be immediately identified as you see its resonance that is out of tune and can cause some notes to be more or less present (ringing) than others.

If you’ve ever had a guitar that never seems in tune as you change scale or move up the fretboard or found a resonance that you found was a problem? Well, now you will finally be able to see it!

The Snail shows the fundamental notes and all the associated resonances and harmonics of any instrument or sound in an easy to see graphic display. For example, it will help users see all the notes and harmonics played during an audio playback along with their intensities, so they can even figure out what key the song is played in.

Pricing and Availability:
The Snail is available from selected dealers for the special introductory price of  $49 (List Price $99) until March 31st, 2017. Full details can be found here.

The limited iOS version of The Snail with no spectral or other useful visualisation options is also available now for 99p from the App Store.