by Will Betts
#Effects#Plug-ins
News 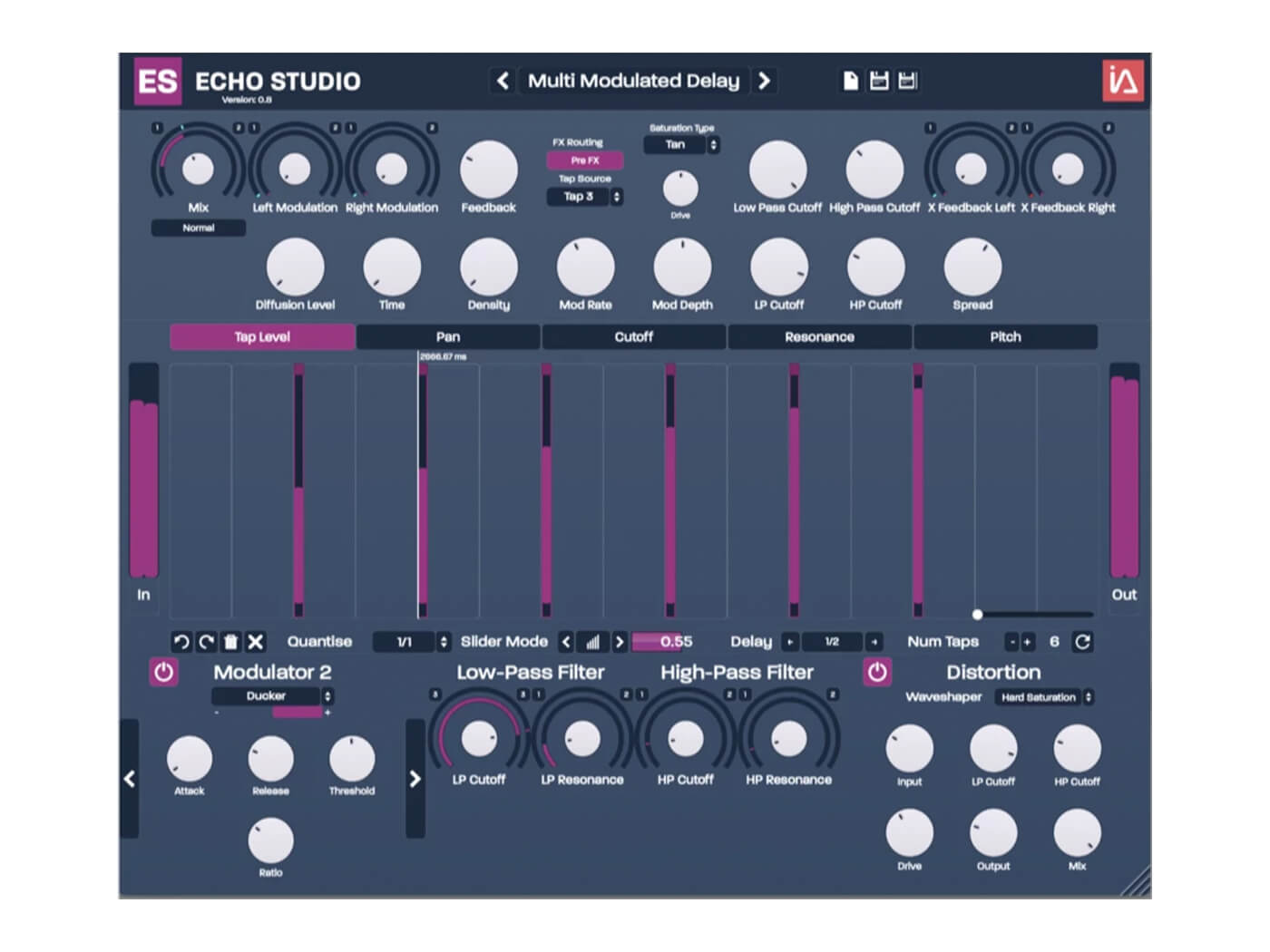 Billed as a powerful and versatile multi-tap delay plug-in, Echo Studio provides you with an impressive 32 delay taps, each with its own FX processing chain.

For each tap, you get control over delay time, level, pan position, HPF, LPF, filter resonance and pitch. Each of these parameters can be controlled from the Delay Tap Grid interface. You can also control global effects including Feedback FX, distortion, diffusion and filtering.

Two features, in particular, stand out for their creative potential: the reverse delay mode and modulation functionality. Echo Studio lets you assign two modulation sources – ADSR, LFO and/or a Ducker – to the plug-in’s parameters.

The result, says Intuitive Audio, is a delay plug-in that can produce “a wide range of soundscapes for your tracks including traditional delays, complex rhythms, warped, modulated echoes, reverbs and more”.

Hear it in action below:

Echo Studio is available now for £45. More information at intuitive-audio.com.