A war on music: Afghan musician weeps as the Taliban force him to watch his instruments burn

The Taliban’s return to power has silenced the country’s thriving music scene as uncertainty looms over the fates of musicians that remain. 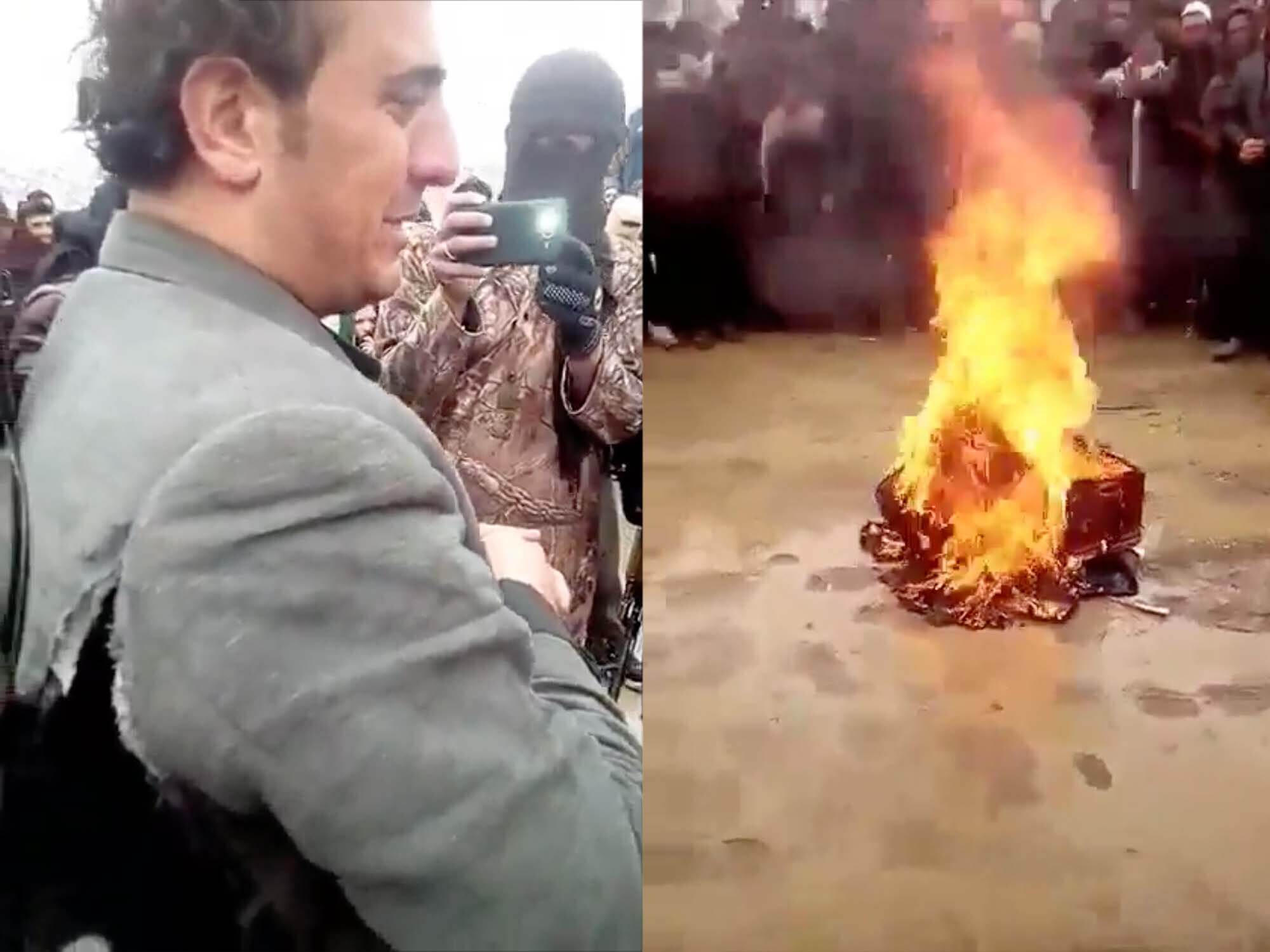 Recent footage posted by an Afghan journalist has shown a local musician weeping as he is forced to watch the Taliban set fire to his instruments.

According to Abdulhaq Omeri, a correspondent for TOLOnews, who shared the video on Twitter, the incident took place in the Paktia province of Afghanistan. The video shows an armed man laughing at the musician, who was in tears as he witnessed the burning of his harmonium and drums.

The musician’s torn clothes suggests that he may have been beaten, and his hair was also crudely cut, a punishment commonly doled out by the Taliban to humiliate ‘offenders.’

Beside him, one of the Taliban soldiers could be heard saying: “Now the people in the area should know that this will happen to those who play the drums and other instruments.” [Translation from Vice]

As the crowd watched on, the musician was forced to repeat the line “I am scum, may God damn me”.

This is the latest in a series of increasingly hostile acts against Afghanistan’s musical and artistic community following the Taliban’s return to power in August 2021.

Ever since the takeover, the country’s previously thriving music community has been silent amidst fears that the nation will revert back to 1996, when the militant group outright banned music.

In those days, those who were caught playing or listening to music were severely punished, instruments were destroyed, and cassette tapes were ripped apart and strung up on trees [per a BBC report]. Many Afghan musicians ended up fleeing the country or burying their instruments in search of alternative livelihoods under Taliban rule.

Last year, Taliban spokesman Bilal Karimi confirmed to the New York Times that music will be banned in public, saying: “Music is forbidden in Islam, but we’re hoping that we can persuade people not to do such things, instead of pressuring them.”

Despite this, a devastating war against art and music in Taliban-ruled Afghanistan is already underway. Renowned Afghan folk singer, Fawad Andarabi, was dragged from his home and shot in the head by the Taliban last August. And in late December, a clip emerged showing some of Afghanistan’s most famous instruments, a rubâb, a tabla, and a harmonium, being smashed with rocks by soldiers. Local musicians who owned the instruments were then made to promise to never sing or play music again.

The #Taliban soldiers breaks the musical instruments of local artists and gets promise from artists to not play or sing again.#Afghanistan pic.twitter.com/BAHRQ5nbS2

Some musicians, such as the students and faculty members from the country’s only music school, the Afghanistan National Institute of Music, have managed to escape to Lisbon, Portugal in hopes of rebuilding their school — and lives.

For others, an uncertain future under the terrorist group regime continues to loom.