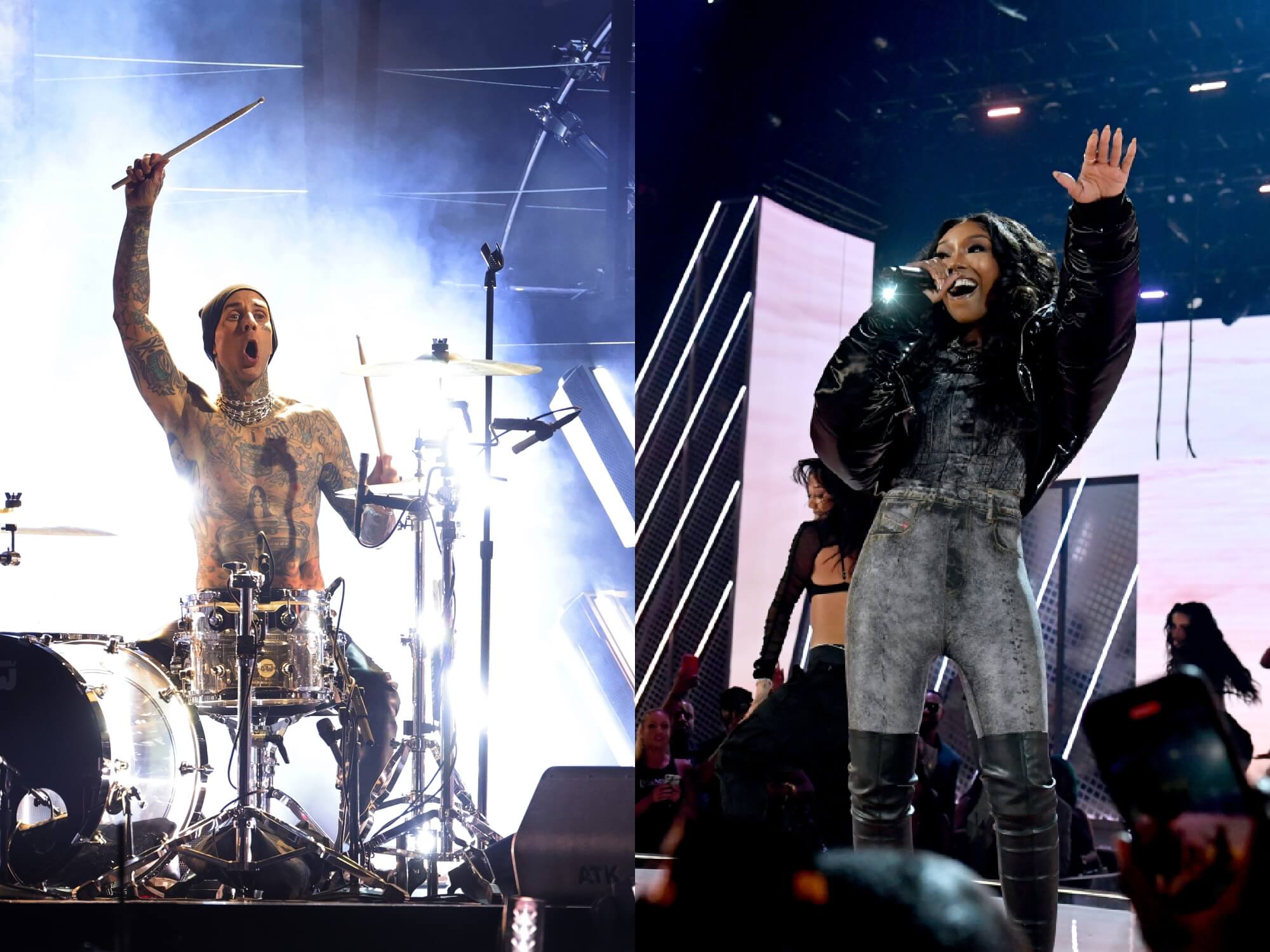 LimeWire has kicked off its second life as an NFT marketplace with exclusive collections from Blink-182’s Travis Barker, Brandy and more.

Barker and Brandy’s collections have launched alongside several other LimeWire-exclusive NFT collections from Nicky Jam, Dillon Francis, 7 Aurelius, Elijah Blake, Fitbit Club featuring Jim Jones, Maino, Dave East, and Fabolous and Gramatik as part of the platform’s first release. The collections span a variety of content, from original tracks to artworks and content.

Barker’s collection will feature behind-the-scenes footage of the artist working in the studio, and owning an NFT from the collection will unlock an exclusive song. Barker will also release a one-of-one NFT that is a 3D model of his drum set and the physical drum set he uses at concerts, rehearsals and at home. At the same time, Brandy has partnered with Probably Nothing’s Photosynthesis, the NFT collection from restaurateur  Jeremy Fall, for a collaborative flower bouquet NFT with an accompanying spoken word performance by Brandy about mental health.

In a statement, Barker shared his excitement for the project, saying, “I have always been interested in Web3 and NFTs so I am pretty stoked to release my first NFT collection and to do it on LimeWire. I hope that my NFT collection will inspire aspiring artists and fans who want to learn about my creative journey and how I make music.” Brandy concurred, adding that NFTs had become a “big part of culture”.

LimeWire’s new life as a NFT marketplace was first announced earlier this year in March, and attracted investments from 720Mau5, the fund run by deadmau5 along with his manager and business partner Dean Wilson, and DAO Jones, a group of investors consisting of high-profile music industry figures including Steve Aoki among others. The platform is built around the buying and trading of limited editions, pre-released music, unreleased demos, graphical artwork, exclusive live versions, as well as digital merchandise and backstage content.

LimeWire has also struck a deal with Universal Music Group for content licensing on a global scale.