The producer used the phone to create and perform music as a teenager. 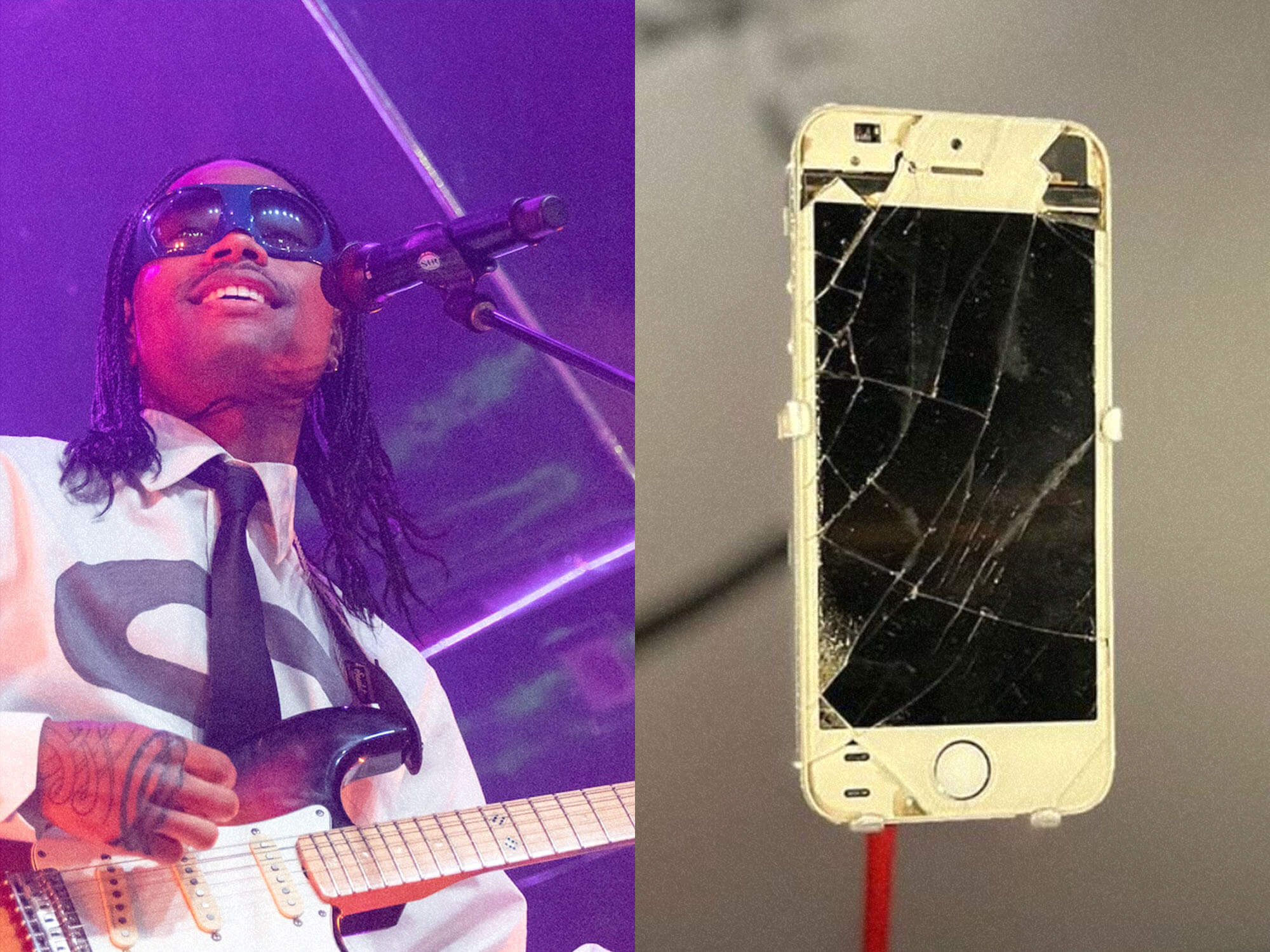 The old phone of singer, songwriter and producer Steve Lacy, which he used to record much of his music growing up, has been included in an exhibit at the Smithsonian museum in Washington D.C..

The iPhone – from 2012 – was used by The Internet band member and prolific rap producer to produce and perform much of his music growing up in Compton, California. On the phone, Steve Lacy used the Garageband app and a plugin for his guitar called iRig to perform his music.

The phone was the producer’s introduction to music-making in 2012. Later, in 2013, he was asked to produce on The Internet’s third studio album, Ego Death, which was nominated for Best Urban Contemporary Album at the 58th Grammy Awards in 2016. Since then, he has produced for the likes of Mac Miller, Kendrick Lamar, YG and released solo projects such as Steve Lacy’s Demo and 2022’s Bad Habit.

Steve Lacy’s smashed iPhone is being showcased as part of an exhibition called Entertainment Nation at the Smithsonian National Museum of American History in Washington D.C.

According to the Smithsonian’s website, the exhibition “explores how, for more than 150 years, entertainment has provided a forum for important national conversations about who we are, and who we want to be.”

In a post to Instagram, the musician said, “my first iphone that i made music on is now on display in the newest exhibit: how entertainment shaped america… my whole family came out to celebrate the opening day with me. so so so grateful. so much love.”

The exhibition displays around 200 iconic objects associated to the likes of Cyndi Lauper, Judy Garland, Frank Sinatra, Bette Davis, and Muhammad Ali. In it, visitors will find items that paved the way for the film, music, sports and performing arts industries over the last 150 years, such as Dorothy’s red slippers from the 1939 Wizard Of Oz movie, John Coltrane’s Selmer tenor saxophone, the original Kermit puppet from Sesame Street, and many more.

Find out more about Entertainment Nation and book tickets at americanhistory.si.edu.