Now we wait for the world to be ready for the Machine Girl x Whitney Houston crossover. 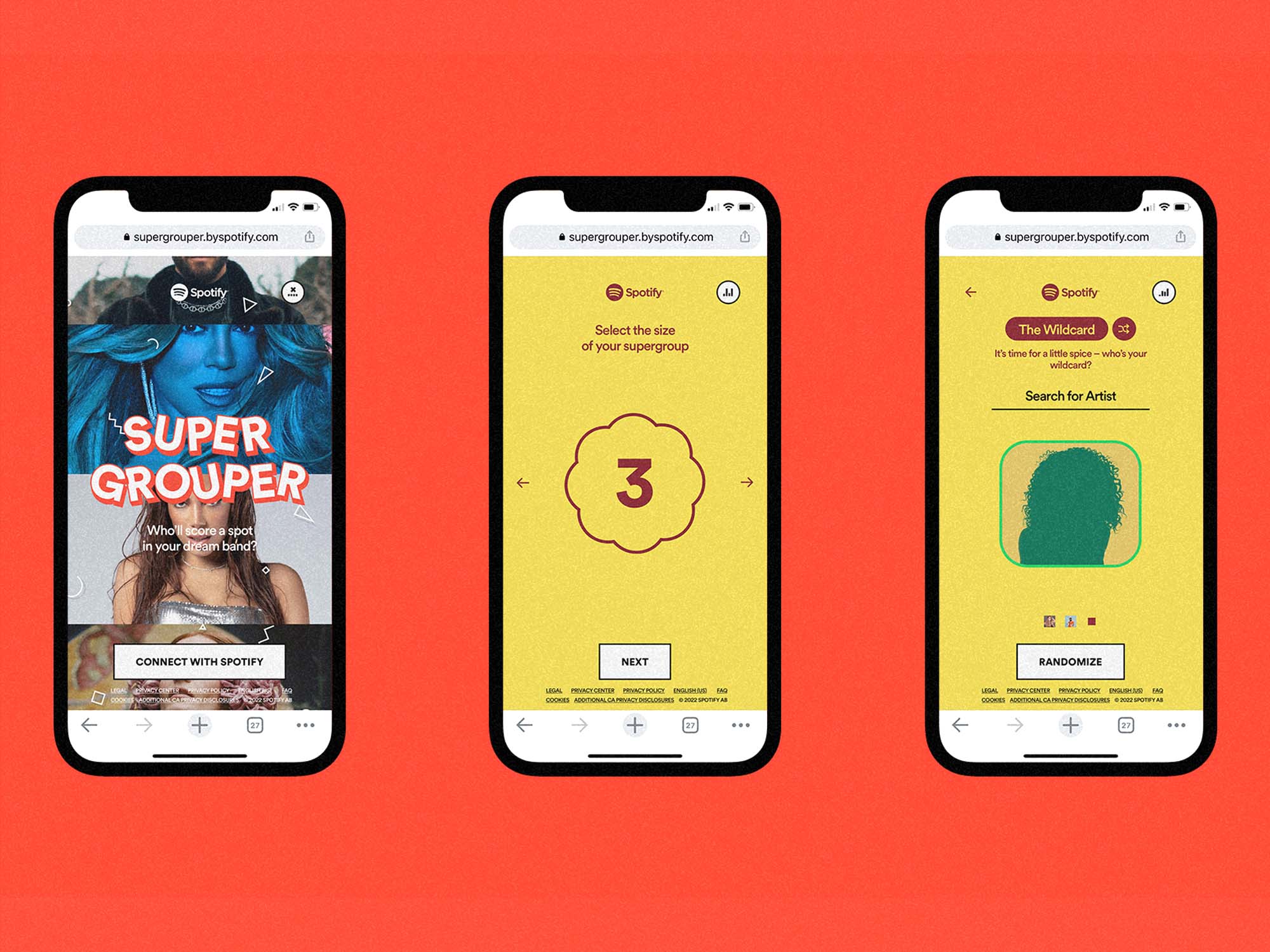 Using the Supergroup feature, which is only available on mobile, users will be able to select the artists for their dream band, assigning each artist roles like “The Lead,” “The Lyricist,” “The Hypeman,” and others. Spotify can also create a randomised ‘band’ of artists for the user based on their listening habits.

Once users give their Supergroup a custom name, Spotify will create a personalised playlist featuring music from the user’s Supergroup artists. Users can then share a custom card for their Supergroup with friends and followers on social media, and check out other Supergroup playlists from cards that are sent to them.

Spotify is billing the feature as a way to experience the closest thing to having your favourite artists sharing the stage with each other and a reflection of users’ own listening habits that often features artists from multiple genres sharing space in a playlist.

Another Spotify analyser tool has recently become popular on the internet as users have been using the Icebergify open-source tool to picture their favourite Spotify artists in the form of an ‘iceberg style’ chart. The tool uses data collected by Spotify about your top 50 artists in the short term (~one month), medium term (~half year), and long term (several years), and then ranks the artists by popularity or obscurity into their corresponding iceberg ‘level.

Spotify CEO Daniel Ek called podcasts a $20 billion opportunity for the platform earlier this year, as Spotify informed investors that the vertical brought in $215 million in revenue last year. In pre-prepared remarks for Spotify’s 2022 Investor Day, Ek played up the platform’s investments into podcasts as one with “40 to 50% gross margin potential” while claiming Spotify’s next move would be to “play to win” and become the major player dominating audiobook space, which he called an “annual opportunity of $70 billion dollars”.