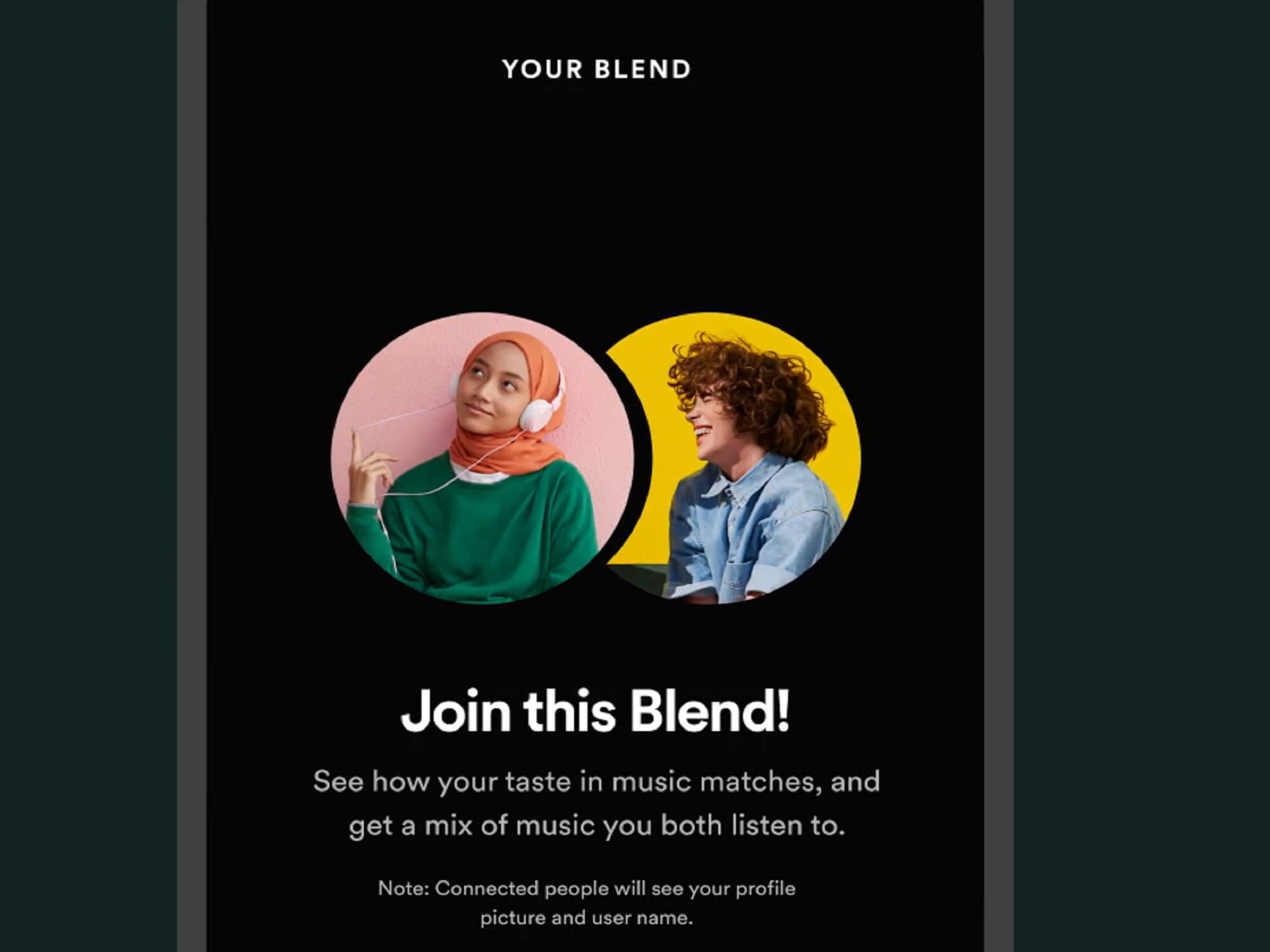 Spotify has announced that its playlist sharing Blend feature will be expanded to include artist and group playlists.

Users are now able to create shared playlists with up to 10 people by searching “Blend” within the “Search” tab on Spotify. Then, users can tap “Invite” to select people to use the Blend feature with. Once the invite has been accepted, Spotify generates a shared Blend playlist that includes songs and recommendations from the group’s individual music preferences.

Users will also be able to see which songs were added for which friend.

The artist playlists for Blend will work similarly, and currently features 20 artist playlists for users to Blend with, including K-pop sensations BTS, AB6IX, Charli XCX, Kacey Musgraves, Lauv, Megan Thee Stallion and Diplo. Additionally, Spotify will generate a sharecard that shows their listening preferences in relation to the artist, as well as songs both the user and artist mutually enjoy.

The Blend playlist feature is available for both free and premium Spotify users. The feature first launched in August 2021 after being beta tested in June and uses Spotify’s personalisation capabilities and collaborative playlist functionality. The feature launched with custom playlist cover art so users can distinguish between playlists, taste match scores, and shareable cards.

In other Spotify news, the streaming platform announced that it paid out a record $7 billion in royalties in 2021, up from 2020’s $5 billion. In 2021, the three major record labels — Sony, Universal and Warner — earning $12.5 billion from streaming recorded revenue alone, with Spotify payments making around a third of that streaming total. 52,600 artists of the total 8 million artists residing on the platform generated more than $10,000 from Spotify in 2021, which puts the total royalty picture in perspective.

Spotify however notes that it is the largest sum paid by one retailer to the music industry in one year in history, including any single retailer at the height of the CD era.