Spotify is getting dedicated Concerts and Discover tabs, according to alleged online leak

It supports the reports that the streaming giant will be getting into ticketed events. 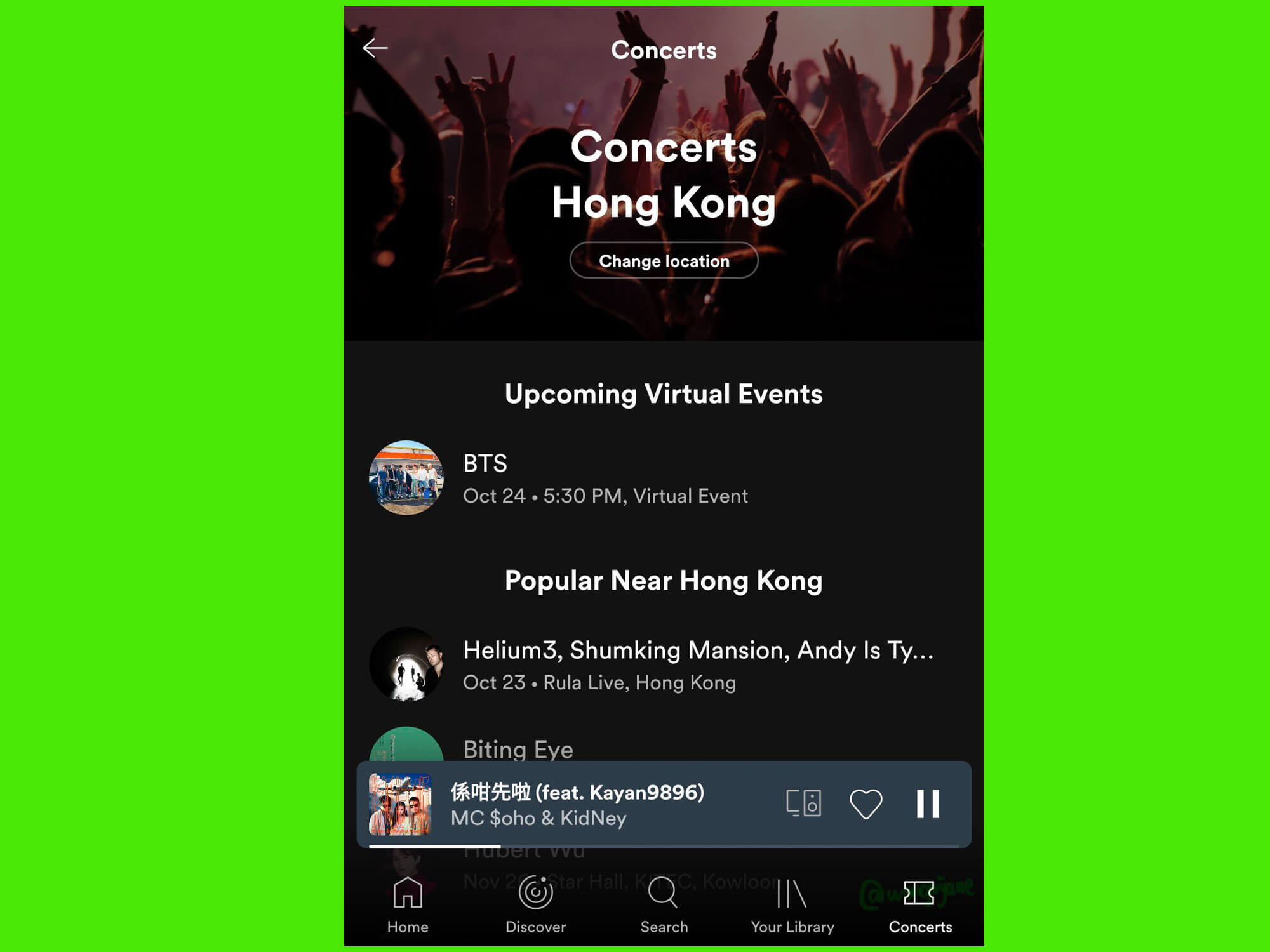 Back in July, it was reported that Spotify would be delving into the ticketed events market to set itself apart from competitors such as Apple and Amazon. Now, an alleged leak showing a Concerts tab on the Spotify app seems to support that theory.

The source of the leak traces to Jane Manchun Wong, the tech research blogger who earlier this year shared images of the GUI Spotify may be using in its still-unreleased HiFi service.

Wong’s latest screenshots show an alleged Spotify build with new Concert and Discover tabs. According to the image, the Concerts tab displays virtual and live events around selectable locations (Hong Kong, in this example). As for what the purported Discover page could hold, it’s still uncertain.

Spotify is working on a dedicated “Concerts” tab pic.twitter.com/bid3sRKBzO

According to an Engadget report from earlier this year, Spotify could be leveraging user data it has collected to help artists schedule concerts in areas they would best succeed. In practice, this could be useful for artists looking to branch out into new territory, as they would be able to book in cities with an almost guaranteed audience.

Spotify first dipped its toes in the realm of virtual events in the first half of the year with a series of ticketed broadcasts headlined by The Black Keys, Rag’n’Bone Man, Jack Antonoff, Leon Bridges and girl in red.

Meanwhile, it’s been quiet on the Spotify HiFi front, as the world’s most popular streaming service still hasn’t offered more details on the service since it announced it in February 2021.