The rapper released an NFT collection called ‘Back On Death Row’ last Friday (February 11) consisting of 25,000 ‘stashboxes’ each containing one song from the 17-track album of the same name. 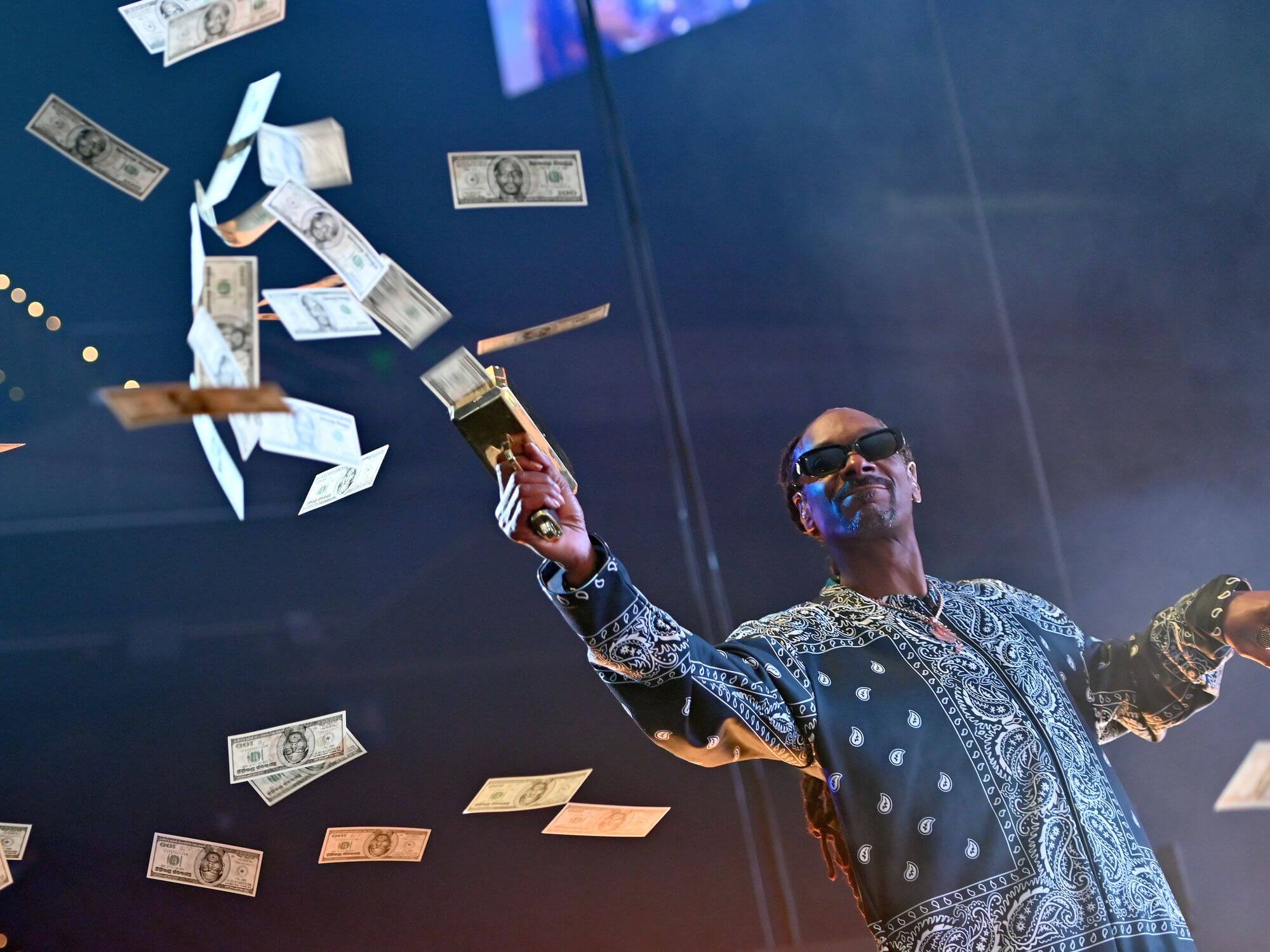 Just a week after buying the label he made his debut under, Snoop Dogg has now shared plans to turn Death Row Records into an NFT label.

In a Clubhouse call from February 15 that has been posted on YouTube, Snoop Dogg said “We will be putting out artists through the metaverse and through a whole other chain of music.”

“Just like when we broke the industry when we were the first independent to be major, I want to be the first major in the metaverse.”

No further details have been shared on Snoop Dogg’s plans for Death Row’s transition into an NFT label.

Snoop Dogg has been an early and enthusiastic adopter of Web3 trends, having released an NFT collection called ‘Back On Death Row’ last Friday (February 11) consisting of 25,000 ‘stashboxes’ each containing one song from the 17-track album of the same name. Each of these boxes was priced at $5000, and nearly 9,000 have already been sold, generating $44 million in revenue for the legendary rapper.

Snoop Dogg has even launched his own interactive metaverse space called Snoopverse on The Sandbox platform, where a fan paid $450,000 in Ethereum to be Snoop’s digital neighbour

In September 2021, he revealed to Fortune that he had personally accumulated $17 million worth of NFTs under the alias of Cozomo de’ Medici, a known collector of weed-related NFTs.