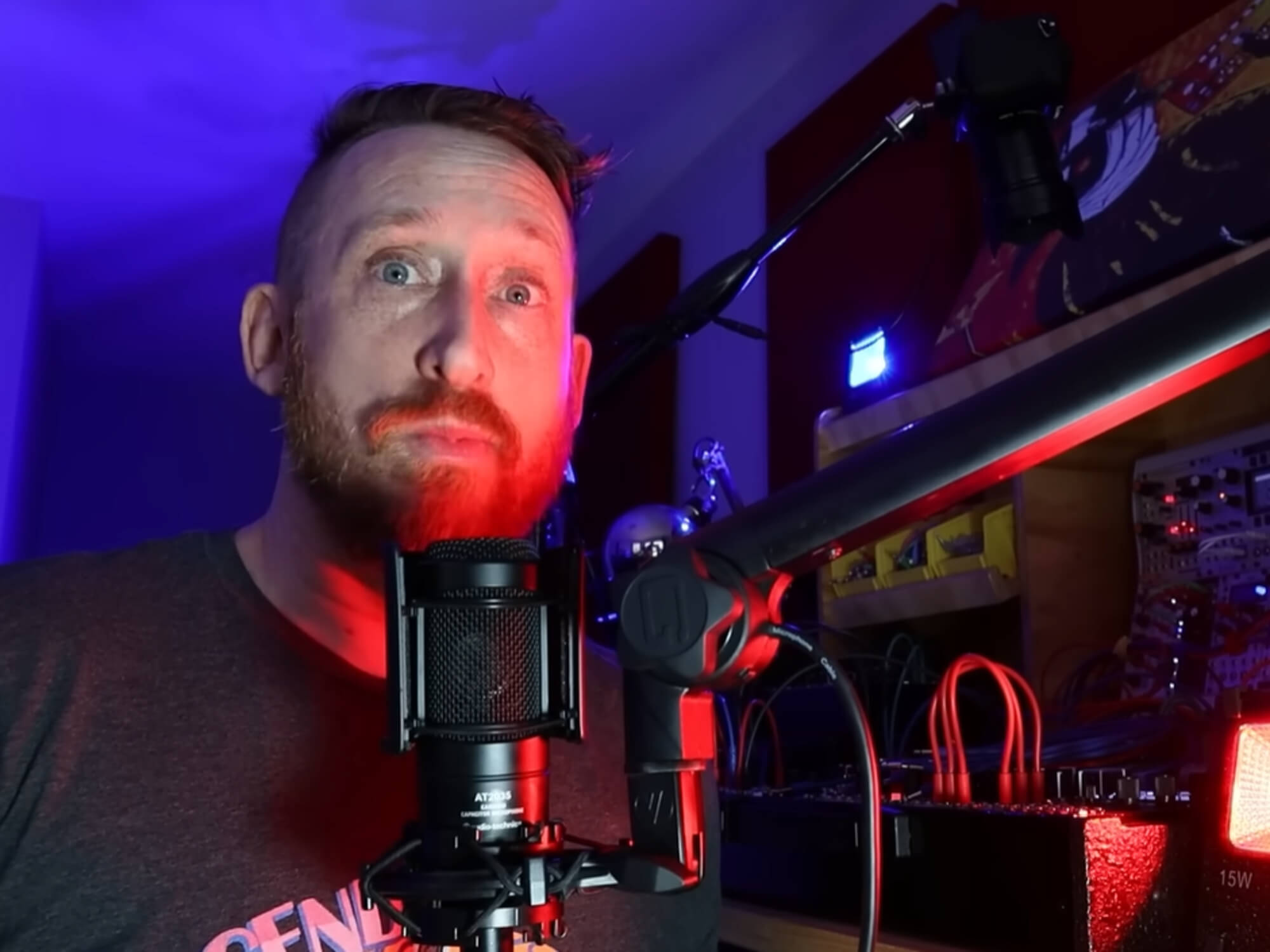 Music production channel Red Means Recording has called out music technology brands for allegedly taking advantage of synth influencers, arguing that creators deserve more from companies for the amount of hype their videos drum up.

Directing his video to music technology brands, music producer/YouTuber Jeremy Blake asserts that “what this is really going to come down to is fair compensation for the amount of work that it takes to create a piece of media surrounding your product.”

Suggesting that the reach of music technology videos on YouTube is more impacting than traditional advertising methods, Blake argues that creators have to be compensated with more than just the ‘free gear’ they receive to make those very videos.

The producer states that as happy as he is about “being noticed and getting sent free stuff” in the early days of his YouTube channel, it ultimately “didn’t do anything” for him in the long run, financially. He’s also not motivated to sell the gear he receives.

He adds, “You are hiring us to do video work for you. If you were to go and hire somebody to do video work to show off your product — what would it cost you? “How much would it cost you to go find somebody who has decades of experience working with music technology, making music, putting out albums and can get a piece of gear and not only make it sing musically but also explain it?

“There’s a lot of capital and labour that has gone into individuals who are good at things that you disregard if you come at somebody and say ‘I’ll give you a not-for-resale licence of this piece of software in exchange for a video’. It’s kind of insulting honestly. And I’ve finally come to acknowledge the fact that I really need to stop working for free.”

The producer also adds that as much as he loves working with small music technology brands, he has been “treating them a little too much like family” where they “do work for each other for free”, something he will put a stop to moving forward.

It’s clear that Blake’s plea has struck a chord with synth/ tech YouTubers like BoBeats and Hainbach, the former of whom commented, “This is a very important video. Having spent alot of energy trying to get companies to actually value youtubers correctly I know all too well that synth youtubers are constantly undervalued. The way forward is two part, and just like Jeremy explains one side is knowing your value (don’t sell yourself short!) and the other is us as a collective pushing for better conditions.”

Hainbach, too, added that he has “almost entirely stopped doing demos/reviews”, except for when he’s “really excited for something”.