Photos of Wu-Tang Clan’s enigmatic Once Upon a Time in Shaolin album released by US government, but its price remains a “trade secret”

Nearly seven years after the release of the single-copy album, fans can finally get an update on the band’s work. 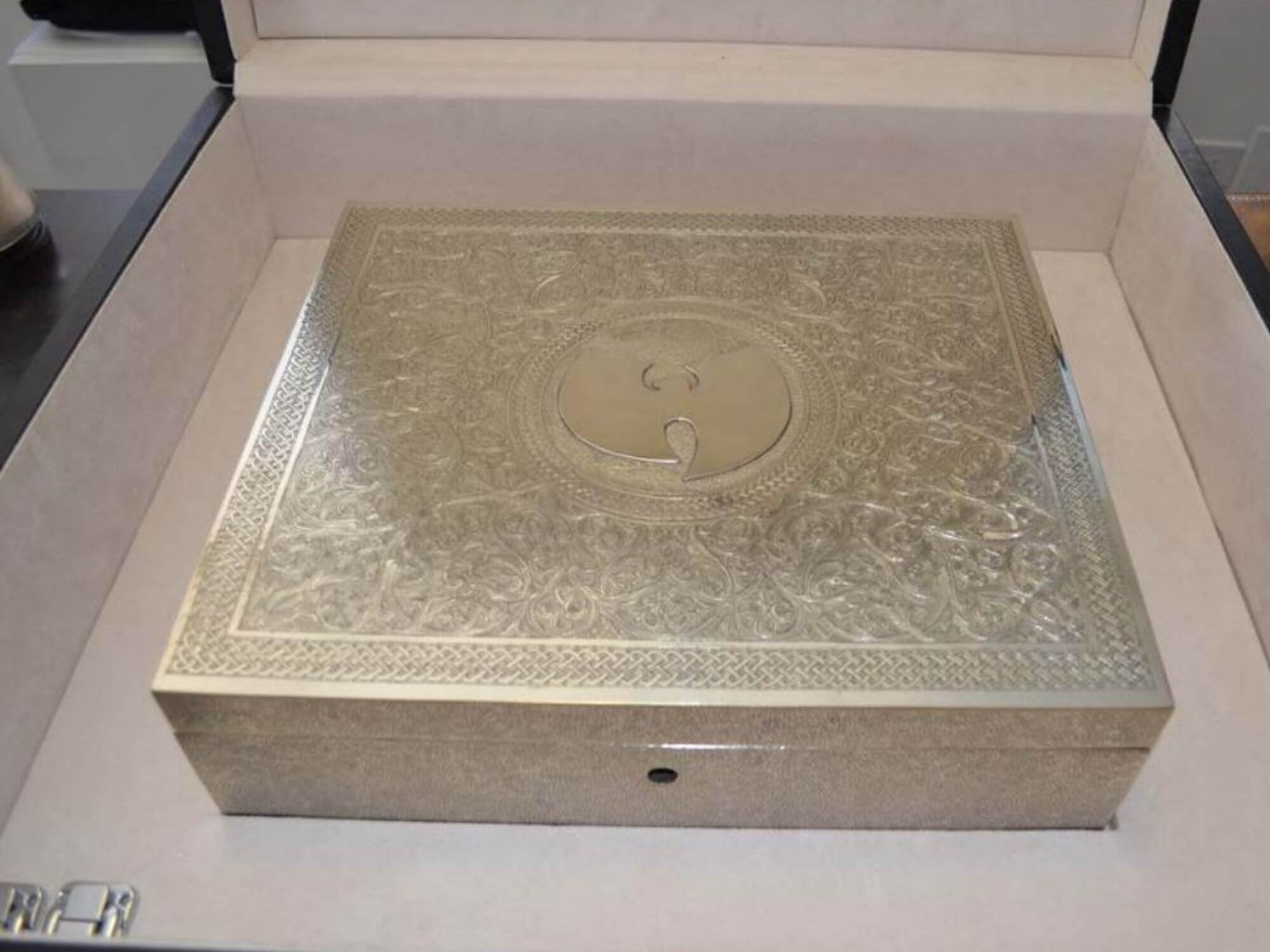 Image: US Department of Justice

The US government has released some new photos of Wu-Tang Clan’s one-of-a-kind Once Upon a Time in Shaolin album.

The record, which was limited to a single copy sold in 2015, was first purchased by pharmaceutical mogul Martin Shkreli for $2 million and subsequently seized by the US marshals in 2018 after Shkreli was convicted of securities fraud and securities fraud conspiracy.

The album was then sold last July by the US government to an undisclosed buyer for a reported $4 million. It was later revealed that the record had been purchased by cryptocurrency collective PleasrDAO.

On Wednesday, Buzzfeed revealed that it had obtained a series of documents and photographs of the album through a Freedom of Information Act lawsuit, leading to the release of 54 new images of the album as well as the record’s bill of sale and purchase agreement.

Along with the photos, a list detailing the “asset” revealed what the sale entailed: audio recording on two CDs, an outer box made of a cedar wood box covered in black cow leather with light beige velvet lining, a nickel-silver inner box and an inner jewel case containing two CDs over cedar wood with black cow leather lining, a leather-bound lyric book with lithographs depicting original artwork and photographs of band members, a leather folder with a gold-leafed certificate of authenticity, and a leather folder with indenture and purchase agreement.

Images of the two CDs, the tracklist, and parts of the lyric book, however, were redacted by the US government, cited as “trade secrets” – as was the sale price of the album, unfortunately.

NEW: @BuzzFeedNews & I sued the govt under #FOIA for docs about it's sale of Wu-Tang Clan's Once Upon a Time in Shaolin. We obtained amazing new pics of it, bill of sale, purchase agreement & more. But govt claims sale price of album is a trade secret! https://t.co/SYZCL14IpO pic.twitter.com/2JjKPLM2wN

Last year, Wu-Tang Clan’s RZA spoke of the album’s sale during an interview, expressing his regret that Once Upon a Time in Shaolin had fallen into the “wrong hands”.

“He made the deal before it was revealed of his character, his personality, and all the insidious things he would go on to do,” the band’s founder said. “That wasn’t the guy I met but he definitely unfolded into that guy and he had control of this one-of-a-kind piece of art.”