Nothing is opening its first ever physical store in London

There will be some exclusive goodies available on opening day. 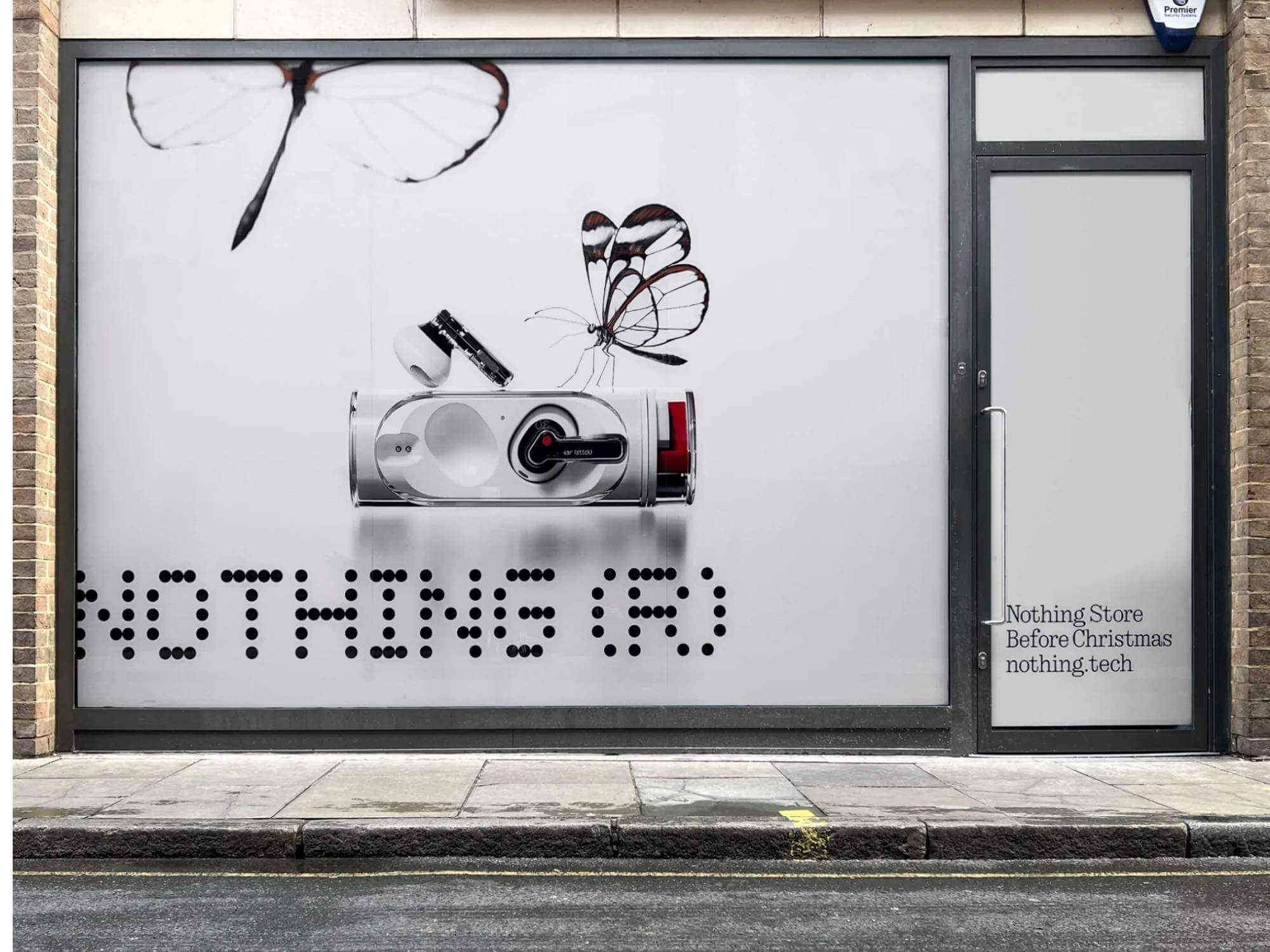 Whimsical tech company Nothing is set to open its first ever physical shop in London this year.

Although no opening date has been confirmed as of yet, a statement on Nothing’s website confirms the store will open before Christmas 2022. The company, known for its quirky and futuristic tech, has launched its own smartphone and recently teased the release of its latest take on a competitor to Apple’s AirPods with its Ear Stick.

Nothing’s statement on the new store reads, “Almost two years since we began, Nothing is about to celebrate a major milestone. Our first ever retail store is coming. Opening before Christmas 2022. It’s the physical expression of everything we stand for. And we couldn’t be more excited.”

The statement goes on to explain, “With industrial and mid-century design inspirations, including the iconic Olivetti stores in Italy, the boutique space is unlike the tech stores you’ve been to before. It’ll be a unique way to experience our entire product range.”

Customers will be able to purchase the all-new Ear Stick at the store as well as the Phone 1 and Ear 1. It’s located in the heart of Soho and the first 100 visitors on opening day will get a chance to buy one of the #100 serialised, limited edition Ear Sticks.

Exclusive branded merchandise will also be available on a first come, first serve basis which includes never-before-seen t-shirts and jumpers.

Nothing appointed Dyson’s former design lead, Adam Bates, as its new Design Director back in January 2022, alongside its founding partners at Teenage engineering, and has continued to blossom further since then.

The store will be located at 4 Peter Street, Soho, London, W1F 0AD. You can watch the official reveal video premiere for the Ear Stick which will showcase full features and availability here.

Find out more on nothing.tech.