Producer-influencers such as White Sea Studio, Dan Worrall, Gunsoww and QB!K have shared differing views on the plug-in. 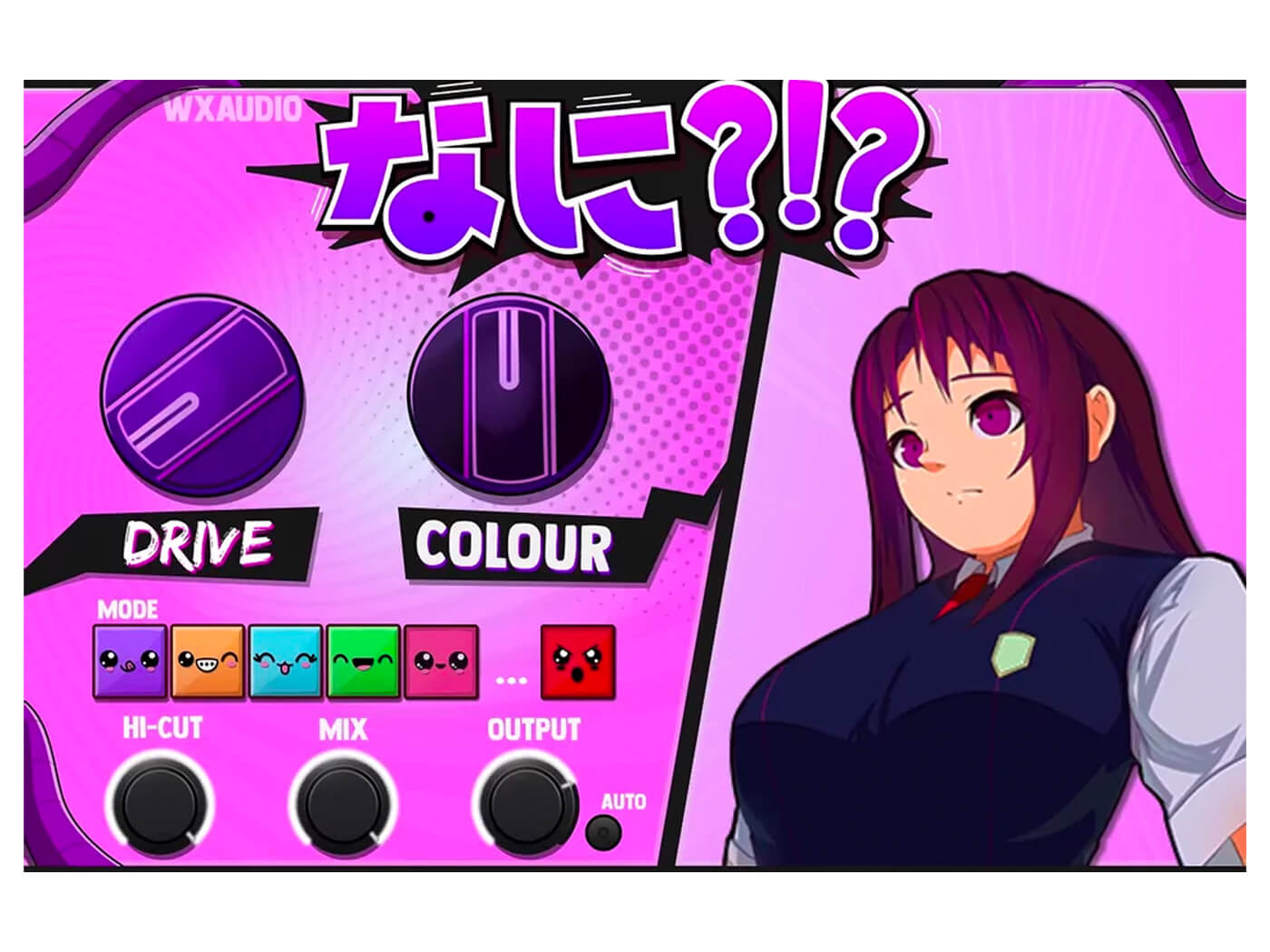 The music-making community has reacted strongly to Nani, a distortion plug-in that features provocative anime artwork.

Created by Los Angeles-based company WXAudio, Nani is a six-mode distortion with drive and colour controls, along with hi-cut, mix and output parameters. As you turn up the drive control, a female anime character depicted on the interface starts to shed her clothes – to the point at which her bare breasts are exposed.

Reactions from the producer community have been mixed. Producer-influencers such as White Sea Studio and Dan Worrall have rebuked the plug-in, expressing their views in videos shared to their respective YouTube channels.

In White Sea Studio’s video, shared on Saturday (22 May), founder Wytse Gerichhausen recounted talking to female engineers and asking them for their experience working in the industry.

“They [all] say that there is no respect [shown] to female engineers in the audio industry,” Gerichhausen said. “A plug-in like Nani is literally proving that.”

Meanwhile, Dan Worrall described the plug-in as “disgusting” in a video shared today (24 May).

“Let’s be absolutely clear – I’m no puritan and this is not about pornography. It’s about the mindset [of whether] a plug-in interface is an appropriate place for pictures of boobs.”

Worrall commented: “How should I interpret [this data]? Are men 1,000 times more interested in music technology than women? Or is there a toxic culture of sexism that tells women they won’t be taken seriously [in the pro audio industry]?”

Worrall also cited The Musician’s Union 2019 survey on sexual harassment in the UK music industry. The survey found that 48 per cent of musicians have experienced sexual harassment at work, 61 per cent feel they are at risk because they work on a freelance basis, and 85 per cent of victims of harassment did not report it, “primarily due to the culture of the industry”.

The survey did not disclose the gender of its respondents, nor did it break down the statistics by gender.

Appearing to take a softer stance towards Nani, YouTubers such as Gunsoww and QB!K have shared demo videos of the plug-in on YouTube and praised its audio qualities.

“I genuinely like the sound and settings. It’s really cool, it’s cheap, and come on, you get to see boobs while you’re producing,” Gunsoww said in his video, dated 18 April.

While it is unclear if Gunsoww’s video is part of a marketing campaign for Nani, the YouTuber is offering discount codes on the plug-in.

In QB!K’s video, he said: “One of the most fun features of the distortion is the animation when you turn up the drive. It’s literally something you can use in so many different scenarios – probably even throw it on your master, who knows?”

“Probably one of the best plug-ins in [the $20 range] in terms of something i’m going to use a lot and not just forget about and it’s not just like a one-time gimmick, you know?”

He concluded: “It’s just such quality saturation and distortion.”