The letter alleges that performers and creators have been “exploited” by internet giants. 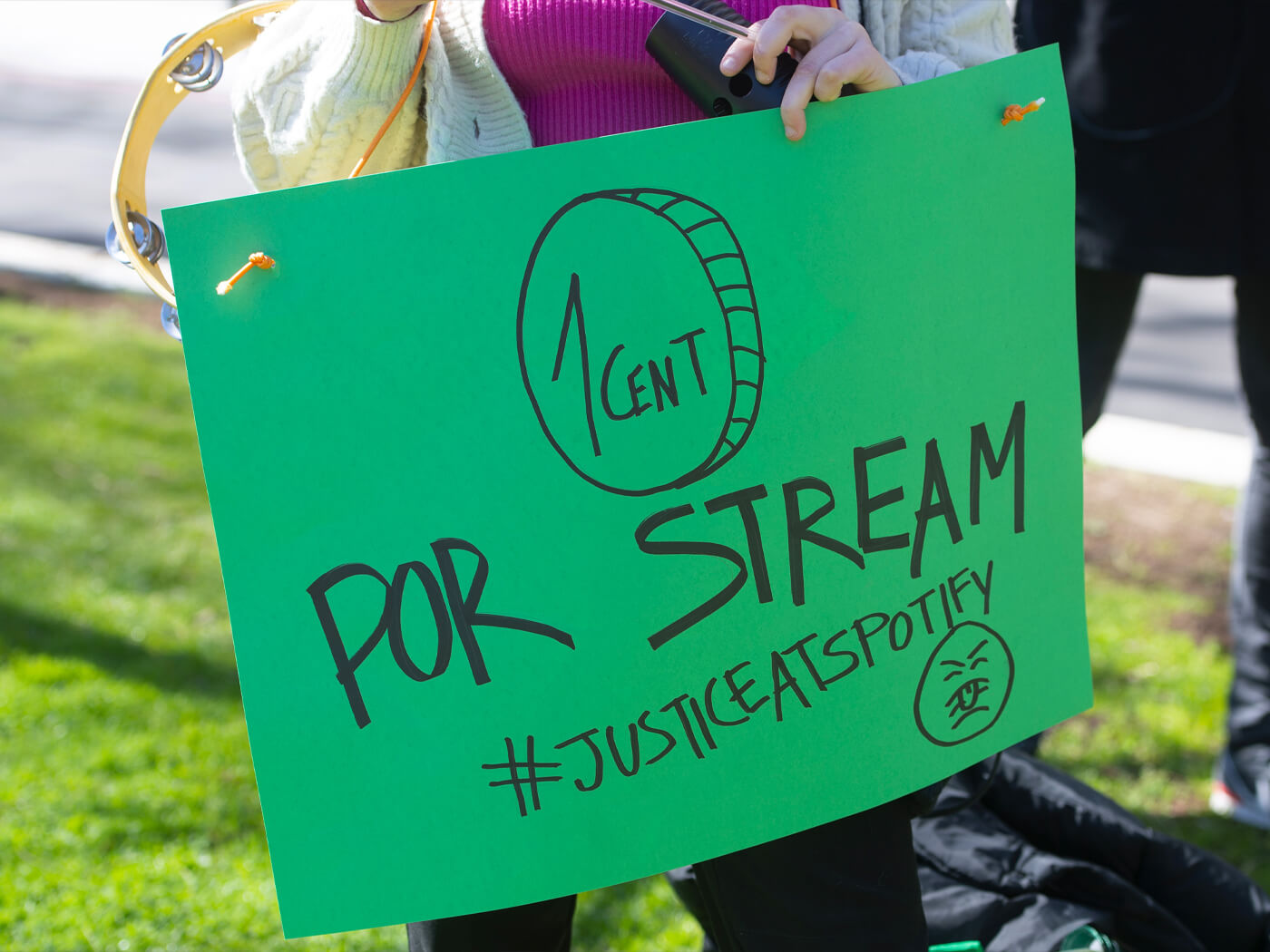 A musician holds a banner saying “1cent for stream” in front of Spotify’s headquarters in Madrid, Spain / Alberto Ortega / Europa Press via Getty

The Music Producers Guild (MPG) and the Musicians’ Union have backed a new open letter that is calling for the establishment of a UK regulatory body to oversee the streaming industry.

The letter, addressed to UK Prime Minister Boris Johnson and due to be sent to Downing Street today (7 June), is part of musician Tom Gray’s #BrokenRecord campaign. The campaign has now managed to enlist over 230 artists – they include the likes of The Rolling Stones, Shabaka Hutchings, Bicep, The Chemical Brothers and Brian Eno.

The letter alleges that music-makers receive “very little income” for their performances and have been “exploited” by streaming platforms, record labels and “other internet giants”.

“We need a regulator to ensure the lawful and fair treatment of music-makers,” the letter continues. “The UK has a proud history of protecting its producers, entrepreneurs and inventors. We believe British creators deserve the same protections as other industries whose work is devalued when exploited as a loss-leader.

“By addressing these problems, we will make the UK the best place in the world to be a musician, producer or a songwriter, allow recording studios and the UK session scene to thrive once again, strengthen our world leading cultural sector, allow the market for recorded music to flourish for listeners and creators, and unearth a new generation of talent.”

This is in fact the second time the #BrokenRecord campaign has published an open letter calling for reform. In April this year, 156 artists signed a similar letter – it was also signed by the MPG and the Musicians’ Union – urging for the law to keep up with “the pace of technological change”, per NME.

The news comes a little over three months after demonstrations were held at Spotify’s offices around the globe (see photo above) calling for increased streaming payouts and more transparent business practices.

“Spotify has long mistreated music workers, but the pandemic has put the exploitation into stark relief,” said Mary Regaladoa from the Union Of Musicians And Allied Music Workers, who organised the demonstrations in March, said at the time. “The company has tripled in value during the pandemic, while failing to increase its payment rates to artists by even a fraction of a penny.”

In related news, Hipgnosis Songs Fund co-founder Nile Rodgers in December 2020 appeared in a UK parliamentary hearing on the economics of music streaming. He suggested that record labels are responsible for the issue of low streaming payouts as some labels keep up to 82 per cent of streaming royalties received from services such as Spotify, Apple Music and Amazon Music.

“It’s not the streaming services that we have the problem with, it’s fantastic that they can distribute our product in such an effective, wonderful way and keep a great digital trail,” Rodgers said. “It’s the labels that are perpetrating this.”