Moog workers union clarifies it isn’t calling for a boycott: “We want the company to thrive”

“If anyone was planning on buying an instrument soon, they still should,” the union stated in a tweet. 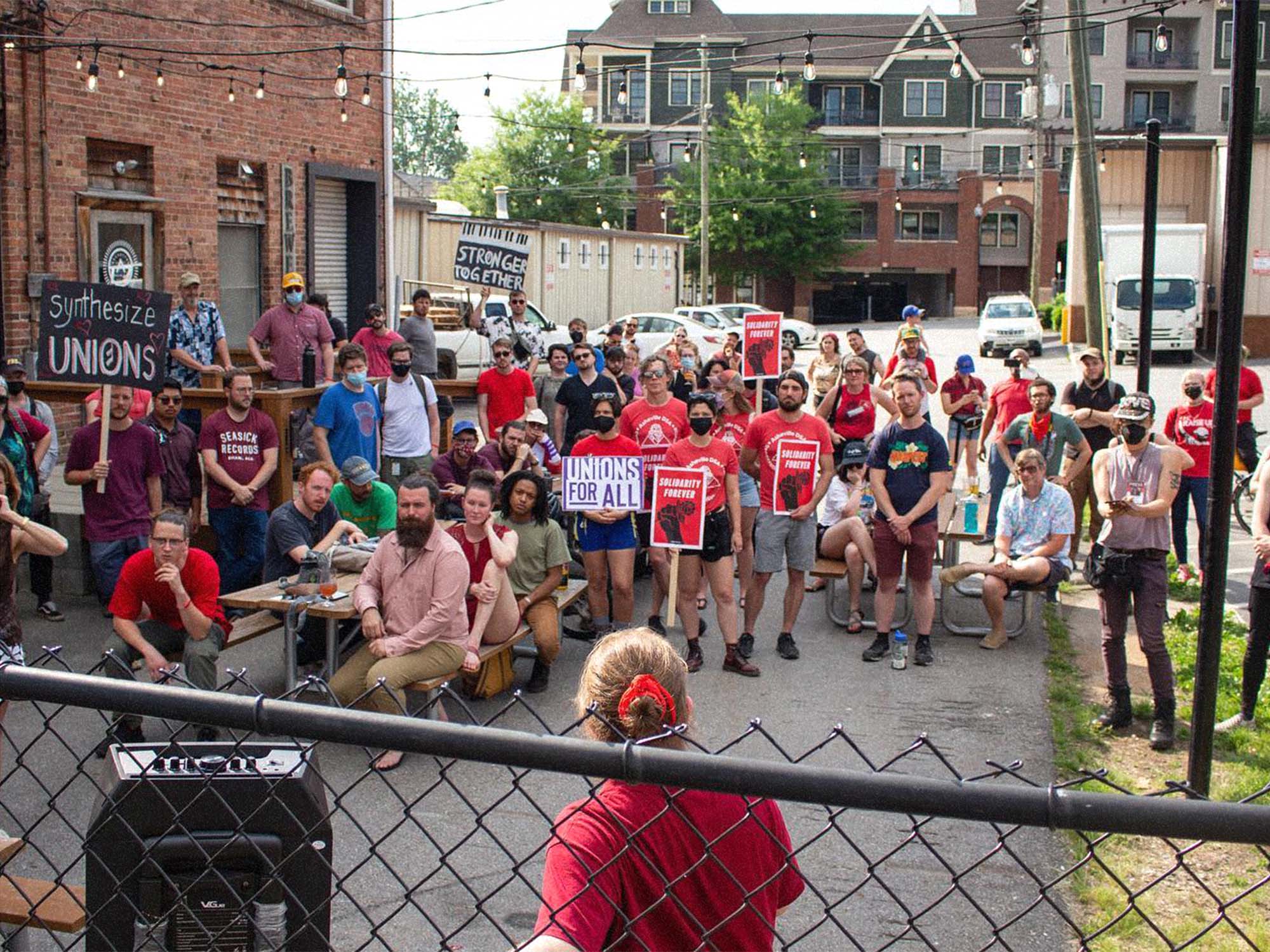 The recently formed Moog Music Union has restated its goal of attaining better working conditions for company employees, adding that customers wanting to buy a Moog instrument should still do so.

In a tweet, the Moog Music Union clarified that it wasn’t seeking a “boycott” of the company. “We want the company to thrive, and if anyone was planning on buying an instrument soon, they still should,” it wrote.

“We’re organising and fighting for a contract that would improve the conditions under which we build our amazing instruments, and we believe union representation is the most efficient, effective, and diplomatic way to get that contract.”

Hey Moog fans and campaign supporters, we wanted to be clear that we’re not calling for a boycott! We want the company to thrive, and if anyone was planning on buying an instrument soon, they still should.

Workers of Moog Music Inc. unionised at the start of the month (1 June) through the International Brotherhood Of Electrical Workers (IBEW) in a bid to secure better wages from the legendary synth company.

Union members claimed Moog has fallen short in “providing stable liveable employment” to its employees. According to a statement from the union, Moog’s starting hourly rate for assemblers, packers and warehouse workers is $14.10 – short of Asheville’s “living wage” of $17.70 per hour (per Citizen Times).

The union also claimed that alleged layoffs “in the last few months” suggest that the company “disproportionately” discharges employees of “marginalised identities”.

Moog, which is 49 per cent employee-owned, sent a response to MusicTech, stating its commitment to ensuring “all employee-owners know their voices are heard”

“We respect that our employee-owners have the right to join a union, and we will not do anything to interfere with their right to do so,” the statement read. “While we don’t believe a union is in the best interests of our employee-owners, we will ensure that everyone at the factory has access to accurate information about unions and what a union would mean at Moog so that our employees may make their own informed decisions.”

“We will continue to encourage our employee-owners to share their concerns and participate in direct conversations with management to achieve our shared goals. And we will remain committed to providing benefits (medical, dental, vision, 401K with company match, shares in the ESOP, life insurance) and compensation packages that are competitive both regionally and within the industry.”

The company also stated: “We have engaged outside resources to help ensure our company navigates the aforementioned union efforts legally and with proper guidance.”