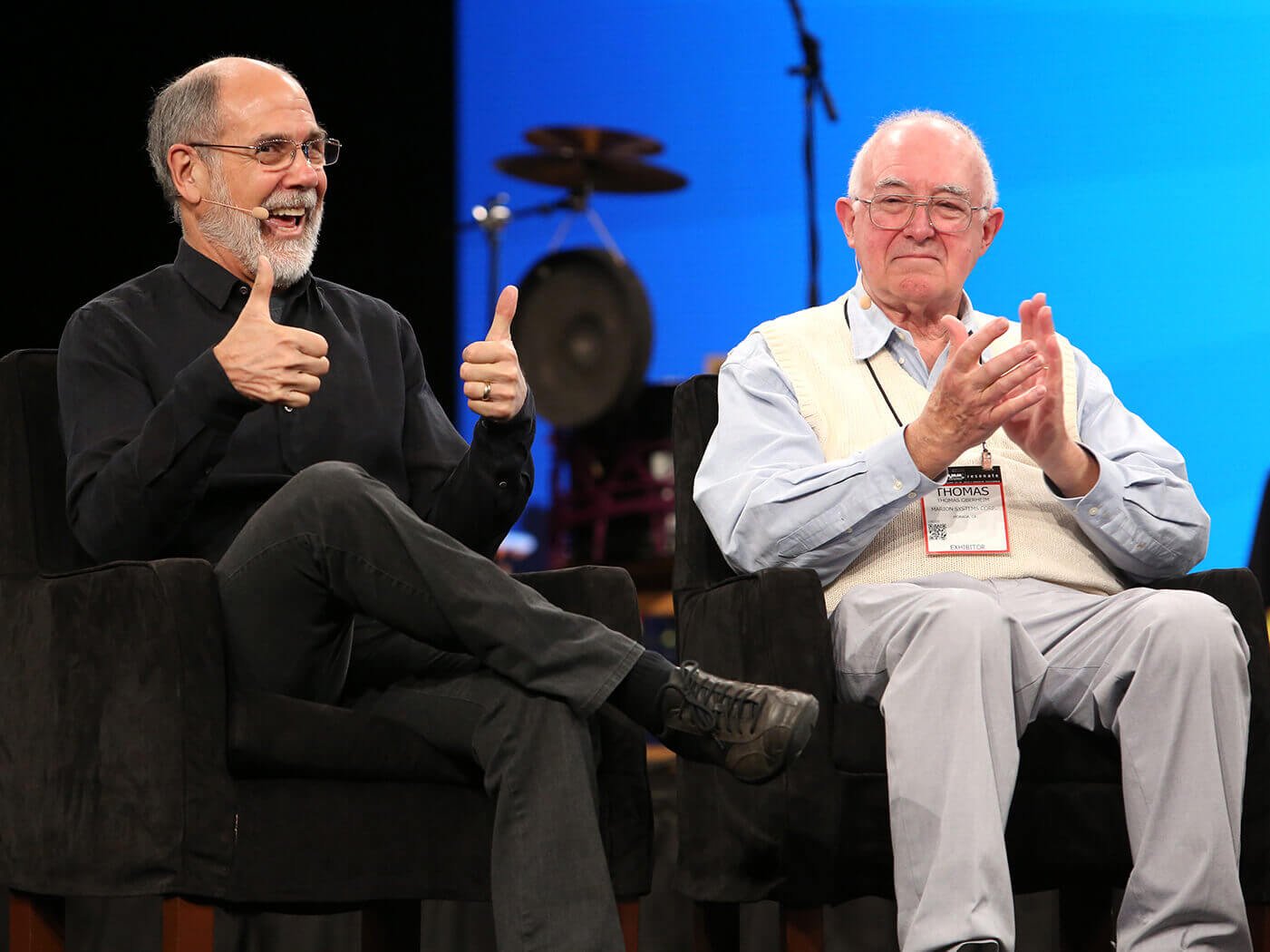 The late Dave Smith, the creator of the first programmable polyphonic synthesizer, the Prophet-5, had PROPHET5 as his registration plate, MusicTech has heard.

The heartwarming story of Smith’s personalised registration plate, which was spotted in San Francisco on his Tesla Model Y, was revealed on MusicTech’s My Forever Studio podcast, brought to you in partnership with EVO by Audient. The podcast was recorded before Dave Smith’s passing.

In the episode – EP5, S4 – South African house and techno duo GoldFish reveal the story while trying to finalise which synth to include in their dream studio.

When the mention of a Dave Smith synth comes from GoldFish member Dominic Peters, fellow member David Poole recounts a story involving an unexpected encounter between his friend and Dave Smith at his home in San Francisco.

He says, relaying his friend’s voice on the phone at the time: “I’m with this guy. He does MIDI things. What’s his name? It’s like… Dave.”

“He sends me a picture,” Poole continues, “of this guy’s number plate and it’s ‘PROPHET5’. It was a Tesla Model Y and had ‘PROPHET5’ as the number plate!”

Speaking to GearSpace.com at Superbooth 2022 in May, Dave Smith revealed how he initially felt “out of his depth” in the industry. In the interview, he goes on to talk about his creation of the Prophet-5, his disregard for sales figures, and his career in synthesis which lasted close to half a century.

The registration plate anecdote comes following the passing of Smith on 31 May 2022. The pioneering engineer, ‘Father of MIDI’ and founder of synth company Sequential was 72 when he sadly died.

Many, from the likes of Flying Lotus, Rival Consoles to Dillon Francis, paid tributes on Twitter, labelling the man as a “visionary creator” and “pioneering inventor”.

My Forever Studio is a weekly MusicTech podcast. Artists are asked to choose six items to include in their dream studio setup. Other guests this season include Krewella, Friend Within, Clean Bandit’s Jack Patterson and Ashibah. Check out all episodes here.