It’s the latest development in a rocky few weeks for Meta and music. 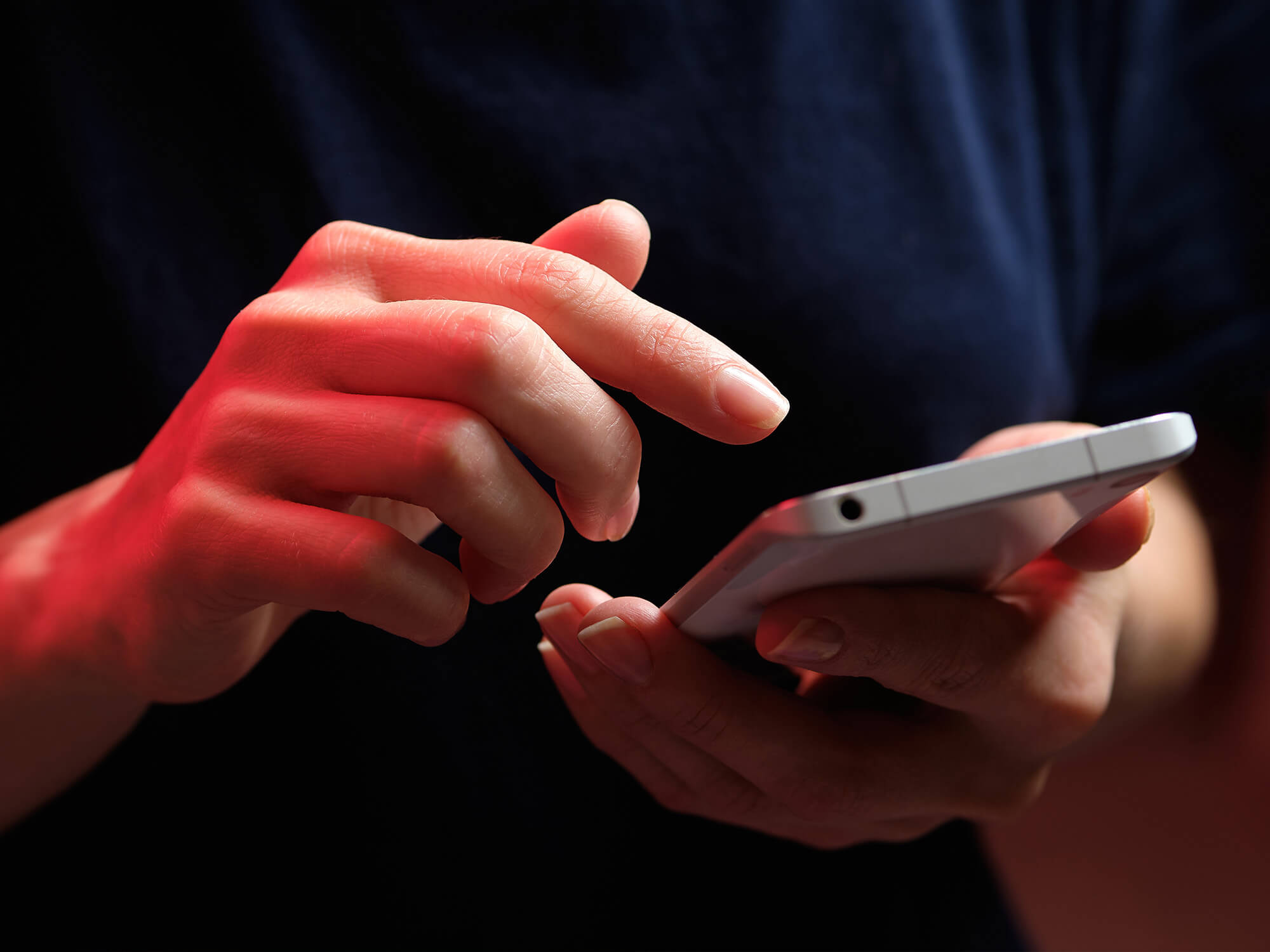 Kobalt Music Publishing has removed its entire catalogue from Instagram and Facebook, citing unresolvable “fundamental differences” between Kobalt and the social media platforms’ parent company, Meta. After the expiry of Kobalt’s previous license with the social media giant, the two companies failed to reach a deal to maintain their working relationship.

A letter released by the publisher reads:

“Over the course of several months, we’ve worked diligently and in good faith to come to an agreement covering a new license for Kobalt’s repertoire. Unfortunately, fundamental differences remained that we were not able to resolve in your best interests, and as a result Kobalt’s repertoire is in the process of being removed from Meta’s services, including Facebook and Instagram, in the United States.”

The nature of these ‘fundamental differences’ remains unspecified, but Kobalt keenly insists that their decision serves the best interest of their artists, saying: “we’ve always stood for songwriters first, and we’re proud to continue to do so. We remain fully committed to reaching an agreement with Meta.”

Kobalt is estimated to be the publisher of artists responsible for over 40% of the Top 100 tracks and albums in any typical week, both in the UK and USA, reports Music Business Worldwide, meaning that the removal of its catalogue could have a major effect on the distribution of music by artists on the three major record labels, as well as those signed to independent distributors and labels globally.

The development also comes after Swedish production house Epidemic Sound filed a lawsuit against Meta in the United States for “rampant” unauthorised use of its catalogue across Facebook and Instagram, demanding damages of over $142m.

See Kobalt’s letter in full below: 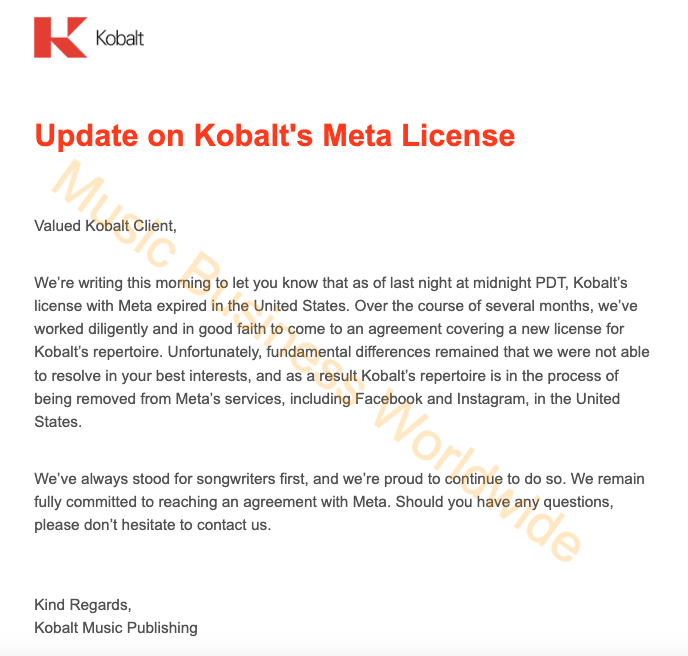