Have you ever looked at someone’s wristwatch and thought, ‘Hmm, that makes me want to buy a synth’? 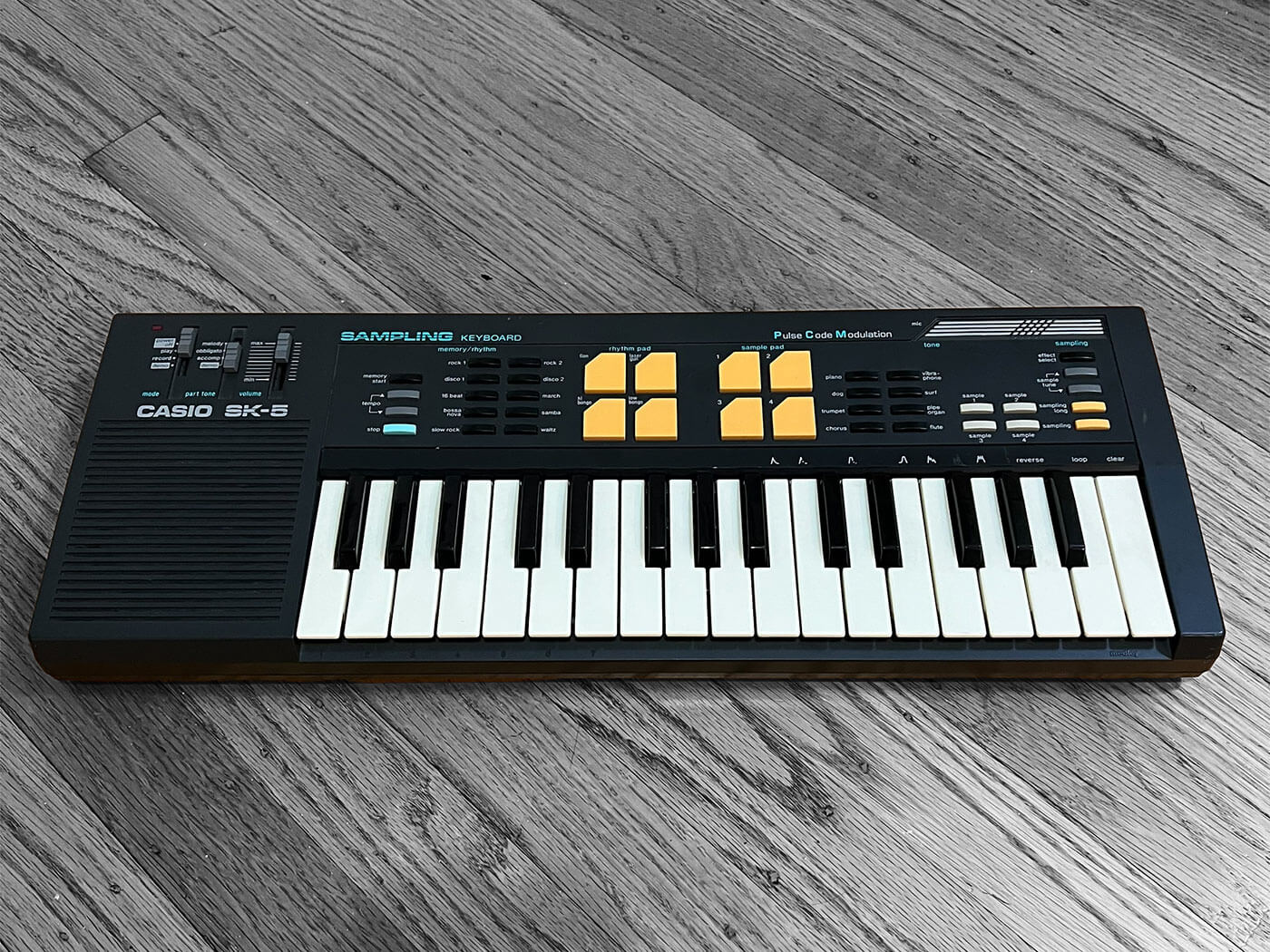 John Mayer’s watch partnership with Casio has reportedly led to a spike in demand for one of the brand’s vintage samplers on gear selling website, Reverb.

The brand has straddled across the watch and musical instrument market since the 80s, and its latest launch for the Casio G-Shock Ref. 6900-PT1 in partnership with Mayer and watch retailer Hodinkee, has been inspired by the PT-1 Mini Synthesizer of the 80s.

Since its release, used sale prices for the Casio SK-5 sampler, a similar toy-like synth of the same era, have doubled on Reverb. The company reports, “though how much of that is Mayer’s influence and how much of that is the simple understanding that old Casios make great first synths can’t really be known.”

Casio first built the PT-1 synth in 1982 and continued production until 1988, meaning it was one of the many affordable synths and samplers the company released during Mayer’s early childhood, Reverb explains. It was a mono synth, with just four simple tones, piano, violin, flute, and fantasy, and had a built-in drum machine.

The 80s and early 90s saw other similar child-friendly models like the PT-1 such as the PT-80 mini synth, as well as the now-in-demand SK-5.

Mayer, Hodinkee, and Casio have now concluded a trilogy of releases based around the Casios of Mayer’s youth, Reverb reports. In 2020, they released the SK-5-inspired G-Shock Ref 6900 and, last year, they followed it up with a PT-80-inspired limited-edition model.

Back in September, Casio launched its range of Premium Privia digital pianos, the PX-S7000, PX-S6000 and PX-S5000. The new additions featured colours and finishes with charisma to fit into stylish, modern living spaces.