His instruments were used by Pink Floyd, The Beatles, Kraftwerk, Soulwax and Paul Epworth. 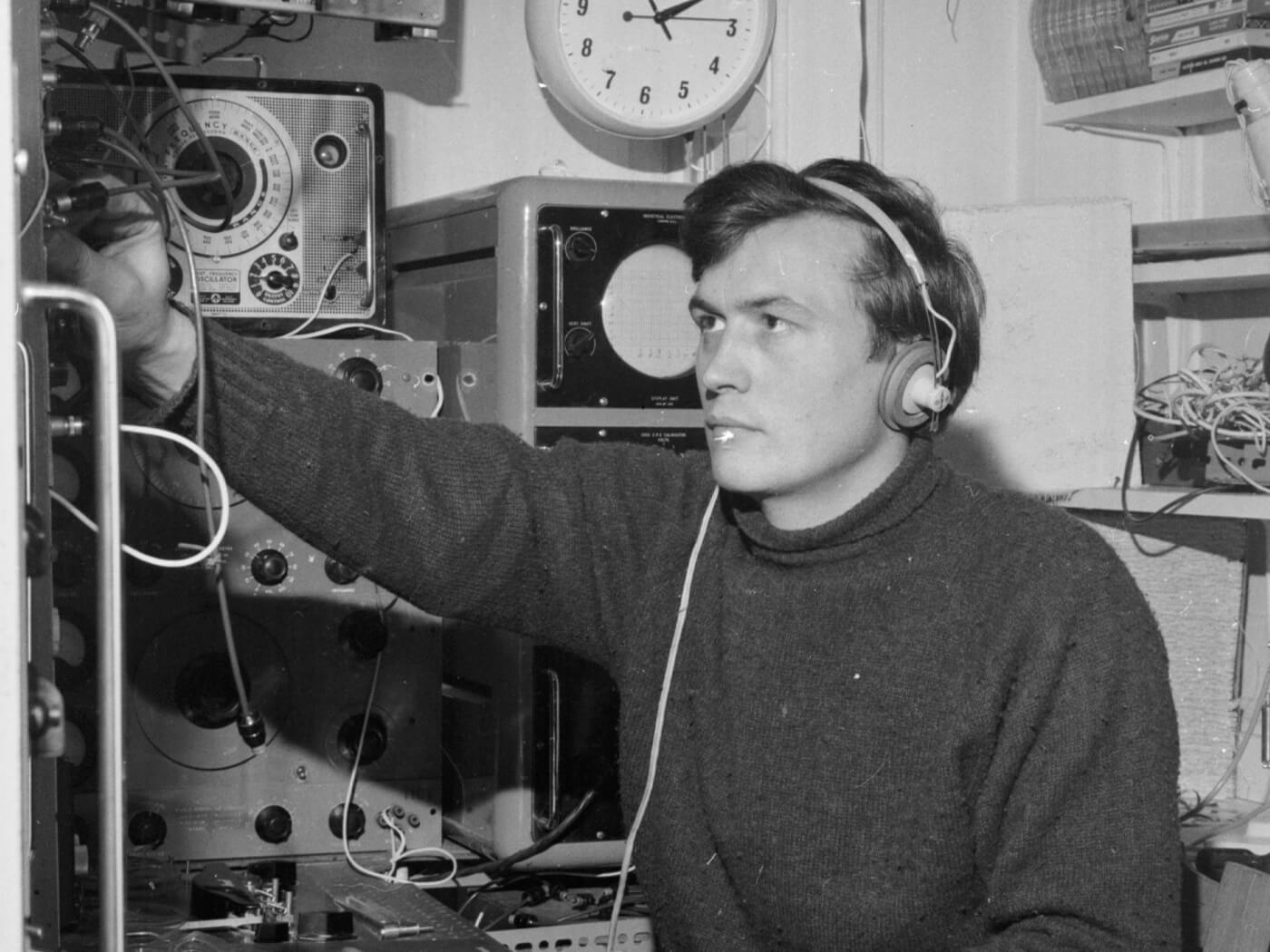 Peter Zinovieff working on a synthesizer in his office in England, 1963 (Photo by Kaye/Express/Getty Images)

Peter Zinovieff, the Russian-British founder of EMS, the synthesizer company famous for the VCS3, Synthi AKS and Synthi 100, has died aged 88. According to composer James Gardner, and reported by The Guardian, the electronic music pioneer suffered a fall at his home in Cambridge earlier in June and had been in hospital for 10 days.

Zinovieff has been referred to as Britain’s Bob Moog for his early vision for synthesizers. Although EMS, short for Electronic Music Studios, the Putney-based company only existed from 1969 to 1979, it hugely impacted electronic music and instrument-making.

He famously sold synths to The Beatles, David Bowie and Pink Floyd. The arpeggiated synth intro to On The Run by Pink Floyd was made on the EMS Synthi AKS, which was equipped with a sequencer.

His legacy in synthesis is rich. As well as teaching several notable musicians how to use his creations – including Ringo Starr – he made breakthroughs in computer-controlled synthesis along with his EMS co-founders Tristram Cary and David Cockerell. He was the first person to have a computer in his own home.

One of the most famous instruments EMS produced was the Synthi 100 – a giant synth the size of a double fridge on its side – which is revered by many artists as one of the most desirable synthesizers ever made. Soulwax (Deewee) used it to make their 2020 record titled EMS Synthi 100, and Deadmau5 recently named it one of his all-time most wanted instruments.

Among instrument makers, the EMS legacy lives on. Modern British synth maker Analogue Solutions has even made an homage to the vast Synthi 100 called the Colossus, complete with the Battleship-style pin matrix for routing. The Erica Synths Syntrx, Future Sound Systems MTX8 and Arturia Synthi V all draw inspiration from the company’s designs.

As well as designing synthesizers, Zinovieff was a notable composer and worked with Delia Derbyshire and Brian Hodgson of the BBC Radiophonic Workshop, and Harrison Birtwhistle.

Tributes have been pouring in on social media noting his generosity and incredible legacy.

In tribute to the late Peter Zinovieff, this is 'What The Future Sounded Like', a 2006 documentary tracing the story of EMS 🎹https://t.co/7WukWs6Vqx

RIP Peter Zinovieff. Terrible news. Peter was a true original. I spent a day with him once, learning about synthesizers at his house in Cambridge. I interviewed him, we ate lunch, and his lovely wife gave me a tour of the town. He had an incredible life story, & was so funny too. https://t.co/VI8ZJP5nhb

Zinovieff is survived by his wife, Jenny Jardine, and his six children, Sofka, Leo, Kolinka, Freya, Kitty and Eliena.