Could Alexa’s next feature be imitating the voices of the dead?

The experimental Alexa feature only requires one minute of recorded audio from the speaker. 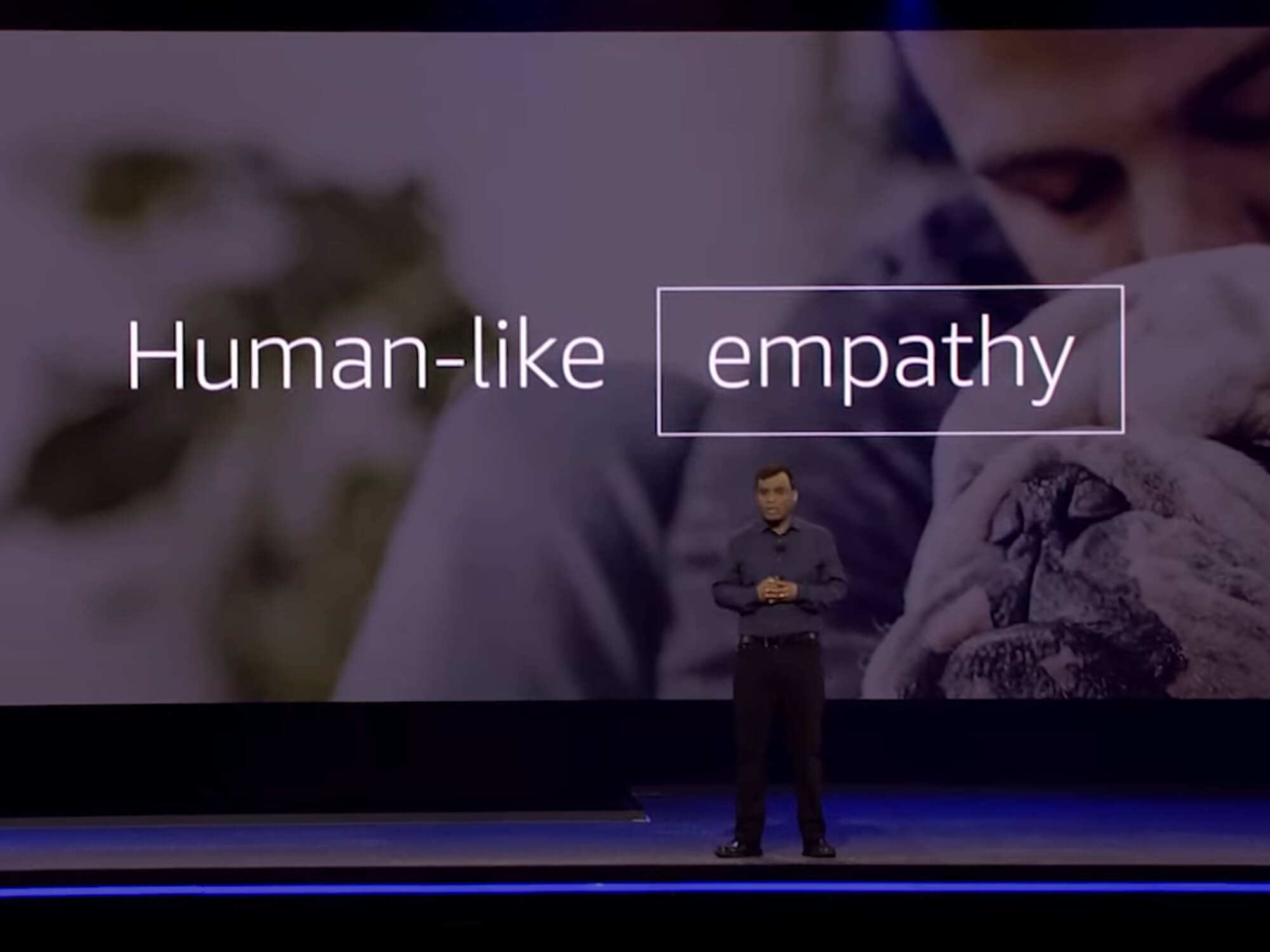 Amazon showed off an experimental feature that allows Alexa to learn and impersonate voices from those who have already passed away.

Amazon demonstrated the otherworldly feature at its recent re:MARS 2022 conference in Las Vegas on June 23 with a video showing a boy asking, “Alexa, can grandma finish reading me The Wizard of Oz?”, before showing the voice assistant doing just that. Vice-president and head scientist for Alexa Rohit Prasad explains that Amazon developed the feature with the idea that it would “make [the deceased’s] memories last,” even if AI cannot “eliminate that pain of loss”.

Prasad also claims that Alexa only requires one minute of recorded audio from the speaker to begin imitating them, meaning if the feature was ever released to the public, users could ‘teach’ Alexa to speak in the voice of their favourite artist or celebrity. Amazon themselves have not promised to make the technology public, however.

The re:MARS conference is built around exploring the future of machine learning, and has featured several other remarkable innovations including the work of Yves Nazon and Riley Pieper from the Neurobionics Lab at the University of Michigan developing ankle exoskeletons that can be programmed to provide people with assistance when running or walking, and New York-based startup ēdn’s SmallGarden box that uses cloud computing to power indoor smart gardening products to regulate light, water, nutrients and heat for plants as they require.

Amazon’s palm recognition service was recently accused of being “dangerous and invasive” over moves to integrate the service into concert venues as an alternative to traditional ticketing. The group, called Amazon Doesn’t Rock (ADR), includes artists such as Rage Against The Machine’s Tom Morello, Bikini Kill’s Kathleen Hanna, Anti-Flag, amongst many others, and has signed off on an open letter calling on Denver’s Red Rocks Amphitheatre, which recently implemented the tech, to cease using it.