Afrorack brings modular synthesis to kids: “Everything and anything is possible. It all starts with the access”

The initiative seeks to empower youths via workshops and education programmes centred around music technology and sound design. 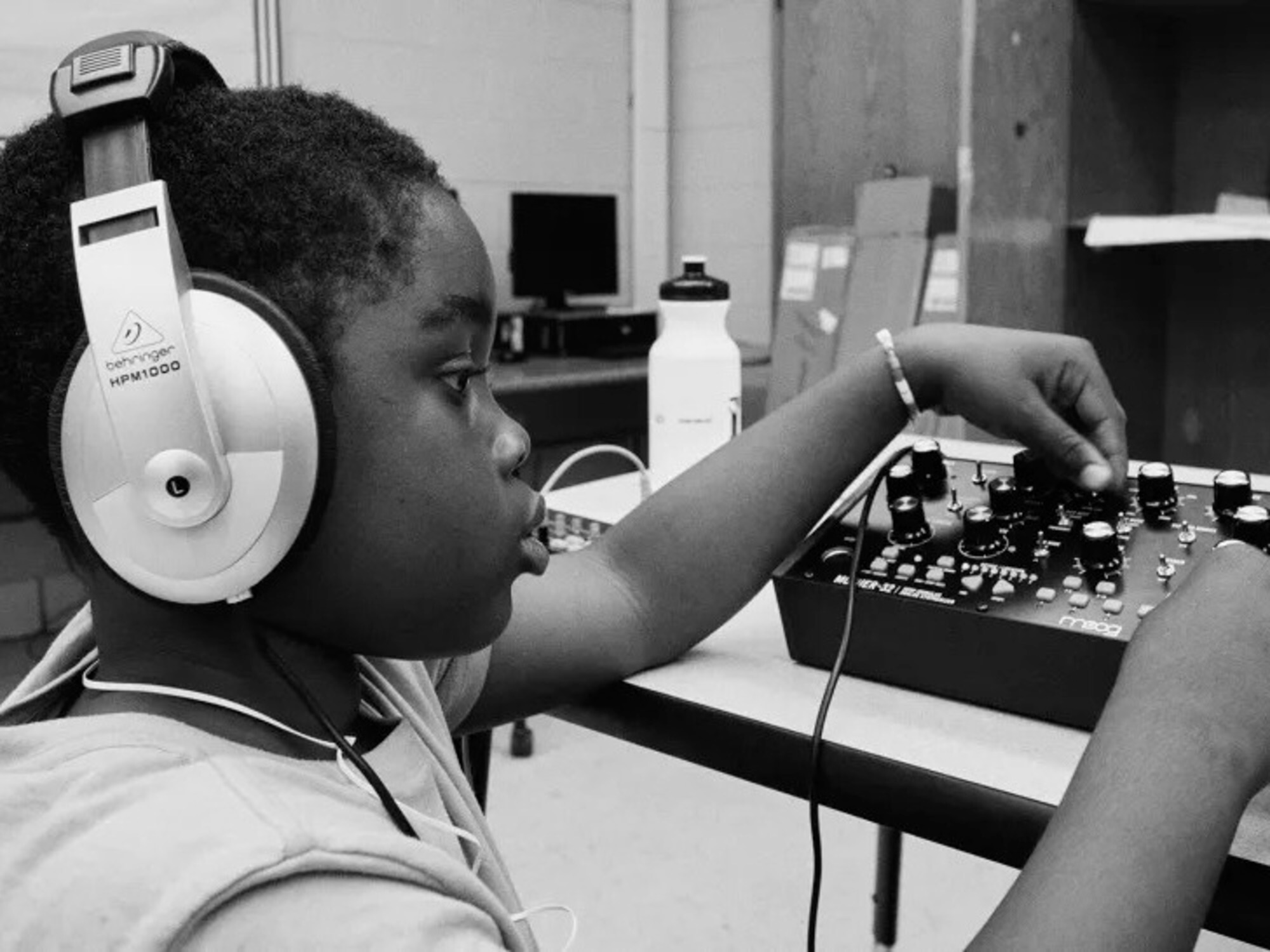 Can synthesizers make the world a better place? Afrorack founder Aaron Guice believes so, as does the audio arts organisation he runs, which offers underprivileged kids access to modular synths and other music-focused tools.

Founded in 2016, Afrorack seeks to empower children and young adults of colour via workshops and education programmes centred around music technology and sound design.

An Afrorack workshop, Guice tells MusicRadar, ordinarily consists of an array of electronic instruments, typically semi-modular synths like the Moog Mother-32 and DFAM, that participants can explore freely and create with, guided by tutors.

According to Guice, giving the kids a synthesis playground where they can literally do nothing wrong encourages them to explore and express themselves without fear: “It’s theirs, and I let them know that it’s theirs from the beginning,” he says.

“It’s not like they’re borrowing it. It’s not like they can only look at it— it’s theirs! I see myself as a facilitator between the two worlds, between electronic music manufacturers and the Black community.”

Beyond the physical tools, a synthesis education also inspires and opens up pathways for youths to enter STEM industries: “We have a saying: ‘think modular’. As we start to break down those limiting beliefs, as we start to ‘think modular’, all of a sudden everything can be folded, either which way. Everything is possible and anything is possible. It’s access, man. It all starts with the access… And I truly believe that STEM-related fields will make economic mobility possible for these kids.”

Of the project’s genesis, Guice says that his relationship with his father played a big part in driving the Afrorack cause: “I’m in LA, we’re about 10 years into it. And my mom calls me and tells me that my dad is ill. So I move back to Chicago and become a caregiver for my dad, who had Alzheimer’s. My first interaction with modular actually came during that time, using it with him,” he recalls.

“I didn’t have anything in Chicago. So I was like, ‘Okay, I need to find a music store!’ I went in to look at regular synths and things like that, but they had this huge room with a big modular case. That was the first time I’d seen Eurorack modules.”

He adds that “Modular is magical like that; the possibility of reconnecting, or maybe even repairing connections. When I was working with my dad, it was very much based around connections. Re-establishing connections. Not only socially, cognitively, but the connection between a father and a son. Because I’d been away for so long, and coming back he was so different. I took that experience, and transformed it into Afrorack.”