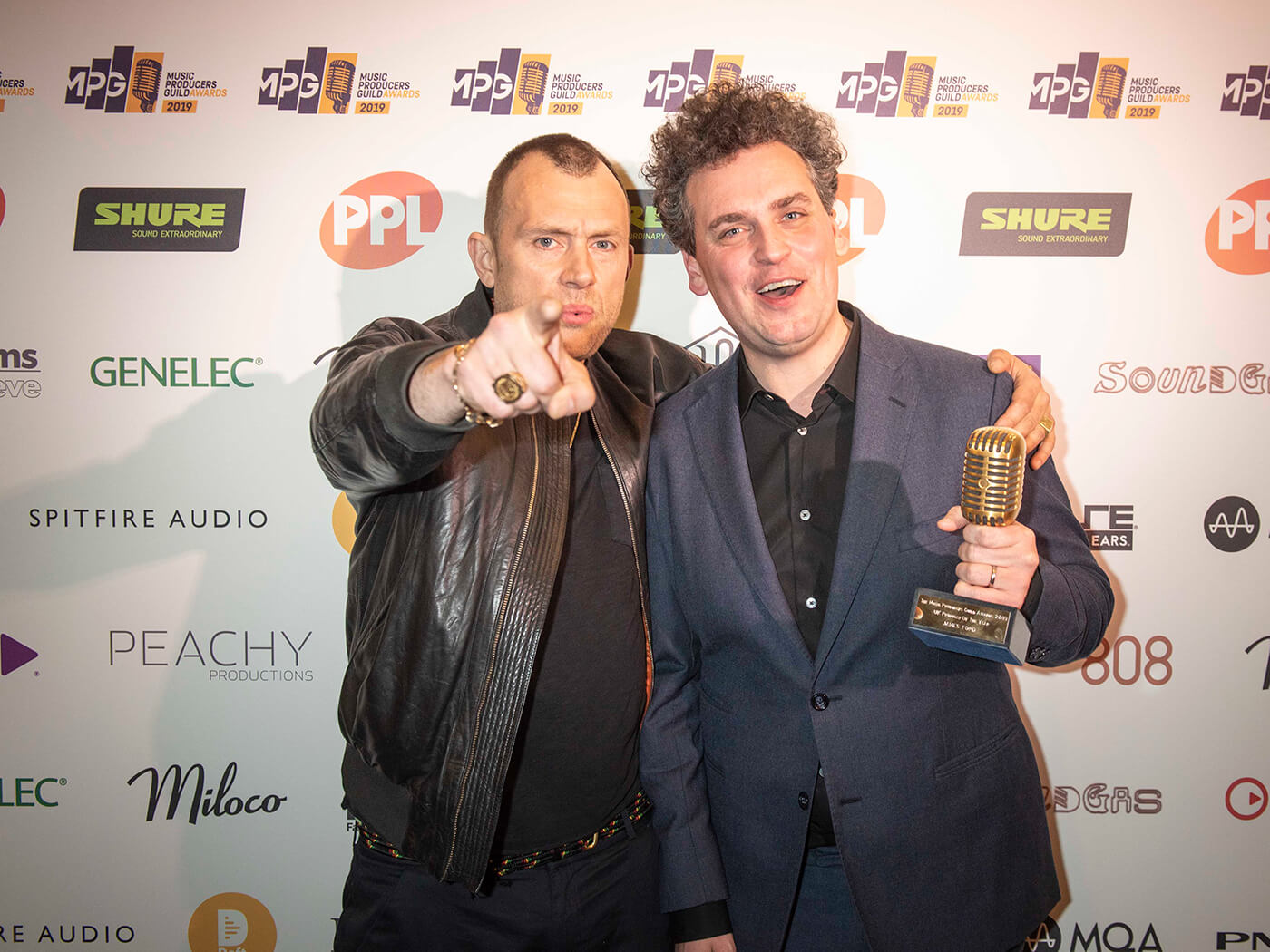 The prestigious annual ceremony recognises the top pros and rising stars in music production, and this year’s edition was no different, with awards handed out across 16 categories. Here’s a closer look at the evening’s notable winners:

Producer Of The Year

The MPG’s top accolade was awarded to British producer James Ford for his work on three albums: Arctic Monkey’s Tranquility Base Hotel & Casino, Gorillaz’s The Now Now and Everything Everything’s A Fever Dream.

Ford – one half of electronic duo Simian Mobile Disco – received the top gong from Gorillaz collaborator and Blur frontman Damon Albarn. Ford also took home the prize for UK album of the year with A Fever Dream.

In the engineering pool, Dani Bennett Spragg took home the award for Breakthrough Engineer Of The Year. The prodigious engineer helms London’s Hoxa HQ studio, and has worked with the likes of Britpop icon Jarvis Cocker, Gossip’s Beth Ditto and rocker Baxter Dury.

The hotly contested Recording Engineer Of The Year category was won by the prolific Matt Wiggins, who has worked on a wide variety of projects from the likes of Adele and Glass Animals.

The famed Rockfield Studios received the Special Recognition Award for its decades-long contribution to music in the UK. Owned by the Ward family, the studio has been the recording venue for some of the most iconic songs in British music history, including Queen’s Bohemian Rhapsody.

Another studio to receive recognition was Strongroom, which claimed the award for Studio Of The Year. Like Rockfield, the Shoreditch venue has been graced by famous British music acts, including Radiohead and The Prodigy.

Legendary producer and audio engineer Hugh Padgham was the recipient of the Outstanding Contribution award. The Grammy-winning producer has had a hand in some of British music’s most iconic works, spanning the likes of Sting, The Police, Phil Collins, XTC and Genesis.