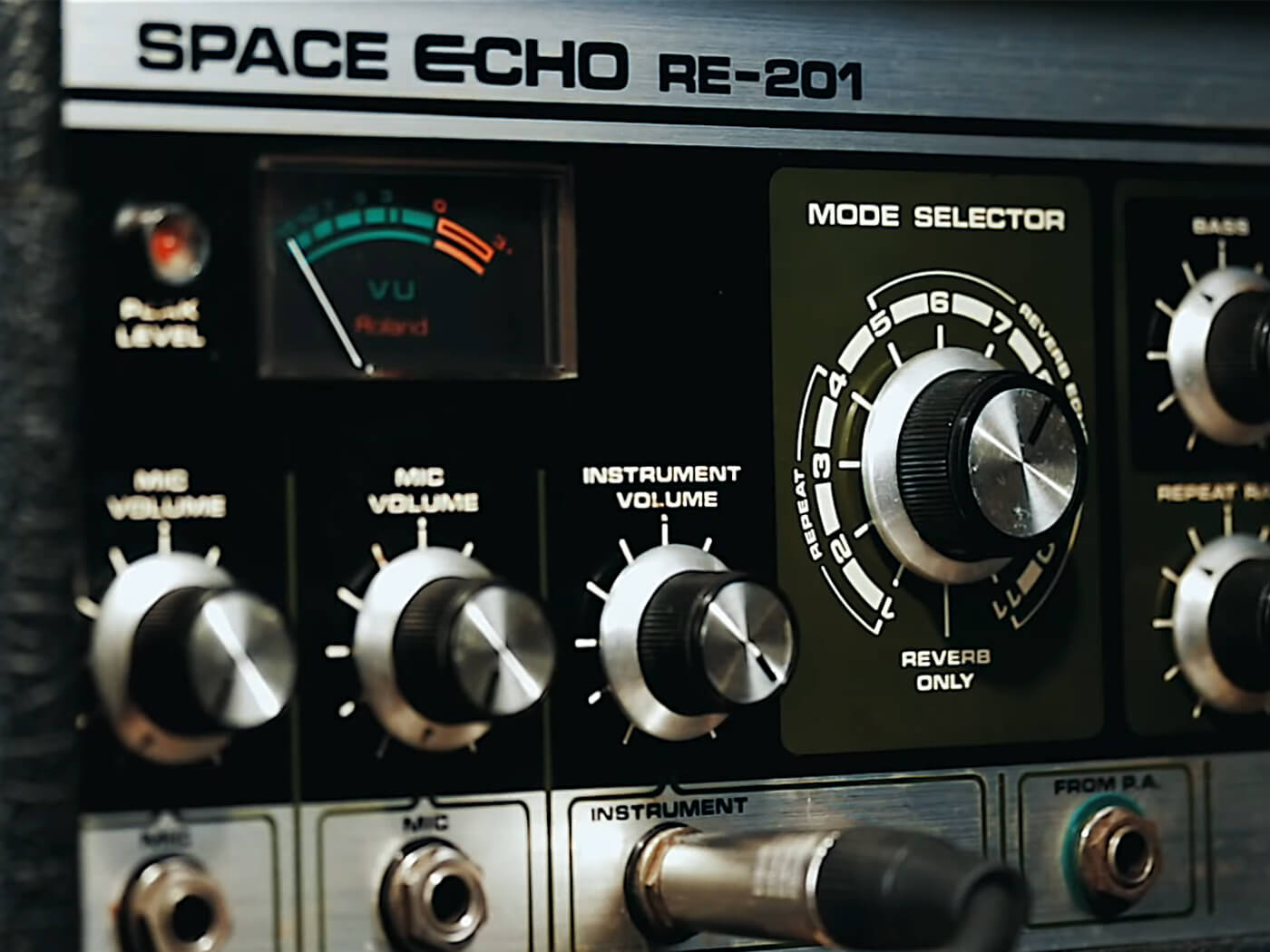 Countless of influential artists have been fans of Roland’s RE-201 Space Echo, from Mr Oizo to Pink Floyd, and Jean-Michel Jarre to Lauryn Hill. IK Multimedia makes this hardware reverb/delay available to all, with a plug-in version via the T-RackS Space Delay. This is by no means the first digital emulation of the effect, but certainly IK Multimedia’s first efforts – and with such a great track record, this one could be worth shouting about.

T-RackS Space Delay is modelled with “an unprecedented level of detail”, according to IK Multimedia, with the same parameters and recognisable sound of the RE-201. The recreation began with restoring an original unit to mint condition, then carefully analysing and measuring the unit to create a precise model of every circuit, from preamps to playback heads. This results in a user experience similar to the original, with the possibility to experiment with the three playback heads, the variable speed motor and the spring reverb.

“The physical model”, IK Multimedia details, “paired with a powerful dynamic convolution to capture every nuance of the spring reverb and other elements of the sound, results in breathtaking fidelity to the original unit”

The RE-201 is brought a little further into the future with some updates that integrate it smoothly with modern production techniques. Each of the three playback heads and the spring reverb can be separately panned for immersive soundscapes; high- and low-pass input filters offer more extensive sound shaping; a ducking feature; and Lo-Fi effects bring extreme noise and tape sounds for a truly vintage sound.

As with the rest of the T-RackS range, T-RackS Space Delay can be used as a single plug-in, or inside the T-RackS 5 shell.

The T-RackS Space Delay is available now for $/€99.99. Find out more at ikmultimedia.com