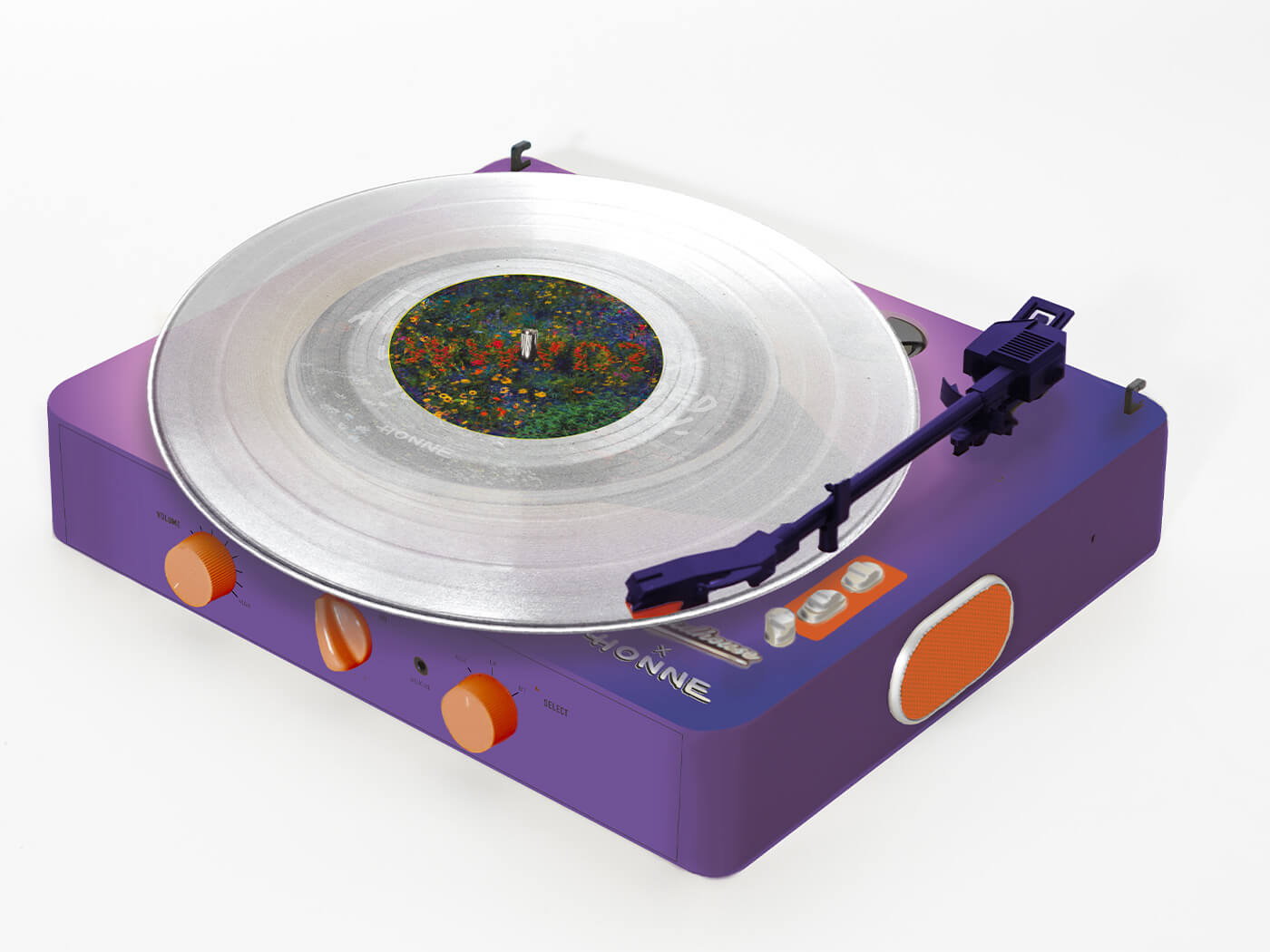 British production duo HONNE has collaborated with Bangkok-based audio brand Gadhouse on the HONNE x Gadhouse Brad Retro Record Player Exclusive Set. The bundle comes with a crystal clear 12-inch vinyl of HONNE’s latest album, Let’s just say the world ended a week from now. What would you do?.

Gadhouse says that its retro-modern turntable has been designed specifically for music lovers, combining old-school aesthetics with “sound quality of modern technology”. The purple and orange finish is certainly striking and the unique HONNE rubber mat makes the turntable stand out even more. Imprinting the concept of HONNE’s album onto the player will allow fans to be “ immersed in music and feel the great vibes in every element that James, Andy, and Gadhouse put their heart into”, Gadhouse says.

The Brad Retro Record Player is a belt-driven turntable with three speeds of playback at 33, 45 and 78 RPM. It’s built with Gadhouse’s Ruby stylus, pitch control, volume knobs, play and pause lift lever and function selection. It has built-in stereo speakers and Bluetooth 5.0, but you can route audio out to external speakers with an RCA out. You can also feed audio in using the 3.5mm audio jack input.

HONNE and Gadhouse’s record player is limited to just 500 units, with pre-orders open from today (9 July 2021) at a price of £184. HONNE’s new album, Let’s just say the world ended a week from now. What would you do?, will be released on 22 October, which is when the Brad Retro Record Player is expected to be delivered.

Find out more at gadhouse.com.